Conservation biology uses the biological sciences to help preserve biodiversity on the planet. This branch of biology is concerned with understanding the mechanisms by which natural populations of plants and animals decline as a result of human disturbance to their habitats. Conservation biologists also devise strategies for humans and other species to coexist on the planet in a long-term, sustainable way.

Conservation Biology Is a Crisis Discipline 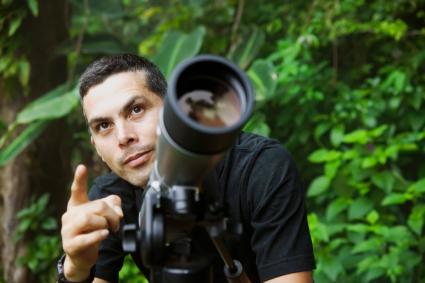 Michael Soule, Professor Emeritus of Environmental Studies at the University of California, Santa Cruz, describes conservation biology as a crisis discipline, saying that in its relationship to biology, it is "analogous to that of surgery to physiology and war to political science." He goes on to say that, "In crisis disciplines, one must act before knowing all the facts; crisis disciplines are thus a mixture of science and art, and their pursuit requires intuition as well as information."

According to Conservation International, conservation biologists focus on global hotspots of biodiversity, places with extraordinarily high biodiversity that are imminently threatened by human activity. These hotspots are often in developing countries, where the economic livelihood of large human populations is linked to unsustainable methods of natural resource extraction, such as the logging and conversion to agriculture of large tracts of the Amazon rainforest. 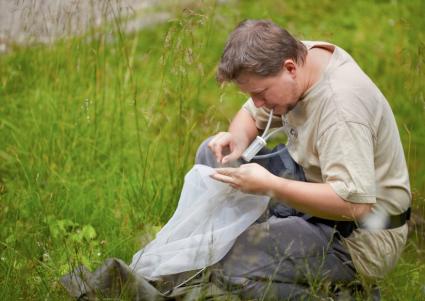 As a crisis-oriented and solution-driven discipline, conservation biology looks to a wide range of sources for the information, technology, skills and funding that it takes to protect threatened species. At times, conservation biologists conduct research in the lab like any other scientist, but most of their work is done in the field, as they try to understand the specific problems in a given environment and then implement solutions as quickly as possible.

Conservation biologists rely heavily on the academic work of ecologists, who study the relationships among species, as well as between each species and the environment that forms its habitat. Geneticists, natural resource managers, and bio-geographers are other key players that empower conservation biologists with the tools they need to be successful.

Supporting People and the Environment

The social sciences, philosophy, politics and economics also come into play. This is because conservation biologists must understand the social, political, and economic factors that lead people to exploit the environment. Often, the solution to the problem relates as much to creating sustainable livelihoods for people, as it does to doing something directly for the species that are threatened by human activity. 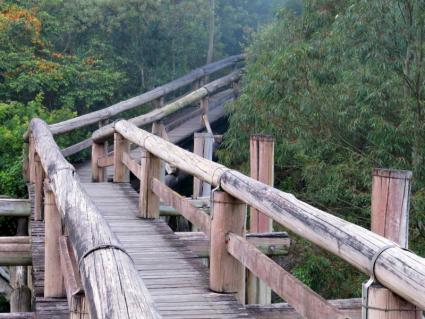 Creating parks and reserves has been a major strategy used to protect endangered species. Conservation biologists are charged with figuring out which areas are most in need of protection and how the environment within those boundaries should be managed.

One branch of conservation biology is concerned with ecological restoration. Once an area has been protected, there are often human interventions that can be used to help nature return to a stable, healthy equilibrium quicker than it would on its own.

Of course, this approach is incomplete without addressing the needs of local people who used those landscapes to sustain themselves. If the land becomes off-limits for use, alternative livelihoods must be developed or conflict is likely to occur between locals and the outsiders who have intervened. According to the MarineBio Conservation Society, the solution has often come in the form of eco-tourism, where local people are employed as guides, service workers and land managers in a sustainable tourism industry.

Another approach, often used in tandem with eco-tourism, is to allow locals restricted access to park and reserve areas to harvest materials for traditional crafts or other products for which there is an economic demand. Conservation biologists help determine which degree of harvesting is sustainable. They then work with economists, entrepreneurs, non-profit organizations and policy makers to create a system of land use, production, marketing, and distribution that provides a dignified life for local people. They do so while protecting the natural resources on which they - and, in many ways, the rest of the planet - depends. This is often referred to as sustainable development. 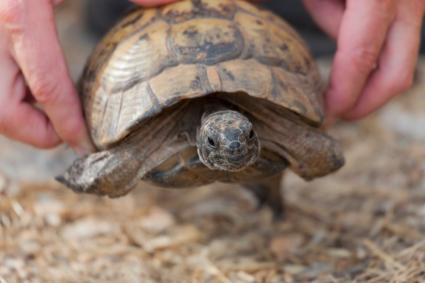 Protecting genetic diversity is an incredibly difficult proposition on a planet with more than 7 billion people and counting. Making a donation to a conservation organization or purchasing fair trade, sustainably-produced goods from some of the global hotspots of biodiversity are two ways to make a direct impact and help conservation biologists with the overwhelming task at hand.

Conserving resources by shopping locally, driving less, and investing in alternative energy sources are ways that everyone can help diminish the development pressure on the remaining natural areas of the world. If there is one take-home message from the work of conservation biologists, it is to "think globally and act locally."