Blast fishing is one of the most destructive fishing techniques currently in practice. Any of the possible advantages of blast fishing are more than outweighed by its negative environmental consequences and the indirect effects of those consequences. However, blast fishing continues to this day, despite the widespread knowledge of its flaws.

The Process of Blast Fishing

Endangered Species International (ESI) describes dynamite fishing, or blast fishing, as a fishing method in which homemade explosives are detonated in marine habitats to kill the fish in advance. After the explosives go off, the fish float to the surface of the water, and the fishermen can collect them from there.

Blast fishing is a swift and dramatic method of gathering fish.

The Purpose of Blast Fishing 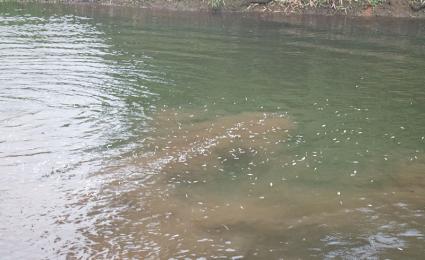 The popularity of blast fishing can be primarily attributed to economics. The process does at least make it theoretically easier to get large fish yields, at least compared to the fish yields that can be generated using other fishing methods.

Encyclopedia of Earth states that the explosives cost two US dollars or less to construct, while the fish yields that they produce can bring in as much as 40 US dollars, making it cost-effective for at least some people involved with the process. While blast fishing carries a relatively high risk of occupational hazards, it is profitable enough to compensate. It is possible that the economic situation surrounding blast fishing may have to change before environmentalists can make significant progress towards ending the practice, although the future of blast fishing is uncertain.

Prevalence and Legality of Dynamite Fishing

The ESI states that blast fishing is illegal in most countries.

However, fishers in as many as 40 countries worldwide may still practice blast fishing on reefs. According to the AWI, blast fishing is a relatively common practice among fisherman in Africa, Southeast Asia, and the Aegean Sea. The ESI states that illegal blast fishing is prevalent in the southern Philippines in particular, to the detriment of local wildlife.

Blast fishing can have significant negative effects on coral reefs and marine animal populations. It should also be acknowledged that blast fishing is just as unsustainable economically as it is environmentally. 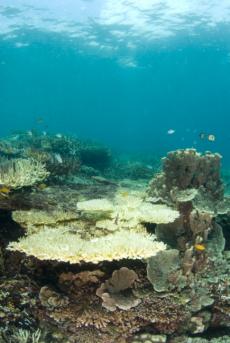 The explosives used in blast fishing can release shockwaves that are threatening to marine ecosystems in general, and coral reef habitats in particular, as the AWI indicates.

TRCC indicates that animals other than fish, including sea turtles, can be affected by the explosions from blast fishing. To make matters worse, the AWI says that the explosives used in blast fishing are often made with fertilizers and kerosene, which can act as environmental pollutants when they are introduced into marine environments. Endangered species will be affected in more ways than one by blast fishing, and more and more species will become endangered as a result.

Sievert indicates that in the long run, blast fishing damages fish yields by damaging the marine ecosystems that sustain those yields in the first place. Fishers that rely on blast fishing may be making a profit in the short-term, but they are ultimately disrupting their long-term business interests. However, Sievert alludes to the difficulty of convincing certain blast fishers that their fishing methods are ultimately untenable, which is one of the challenges involved with ending blast fishing for good.

Blast Fishing in the Future

The negative consequences of blast fishing are increasingly well-documented, which may or may not make a difference. The legal, economic, and political circumstances involving blast fishing will not last forever, but it is possible that blast fishing and the associated problems will persist for years to come.