Drought is increasingly on the minds of Americans and concerned citizens everywhere. The western United States has experienced periods of horrible droughts throughout history, and climate change is blamed for producing more extreme weather variations in many other regions. Understanding what causes a lack of precipitation helps shape policies and choices that have the potential to exacerbate or reduce the effects of droughts.

The NASA Earth Observatory lists three factors that cause drought. These are interrelated, naturally occurring phenomena that determine the location, severity and frequency of droughts.

Temperature of Oceans and Land

Precipitation is the result of the natural process in which:

The process is driven by the heat of the sun; the hotter it is, the greater the rate of evaporation. Thus, if the temperature of the ocean or the surface of the land is relatively cool in a certain area, drought may occur in regions that rely on those sources of moisture. For example, cold temperatures in the Pacific Ocean near the equator are usually correlated with low rainfall in the western and central U.S.

Air Circulation Patterns in the Atmosphere

Large-scale weather patterns, including the distribution of rainfall, are largely driven by the patterns of air circulation in the atmosphere. As hot air rises and expands, it creates a contrasting flow of air from cooler areas where air condenses and sinks. This gives rise to air currents that move moisture around the atmosphere and result in different patterns of rainfall in different regions. 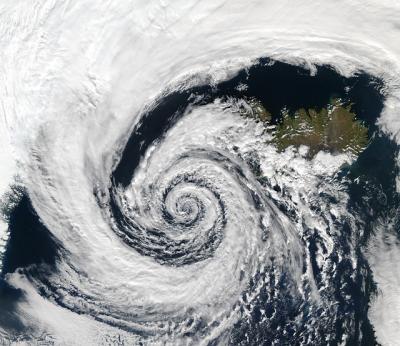 When there is an anomaly in surface temperatures, typical patterns of air circulation change, which means precipitation patterns also change. This leads to higher-than-average rainfall in some areas and drought in others. El Nino and La Nina are prime examples of a major fluctuation in air currents, which is often associated with drought in locations such as Africa, Australia, India, Brazil and Hawaii.

Quantity of Moisture in the Soil

Soil moisture influences cloud formation, or the lack of it, at a more local level. When the soil is moist, surface air temperatures stay cooler because more of the sun's energy is absorbed in the process of evaporation. If the ground is dry, there is no local source for the moisture that causes clouds to form. This leads to hotter surface temperatures which make the soil even drier. The cycle builds on itself and results in long term droughts.

Besides meteorological factors that cause drought, human activity can also be a factor. Human activity has reduced the amount of rainfall in many regions of the world. Sometimes how much water humans consume, and the timing of that consumption, factors into how much water is available at a later date for people, plants and animals. Thus, drought can also be viewed as an imbalance between supply and demand.

Widespread deforestation can contribute to drought especially in regions where rainfall is formed by local water cycles. In conventional rainfall, water evaporates from local land and water sources during high temperature. The water-laden air rises up in the atmosphere, where it is cooled and comes down as rain. This is common in the tropics. Forests lose water through evapo-transpiration which feeds the local water cycle. When forests are cut, there is less water evaporating which in turn reduces the amount of clouds that are formed. 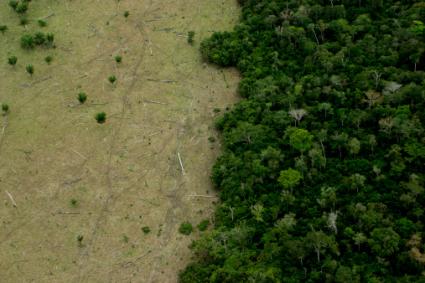 Soil degradation occurs when protective plant cover especially forests are lost exposing the soil. Intensive farming, which involves deep plowing and use of chemicals that destroy soil structure, is another widespread cause.

As opposed to meteorological drought, which is a result of only weather and climatic conditions, hydrological drought is caused by lack of precipitation (rain and snow) over longer periods, and a greater demand for water in a given region than is available. Sources for water may include natural lakes and rivers, manmade reservoirs and groundwater.

A drought occurs when all of these combined 'demands' become greater than the available water supply for an extended period. Hydrological drought requires a long term to be mitigated as recharging of natural water sources happens slowly. When the demand for water is high during a period of low rainfall, when the rivers and groundwater are not re-charged as usual, the impacts can be worse.

The timing of precipitation and water demand has a lot to do with when a drought occurs. Even if the overall water supply is low, drought is usually less of a concern in the winter months because demand is far less than in the summer. 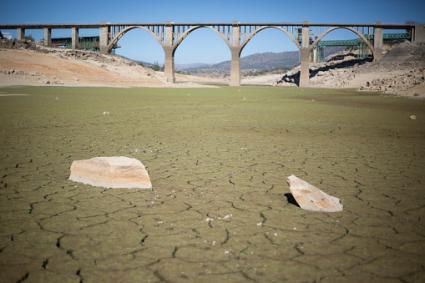 Agricultural droughts tend to occur when there's not enough water in springtime to help establish seedlings and ensure the success of the crops. When the distribution of precipitation occurs more in the summer than in the winter, a lot of the water is quickly lost to evaporation and runoff, rather than being stored as snowpack. This causes drought conditions later on when people or natural systems are accustomed to having water available from snowmelt.

As human-caused climate change is increasingly pushed, many scientists are studying its supposed effects on drought. As the meteorological mechanisms that cause drought make clear:

NASA points out there is conclusive scientific evidence that climate change makes the planet hotter on average, which makes heat waves more intense and droughts more severe. In the continental United States, the frequency and severity of droughts is expected to increase across the country during the next few decades.

The causes of drought are complex, interrelated and, increasingly, manmade. However, there are many ways to conserve water, which is becoming more and more of a priority in regions that are afflicted by drought. In fact, people everywhere should consider practicing water conservation as a preventative measure against future droughts.

1
Comments
© 2006-2021 LoveToKnow, Corp., except where otherwise noted. All Rights Reserved.
What Are the Main Natural and Human Causes of Drought?