Pesticide resistance was first noticed in the 1950s. This phenomenon followed the spread of industrial farming to every corner of the globe.

Pesticide resistance is the ability of plants and animals to survive chemical pesticide application. This develops due to the repeated use of the same chemical. It is also called pesticide tolerance as it produces individuals who can tolerate and thrive despite applications of high concentrations of pesticides.

To understand pesticide resistance, it is necessary to understand processes of pest build-up and the need to use pesticides in farms.

Decrease in Diversity Due To Monoculture 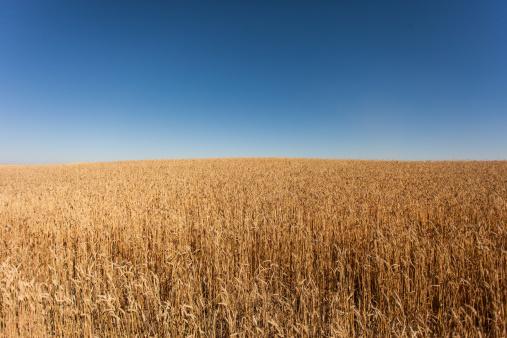 In traditional agriculture a crop consisted of plants that ranged from low to high yielders, so the overall yield from a crop was modest. Moreover, a farm typically grew many types of crops, or had a mix of annuals and fruit bearing trees. In a quest to maximize output from a given area, industrial agricultural depends on monoculture of high yielding varieties, that are planted over large areas, to facilitate the use of machinery.

In monocultures individuals plants have similar characteristics and they lack genetic diversity. Unfortunately, plants that are high yielders have less resistance to pests and diseases. This happens because each plant has limited resources, and there is a "trade-off" between the energy it spends on defense/resistance to pests and yield (pg. 1, 2). So high yielders usually have little defences against their natural enemies. The large number of weak plants in monoculture also encourages an increase in the number of pests.

Development of Resistance Against Pesticides

The development of resistance to pesticides is due to evolutionary forces. In wild populations individual plants and animals have different characteristics. Just as yield can vary, there is range for each characteristic, including susceptibility to chemicals in pests. This is due to genetic diversity.

To understand this, consider how people are affected differently by viruses. When there is a flu attack, not all people are affected to the same degree. A spectrum of responses occurs, with some not affected at all, some who suffer slightly, and some severe cases that result in the deaths of patients. Just because a person may be afflicted by the flu, it doesn't mean s/he will be afflicted by another illness. It works the same way with pesticide resistance - some plants and animals are affected to varying degrees and to different chemicals.

When pesticides are applied, the weaker pests were eradicated leaving behind individuals who could thrive even in the presence of the chemicals. These went on to produce the offspring that grew in the next season. With repeated applications of chemical pesticides the portion of chemical resistant individuals grew, as weaker insects and weeds continued to die, explains Washington State University.

Farmers responded by adding more fertilisers. This increased toxicity once again acted as a selective force, leaving behind only individuals immune to that particular chemical producing super-weeds and super-bugs.

Popular use of herbicides is limited to just a few herbicides, so the chances of exposure to these chemicals in any given area increase speeding up development of resistance to these chemicals point out Iowa State University Extension and Outreach (ISU) (pg. 9). Insects became resistant to DDT within 2-20 years (pg. 6).

Use of GMO Crops 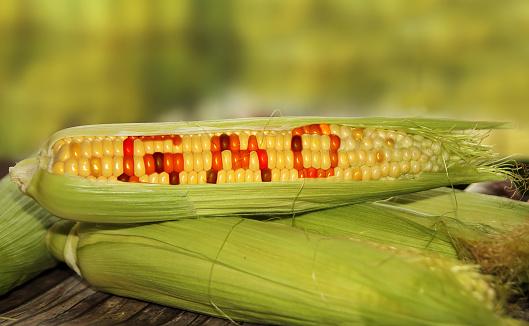 Growth of Genetically Modified Organisms (GMO) crops is in particular associated with pest resistance. Many GMO crop varieties, for example the "Roundup Ready" crops have been developed to control weeds through the use of Roundup or glyphosate. Weed control is not effective if other herbicides are used as they could also harm the crop. In these fields repeated use of this single chemical has hastened pesticide resistance. The occurrence of many super-weeds are associated with growing GMOs and use of glyphosate points out the Union of Concerned Scientists-GMO.

The Union of Concerned Scientists reports that half of the farms in USA suffer from super weeds that have developed from over-use of herbicides.

Pesticide resistance can be managed in farms by following the Integrated Pest Management System (IPM), according to Penn State Extension. The IPM is a set of management practices that aim to develop conditions in farms that are not conducive to pests and their multiplication, points out the University of California's IPM program (UC-IPM).

As the U.S. Environmental Protection Agency (EPA) elaborates, IPM involves identifying pests and monitoring them, prevention and as a last resort control of pests. It is necessary to identify the insects or weeds that are in the farm to choose the right practice to handle them.

Regular monitoring of numbers is also important. There are always some pests and diseases in every farm and garden, and some loss. This is nothing to worry about. It is only when the loss comes serious that it becomes a problem, and has to be tackled with pesticide sprays. Therefore monitoring the farming carefully to gauge the number of pests is one of the most important step in fighting pesticide resistance insists the University of Washington.

The best way to prevent the development of pesticide development is to grow a farm that is rich in diversity and thereby decreases pest build-up in the first place. In addition follow some simple cultural practices as advised by the Food Agriculture Organization (FAO), and the Penn State Extension.

There are many natural enemies of pests that can be used to control pest populations. These could be predators of insects or herbivores that eat weeds. Natural enemies need not just be predators, they can also be parasites and pathogens, that the pests suffer from, which in the wild serve as a check for pests. Pesticides often kill these beneficial species, increasing pest numbers notes Texas AgriLife Extension. The following three ways can promote natural enemies.

When the attack by pests cannot be limited, pesticides can be used. Use the correct amounts and decrease the frequency of applications so that the exposure to these chemicals is reduced recommends Washington State University. They also advocate limiting application to necessary areas and proactively leaving an area untouched so that all pests do not get exposed to the chemicals. Use different sprays in subsequent years and avoid dependance on a single chemical.

By limiting use of pesticides, it is possible to avoid or at least delay development of pesticide resistance. The surest way to avoid them is to adopt organic farming that involves no use of chemical pesticides.

Due to an over-reliance on pesticides farmers incur unnecessary costs and reduce their profits. Pesticides are also detrimental to the environment and people in the farm and beyond. Containing pesticide resistance is beneficial to the whole society except some vested interests.