Supporting ocean preservation is a way of promoting several other environmental objectives at once. Wildlife conservation, fighting global climate change, and maintaining natural resources are all relevant to ocean preservation and conservation. Many of the ways that humans alter the natural world in general affect the ocean in particular.

The MarineBio Conservation Society (MBCS) indicates that the ocean has often been perceived as a boundless area that could be mined for supplies indefinitely. Fortunately, this flawed perception is beginning to change, and people are starting to recognize the importance of ocean preservation.

Air quality and quantity are both essential for human, animal, and plant life.

Ocean conservation is a vital part of resisting global climate change, which is one of the most pressing modern environmental concerns. According to the Worldwatch Institute (WI), ocean vegetation, coral, and algae hold as much as 93 percent of carbon dioxide. Conservation International (CI) indicates that the ocean holds a large quantity of the excess greenhouse gases that humans produce, and that global climate change would be significantly worse otherwise.

However, the WI points to evidence that the ocean may not be able to keep up with the increase in carbon dioxide emissions throughout the world. Since the year 2000, the amount of carbon dioxide from fossil-fuel emissions that oceans have taken in has proportionately decreased by 10 percent. The acidification of oceans is only going to fuel that trend. Many of these factors reinforce one another, making the underlying problem worse and strengthening the case for ocean conservation.

According to the MBCS, photosynthesis from marine phytoplankton may yield as much as 90 percent of the Earth's oxygen, given the prevalence of phytoplankton in marine ecosystems and the large scope of marine ecosystems on Earth. The MBCS states that the majority of the oxygen that phytoplankton creates will become atmospheric oxygen, even though the ocean traps some of it. CI indicates that the ocean is vital towards maintaining the living conditions that are necessary for human life, not only in regards to air but also food, jobs, and more. 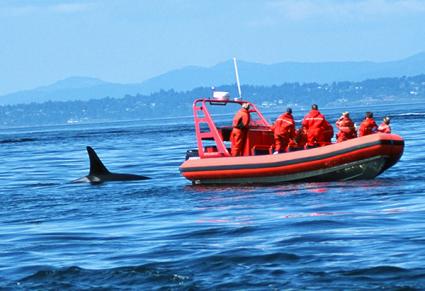 According to the National Oceanic and Atmospheric Administration (NOAA), marine ecosystems contain more than 50 percent of the world's species, all of which could be negatively affected by insufficient ocean conservation efforts. The MBCS describes the problem of the increase in the number of endangered marine species, including sea turtles, salmon, whales, manatees, and various seabirds. CI also points out the vulnerability of coastal habitats, given the damages that one-third of coastal areas have sustained.

NOAA estimates that humans get as much as 20 percent of their dietary animal protein from marine ecosystems, which is just another consequence of the fact that so much of Earth's wildlife lives within the ocean. MBCS estimates that 200 billion pounds of shellfish and fish are gathered annually. CI states that at least one billion people receive their protein primarily from marine habitats. Carnivorous and omnivorous marine animals will get the majority of their protein from marine habitats as well. The loss of ocean wildlife would rob humans and animals of important protein sources.

The NOPC names six economic sectors connected to the ocean, including transportation, construction, ship and boat building, living resources, tourism and recreation, and minerals. Tourism related to marine and coastal areas is a booming business. The NOPC estimates that 189 million Americans travel to coastal areas recreationally every year. If marine and coastal landscapes changed significantly, it could affect countless people economically.

It is safe to say that modern medicine would not be where it is today in the absence of thriving oceanic landscapes. NOAA discusses the important role that marine wildlife has played in medical testing and research, including animals like soft coral, crabs, sponges, and microalgae. NOAA also points out that approximately 95 percent of the ocean is still unexplored territory, and the ocean may still hold many possibilities for future medical technology.

The ocean is an important symbol in many cultures. The Marine Conservation Institute describes the vast role that the ocean has played in all of human history. Oceanic landscapes have inspired artists throughout time. People that are working towards ocean conservation and preservation should not underestimate the emotional importance of the ocean's aesthetics.

Ocean preservation provides an excellent vantage point from which to approach multiple environmental issues. However, ocean preservation is still an important goal in its own right. Marine ecosystems have instrumental value for humans and wildlife, as well as intrinsic value.