Land pollution is the contamination or degradation of land. While most of the land pollution is man-made, there are also natural causes; many of which are exacerbated by human activities.

Land pollution comes in many manmade forms such as accidental disasters, Brownfields, waste management and landfills, pesticides and agricultural practices, clear cutting, urban development and energy production. Each has a long-lasting negative impact on the environment, but can be controlled and each has a solution.

The Deepwater Horizon Spill that occurred in 2010 in the Gulf of Mexico in just one example of an extreme accident that killed people and aquatic life. The spill impacted environmental and economical sectors and even reached the shorelines. In 2016 it was reported that loss vegetation due to the oil spill has lead to large-scale shoreline erosion. Even though they are unintentional, the impact of disasters like this has far-reaching consequences.

A Brownfield is land that has been abandoned and often contains hazardous pollutants or substances left behind by industries and factories. Brownfields can also be old mines as well as former industrial dump sites. Storm water runoff is a major concern for this type of property since it can create water pollution and spread pollutants and contaminants to other lands as well as water sources.

The EPA's (Environmental Protection Agency) Brownfields Program was created to reclaim these pieces of real estate and through cleanup and redevelopment, make them usable and valuable pieces of properties once more. According to the EPA:

There are environmental, social and economical benefits of cleaning up contaminants from a land, points out Minnesota Brownfields (pg. 7).

Mining and extraction of fuels, the energy production process, and waste disposal can all lead to pollution problems. 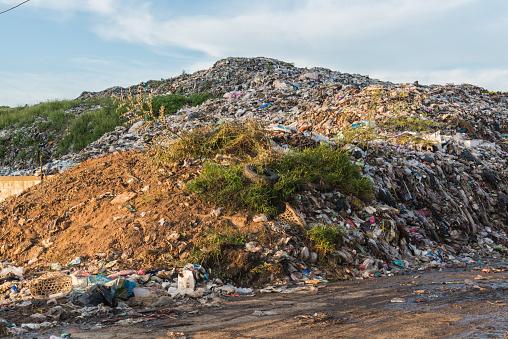 Leachates from solid waste landfills contain pollutants depending on what is disposed. This can vary from heavy metals to organic compounds that impact land and underground water sources. There are also special landfills to hold hazardous materials, according to EPA-Landfills. There were 1956 landfills in the U.S. by 2014 according to Statistica. This problem is compounded by illegally dumped chemicals.

Harmful chemicals used in agriculture collect in the soil and eventually create contaminated land as well as water runoff that finds its way into streams and rivers to other land and eventually the oceans.

One of the most overlooked causes of land pollution, are the 1.6 million miles of unpaved roads in the U.S. These roads erode very easily and once the process begins, they deteriorate very quickly. The sediment washes to nearby streams and rivers raising their level, making them flood during rains. This sediment also affects aquatic life that need clear waters. The dust in dry seasons is a problem for neighboring farms and for people who inhale the dust.

A second category of causes are natural processes which can create soil pollution, and these are not easily controlled. Some processes like erosion, floods, forest fires, and storms can be exacerbated by human activities.

Naturally occuring erosion was gradual and did not displace much soil. Rainfall, climate and slope are the natural causes of erosion. However, this natural process' impact is exaggerated due to many human activities, such as grazing and intensive agriculture, which replace forests that hold the soil together. The current erosion levels can lead to severe pollution as sediment finds its way into streams, rivers, and oceans. As the sediment dumps into the oceans, it can upset fragile aquatic eco-systems and marine life.

A raging river swollen by rain or a heavy snow thawing too quickly, are natural causes of flooding notes National Geographic. Floods can cause extensive damage to property, people, and animals.

Large-scale deforestation has led to increased runoff, and climate change has increased the force and volume of floods. In the U.S., increased paved areas prevents percolation of water into the soil, which subsequently swells floods, according to WWF-Floods.

Lightning strikes can create massive forest fires as easily as one created by a careless camper or passerby. Natural fires are part of many ecosystem dynamics. Past landuse and climate change are making it worse. Fires result in destruction of forests and kill wildlife as well as damage to properties and loss of lives. 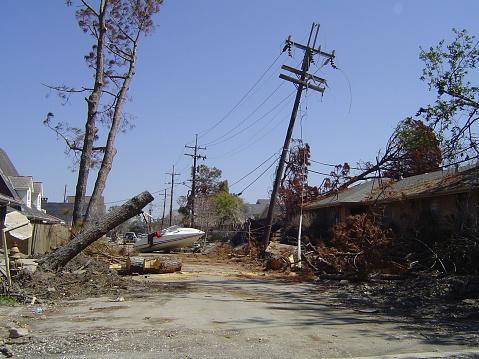 Natural disasters such as earthquakes, tornadoes, and hurricanes destroy manmade structures, and carry contaminates and hazardous materials into waterways and oceans. These pollutants disrupt the natural order of marine life and aquatic systems.

There is growing evidence that the intensity of hurricanes has increased since the 1970s due to manmade climate change. Intense storms like Hurricane Harvey that occurred once in a 100 years now occur once in 16 years reports the Union of Concerned Scientists.

Many people are surprised to learn that soil can be contaminated from natural elements such as heavy metals that include lead, arsenic, chromium, selenium, and cadmium. These metals are pesent everywhere due to the natural weathering process of rocks which produces soil. These are however usually in low concentrations. Plants growing in healthy soils can accumulate them according to New Hope.

Radon is present naturally in soils and rocks, as a result of uranium decay. From the soil this gas escapes into air and can find its way into water. It is found in high concentration in caves, mines, and water treatment facilities. In the open air its concentration is not high, however indoors its concentration can increase. When inhaled, this radon causes lung cancer. This gas is responsible for 3-14% of lung cancer in the world, according to World Health Organization (WHO).

Land pollution can occur naturally, but the majority of the issues that face the world today are manmade or intensified by people. Some of the causes can be resolved by those creating the pollution by taking preventative measures. Other causes like deforestation and climate change need long term solutions.