The problem of air pollution in America has been increasing in severity since the early 1700s when coal mining first began. There are numerous sources of air pollution today and researchers continue to look for ways to combat both the problem and its effects on the environment.

Main Cause of Air Pollution in America

Not surprising, the areas with the worst air pollution are those around large cities. Because of the crowded city conditions and a large amount of traffic, these areas maintain dangerous levels of ozone all year. In America, the biggest source of air pollution is transportation. The EPA reports, "75 percent of all carbon monoxide emissions nationwide" comes from vehicle exhaust. That percentage escalates to 95 percent in cities.

Most Polluted Cities in America

The top cities that have the highest ozone rates of pollution are listed. These cities can have as much as 95 percent ozone pollution from vehicle exhaust. California has the most cities with air pollution despite the steps it has taken to ensure cleaner air for the state residents. According to the 2018 American Lung Association's annual State of the Air report, the Los Angeles/Long Beach, California area continues to hold the number one spot as the most polluted city in America. It has held this rank since the first report was published a couple of decades ago. Out of the top 10 most polluted cities in America, 8 cities are in California. 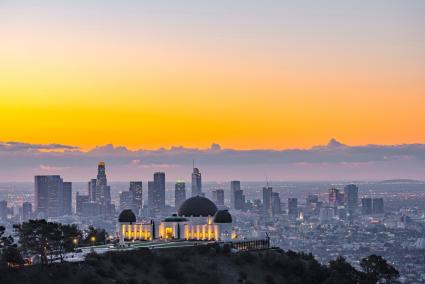 Short-term particle pollution is determined using a 24-hour period. Cities with the highest rates of these periods are ranked in the top 10.

US Air Pollution from Other Countries

According to the Smithsonian Magazine, air pollution in China drifts across the Pacific Ocean and into the US. Much of this air pollution is generated by the Chinese vast manufacturing plants. In fact, USA Today reports over the last 25 years, air pollution from China, India and other Asian countries is responsible for increasing smog levels in the Western US. Those statistics break down to between 12 and 24 percent of US air pollution having originated in these Asian countries along with a whopping 65 percent increase in the ozone levels.

There is good news among all the bad news about city pollution. Some American cities are fairly really well when it comes to clean air.

The American Lung Association lists the top 10 cleanest cities in the US when it examined ozone pollution. These are places you know you can breathe in fresh air. 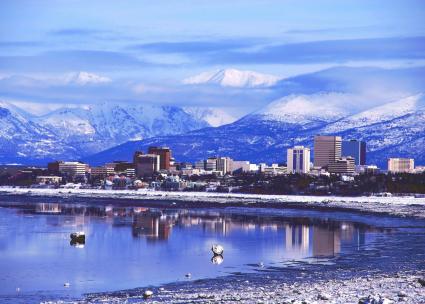 If you're more interested in a year-round solution to air pollution, the American Lung Association found these top 10 American cities to be the cleanest. These cities cover a wide span of the country.

How to Stop Air Pollution

The United States Congress passed the Clean Air Act in 1963 with a major amendment in 1970 in an effort to limit the amount of pollutants released into the atmosphere. Since that time there were several amendments to the act that served to strengthen it and to rein-in more pollutant causes. Since 2007, when History.com reported that 46 percent of the American population resides in counties that experienced unhealthy levels of air pollution, that number has decreased. According to United Press International (UPI), one-fifth (4 out of 10) Americans live in cities/counties that have unhealthy air pollution.

What Individuals Can Do

Clearly, the responsibility for protecting the environment rests with the individual. Each person must be willing to cut back on the amount of driving and traveling they do. Other possibilities include:

What Is Air Pollution?

Air pollution is the introduction of chemicals, particles, biological materials, and other substances into the atmosphere. This can happen naturally or as the result of technology. Usually, it is a combination of both.

Some sources of air pollution in America are:

The battle against air pollution is often a two-edged sword pitting growth and industry against environmental concerns. Finding a balance between the two has historically been difficult, especially when other countries have lax environmental laws. The impact of air pollution on the world can be lessened and continues to be an area in need of improvement.