Maintaining the average modern American home requires a large expenditure of power. Based on statistics from the U.S. Energy Information Administration (EIA), the average American household used 10,766 kilowatt hours (kWh) of electricity in 2016. As a reference point, according to Renewable Energy World, Watts measure energy, and kWh are units that measure the consumption of electricity over a given length of time. For example, Renewable Energy World states that when a 100-Watt light bulb burns over the course of 10 hours, it will consume 1,000 Watt-hours in the process, which is the equivalent of a kWh.

Electricity usage can vary greatly for various appliances and electronic devices. According to 2017 EIA estimates, average household usage can be broken out as follows.

Modern food preparation can be costly in terms of energy.

No one should underestimate the power differential between high and low-wattage light bulbs. According to the California Energy Commission, newer halogen lightbulbs give off the same light less energy. Compact florescent replacement bulbs are 10-Watt bulbs and need 80 percent less energy than the original 60-Watt bulbs, based on information from the California Energy Commission. 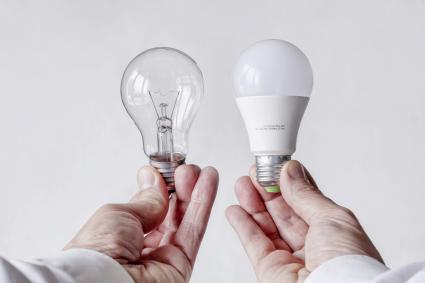 The energy efficiency of a given television set usually depends on its size. The USDE estimates that 19-inch television screens use a maximum of 110 Watts, while 61-inch screens can consume as many as 170 Watts. LED televisions are the most energy efficient, using up to three times less energy than plasma sets. Playing DVDs tapes also has its costs as DVD players use 20 to 25 Watts.

Based on estimates from the USDE, laptops usually consume around 50 Watts of electricity, as opposed to a total of 270 Watts for the CPU and monitor of a personal computer. Customers will usually save energy by using laptops instead of desktops. Individuals that would like to save even more energy can specifically look for computers that have earned Energy Star ratings.

Consumers who leave unused electronics plugged in could end up silently consuming a large amount of power over time. Still, the Lawrence Berkeley National Laboratory states that standby power is sometimes a requirement for certain appliances, including appliances that visually display something for an extended period of time, or internal clocks that need a steady source of energy. Homeowners will only be able to do so much when it comes to saving energy with these sorts of devices. 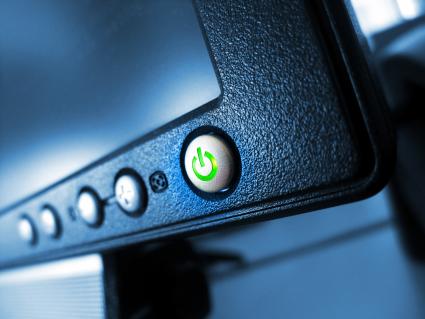 According to the Solar Tribune, solar panels have become a more cost-effective and practical option. However, something as simple as having sufficient effective roof space can determine the extent to which homeowners can rely on solar power, and most homeowners will not be able to completely power their homes using solar energy at present. Advances in solar technology may change the situation in the future. The fact that some homeowners are currently able to rely partly on solar energy to power their homes should still be considered progress. 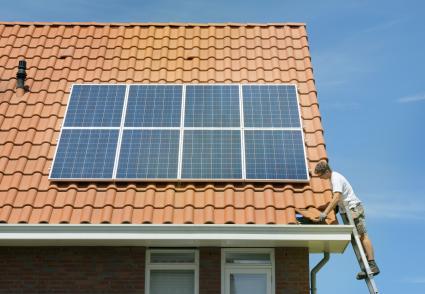 The consumption of fossil fuels and electricity go hand in hand. Fossil fuels are consumed in order to produce each and every kWh of electricity. Based on estimates from the EIA, it takes the equivalent of 1,000 cubic feet of natural gas, 1.09 pounds of coal, or 0.08 gallons of petroleum to produce one kWh of electricity. Renewable energy and energy-efficient appliances hold some promise for concerned citizens looking to reduce their impact on the environment and spending on electricity. Voluntarily purchasing energy-efficient appliances and electronics could make a tremendous difference in current energy consumption trends as well as overall household expenditures on electricity.

1
Comments
© 2006-2020 LoveToKnow, Corp., except where otherwise noted. All Rights Reserved.
Resources, Advice & Tips for Covid-19
Read More
How Much Power Does a House Use?