Pollutants in the land not only contaminate the land but also have far-reaching consequences. Sources can be agricultural, industrial (including mining and metallurgy), and municipal wastes. Acid rain, the spreading of water pollution to surrounding beaches and riverbanks, litter, and even new construction sites can also be sources of land pollution.

One of the biggest threats to the ecosystem caused by land pollution is chemical contamination. Plastics, toxins in wastes like anti-freeze and other chemicals seep into the ground where they remain. These chemicals can contaminate groundwater and the land. These include persistent organic pollutants (POPs) that comprise a special group of chemicals.

An International Institute Sustainable Development Bulletin (IISD) from 2019 explains that POPs are chemicals used by industry and/or in agriculture. These pesticides remain in the environment for a long time.

All chemicals, including POPs, poison the ground. This can lead to the loss of some types of plant and animal life.

POPs in Water, Waterways and Oceans

POPs also accumulate in waterways and oceans through agriculture and urban runoff. These pollutants are carried over long distances around the planet and can affect areas where the chemicals aren't used.

A scientific study in 2016 found that POPs are still a threat to marine life due to bioaccumulation. The WHO report lists the affects POPs can have on wildlife by persisting for centuries unchanged. These affect the immune, enzyme and reproductive systems, and cause tumors in mammals, reptiles, fish, and birds. Some changes seen include, the thinning of bird egg shells and a population decline in seals, snails and alligators.

Damaging Effects to the Land

When land pollution is severe, it damages the soil. This leads to a loss in minerals and beneficial microorganisms, impacting soil fertility. This means native plants may fail to grow in these areas, robbing the ecosystem of a food source for animals.

Ecosystems may also be upset by pollution when the soil fails to sustain native plants, but can still support other vegetation. Invasive weeds that choke off the remaining sources of native vegetation can spring up in areas weakened by pollution. According to a report from the University of Florida, invasive weeds are often introduced into areas as part of yard or construction waste dumping.

The Food and Agriculture Organization (FOA) of the United Nations points out the excessive use of chemical fertilizers and pesticides kills beneficial soil microorganisms, reducing their biodiversity with devastating consequences for soil health. Microorganisms are necessary for a couple of things that contribute to the fertility of soil that include:

Sometimes, pollution can damage the soil to the point that vegetation can no longer grow in the contaminated area. This may lead to soil erosion. According to the Union of Concerned Scientists, soil erosion is common in agricultural fields. 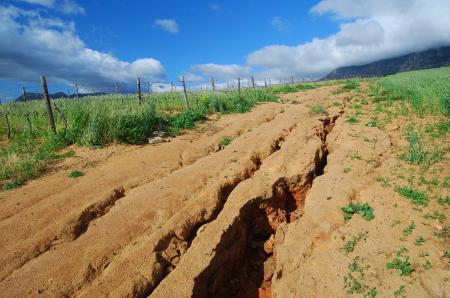 Chemical fertilizers and pesticides kill microorganisms that are necessary to break down organic matter that improves soil structure. The FAO document on erosion explains that "nearly all soils containing little or no organic matter are very susceptible to erosion."

Land pollution can be caused by contaminated areas, through polluted waterways, or acid rain created from air pollution. This pollution can spread and have a negative impact on surrounding environments.

Heavy metal in soil is polluting food and water, increasing the risk of cancer. For example:

The health impacts due to POPs arise from both acute and chronic exposure. These exposures can be found in food contamination as well as environmental.

The EPA presents a study of five communities and their efforts of redevelopment of brownfields. The negative social impacts that occur from brownfields or polluted land in urban areas are devastating. They include: 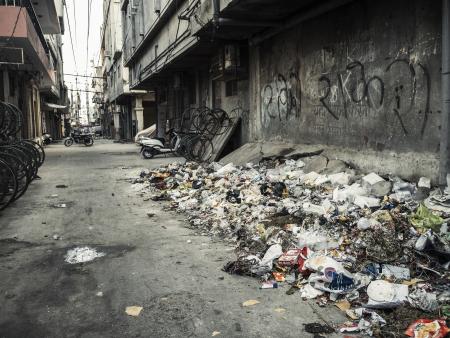 Many of the long-lasting effects of land pollution, such as the leaching of chemicals into the soil, cannot be easily reversed. The best way to deal with land pollution is to keep it from happening in the first place. Stepping up recycling efforts and preventing overuse of soil that makes it acidic and contaminates nearby areas will keep the problem from spreading. Wherever possible, contribute to cleanup efforts to help prevent land pollution from becoming worse.