Using solar battery chargers is becoming increasingly common. Customers will often specifically buy them to charge their cell phones, although there are other uses for them. Customers may wonder if solar chargers are cost-effective or be concerned that using solar chargers won't make enough of a difference environmentally to justify their usage. There are many solar chargers on the market today, and their characteristics will vary. 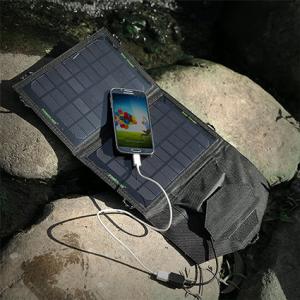 The seven-watt Poweradd Portable Solar Panel available through Amazon has an energy conversion rate of 18 percent and can power a wide range of cell phones and smartphones, GPS devices, ebook readers, and USB-powered devices. Its price is set at 70 dollars, but customers usually purchase it through Amazon at a discounted price.

Solar chargers that can be adjusted are designed to be more efficient when it comes to capturing energy. The Solio company has produced a wide range of solar chargers. One of Solio's iconic chargers is the five-watt Solio Classic2, which almost looks like a wheel when it is in the process of charging. Its standard price is 100 dollars and it can charge devices as quickly as most standard chargers.

The Premium Solar Charger from XTG Technology is one of the most affordable solar chargers on the market, with a list price of about $35.00. It was designed with portability in mind, like all compact chargers. As with many small chargers, customers will have to make some sacrifices in terms of energy efficiency, since the Premium Solar Charger itself will charge up to 60 percent at the most on solar power. Customers can charge different USB-powered devices with this Premium Solar Charger, including Mp3 players, cell phones, headsets, and USB battery chargers themselves.

Chargers like these demonstrate the fact that some solar chargers have applications for other devices.

Black Diamond Electric (BDE) recommends solar chargers specifically for charging devices like music players, phones, and GPS devices, in addition to batteries. NatGeo describes solar chargers that are used to power lights, calculators, and computers. As such, solar chargers can be used to keep a wide range of small devices going.

Solio points out that one of the primarily benefits of its products is the fact that they can give customers more freedom of movement when they're using their electronics. Customers can take their electronics almost anywhere and they will have a device that can recharge them at the ready even if they're nowhere near an electrical outlet.

Solar chargers can serve as convenient sources of power during power outages and camping trips. Devices like the Poweradd Portable Solar Panel are often specifically targeted at people that enjoy camping and other outdoor activities. People that live in areas that are prone to power outages could particularly stand to benefit from solar chargers. Many modern people heavily rely on their cell phones, so having a means of charging a cell phone in almost any location can be a huge source of relief.

Some customers may consider getting solar-powered electronics instead of solar chargers so they can power their electronics with solar energy directly. For instance, according to WeWi Telecommunications, their SOL laptop can be fully charged after two hours in the sun using its own solar cells. However, Solio promotes the idea that using solar chargers is better than using electronics that are solar-powered themselves.

Electronics that receive solar energy directly will have to be exposed to sunlight for long periods of time. Solio contends that it's better to rely on solar chargers that were specifically designed to cope with periods of long sun exposure, which may also be a more cost-effective strategy.

While there are plenty of benefits from using solar chargers, consumers should also consider their drawbacks.

Inefficiency in Some Situations

Solar chargers also do not always fully charge all electronics. BDE attributes this problem to the fact that devices like laptops typically have high energy requirements. BDE indicates that trying to run a laptop using just the current solar charger models would be too costly for most users.

Since most solar chargers cannot adequately power devices like laptops, powering even larger devices, such as large household appliances, is out of the question. BDE indicates that many electronic devices are more energy efficient than they used to be, but that trend may not be happening fast enough with some devices.

Limitations Based on Sun Exposure

NatGeo says that the level of sunlight intensity that the solar charger actually receives when it's charging will make all the difference. Sunlight quality is going to vary depending on the season, the local weather, and even on the angle of the photovoltaic cells within the charger. Solar chargers will usually need to spend a long time in the sun initially to work.

The Solio Classic2 costs 100 dollars, which is more than some people are willing to spend on a charger. Most of the top-selling standard Amazon cell phone chargers are significantly less expensive. Even the relatively inexpensive compact solar chargers are comparatively costly, and they are not as energy efficient. While customers may be able to save some money on their electric bills by using solar-powered cell phone chargers, some customers may not want to absorb the initial expense.

The Value of Solar Chargers

People cannot power all of their household appliances using solar chargers, but solar chargers are still worthy of consideration. People spend a great deal of time using their cell phones and other small devices, and the energy consumption involved with using cell phones is still significant. A device does not have to be universally effective to be environmentally or financially valuable. Solar chargers that allow people to use somewhat less nonrenewable energy overall can still be worthwhile purchases.