In its most basic terms, hydroelectric energy is refers to the generation of electricity using the power of moving water. Hydroelectric systems are designed to direct flowing water over turbines that spin and generate electricity.

A dam is a structure that impedes the flow of water in a river to create a reservoir on the upward section of the obstructed river. As the river is blocked by the dam, the reservoir grows continually until the built-up water is allowed through the dam via outlets. Most large-scale hydroelectric energy is harnessed by using dams.

Dams are used as integral components of hydroelectric energy systems because they help to provide a stored source of flowing water that can be directed through electricity-generating turbines. Inside of a dam, there are turbines connected to generators.

"Water is directed through the turbines where its energy is transferred to generators and the spent water flows downstream, usually into the original river," according to Paul Cunningham, CEO of Energy Systems & Design.

For large scale dams, the basic requirements are a suitable river, materials for construction and maintenance of the dam itself, and the equipment to generate the electricity. The types of generators used in dams are significantly larger and more advanced than those used for home systems. 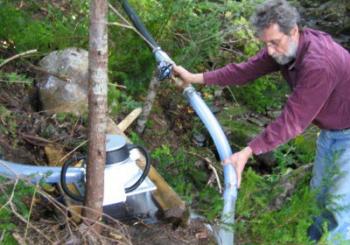 Mini-hydro systems are small generator units that make use of small sources of flowing water to generate electricity. These systems are used to power homes and "other small operations that require a remote power source," Cunningham said.

He continues, "These smaller systems are usually Run-of-River. They use the water as it comes without significant storage. The water is channeled into a pipeline which runs downstream to a suitable generator."

For these systems, users require access to a stream that they have water rights to and a small hydroelectric turbine system. The permitting process for these small home systems varies depending on the location, so be sure to consult your local zoning board on any local regulations you may be subject to if you plan on pursuing a system like this. Once you know you can build one, check out the various turbines and generators for purchase through Langston's Alternative Power, Energy Systems & Design, and Hydro Induction Power. Check the various product outputs and requirements before purchasing to be sure you get the right one for your home.

The Cost of Hydroelectric Power

One of the reasons for the popularity of hydroelectric power is that it is significantly less expensive than other forms of electricity generation. In areas where there is an abundance of flowing water, the cost of operating a hydroelectric power plant can be as little as 0.6 cents per Kilowatt Hour, according to sources at the University of Oregon. This translates into a cost of 4 cents per Kilowatt Hour to the consumer, which is 3 times less than the national average for electricity. By comparison, the University of Oregon notes that a coal plant can have operating expenses upward of 2.2 cents per Kilowatt Hour.

These costs reflect the cost of building the dam used for housing the generators and the general maintenance required of the facilities. Since coal-fired plants come with the added costs of mining and transportation of a corrosive material, they are inherently more expensive to operate.

Despite this discrepancy in costs, coal is used more widely than hydroelectricity because of the environmental requirements of hydroelectric systems. In order for the system to be feasible, it needs to be placed in an area with significant water resources that are suitable for use with the dam. By contrast, coal plants can be placed nearly anywhere regardless of the landscape or geography.

Advantages and Disadvantages of Hydroelectric Power

As with any form of energy development, there are a number of pros and cons that come hand-in-hand with using hydroelectric power. Despite the cost-effectiveness of dams and other hydroelectric systems, dams can also have a major negative impact on the areas in which they're developed.

Several hydroelectric energy facilities are well-known around the world for their energy output and their attraction to tourists. 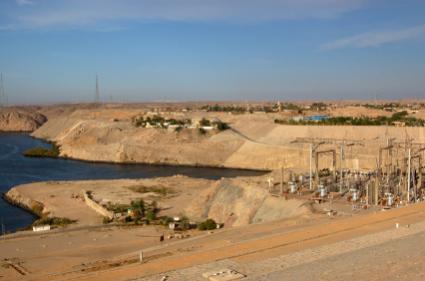 The Aswan Dam is a dam in Egypt along the famous Nile River. It was constructed in 1970 and has a bulk up to 16 times greater than that of the Great Pyramid of Giza. The dam flooded an area in southern Egypt that became the reservoir known as Lake Nasser. The construction of the dam resulted in the displacement of nearly one million people to areas in northern Egypt. The Aswan Dam is still a major tourist attraction for foreign visitors and the reservoir it created is a popular vacation spot for Egyptians. 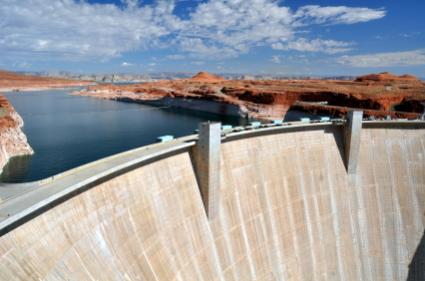 The Hoover Dam is an American depression-era dam that was, at the time, one of the most historic engineering projects in the history of the country. The dam was built on the Colorado River and is responsible for the creation of Lake Meade. During construction of the dam, 96 workers were killed. Today, the dam generates 4 billion Kilowatt Hours of electricity using 17 turbines.

The Three Gorges Dam is located in China and connects three gorges. The dam has created lasting controversy, in part due to the displacement of those who lived in the area, workers killed during the building process, and environmental concerns like increased earthquakes and landslides. In terms of energy creation, it is the largest hydroelectric dam in the world.

Hydroelectric Power Is a Mixed Bag

Throughout history, mankind has been using water to its advantage. Whether it's been to power grain wheels or generate electricity, running water is a powerful force that can be leveraged in many exciting ways. However, it's important to understand that there is no such thing as a perfect energy source. As with anything else, there are significant environmental and human health drawbacks to using dams. Taking the time to gain a holistic understanding of the processes and issues associated with the utilization of hydroelectric power can give one a more full understanding of the issue as a whole.