The Production of Hydroelectric Energy

Hydroelectric plants are somewhat dependent on certain geographical conditions. Hydroelectric dams must be constructed on rivers that change in terms of their elevation. As such, the USGS says that areas like the state of Florida will not have the ideal conditions for hydroelectric power plants. The Union of Concerned Scientists indicates that the water has to be moving fast enough and in large enough quantities for the generator to rotate in the first place, and impoundments or dams are used to create the necessary amount of force in the first place.

The Wisconsin Valley Improvement Company (WVIC) notes that most hydroelectric power plants have four sections: the dam, turbine, generator, and transmission lines. Energy is generated and converted into a usable form as a result of the functioning of the dam, turbine, and generator, and routed to customers' buildings as a result of the transmission lines. 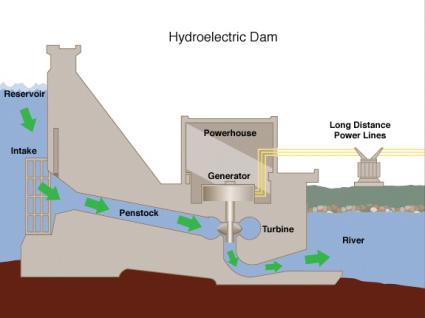 Water accumulates at the dam, making it possible for the requisite patterns of falling water to form. The WVIC states that the resultant reservoir could be thought of in terms of the potential energy it creates. EDFE indicates that the dam's power house contains both the generator and the turbine. 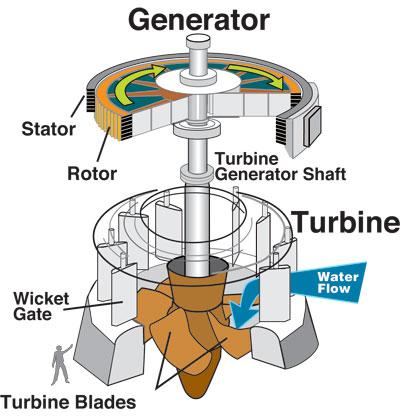 The act of opening the dam's intakes, or underwater gates, initiates the next step of the process. After the underwater gates open, the reservoir's weight will propel the water across the penstock, a channel that leads to the hydroelectric turbine.

The WVIC indicates that the force that the falling water creates will activate the turbine and make it rotate in a manner that is reminiscent of a windmill. The turbine's primary function is creating usable mechanical energy from the kinetic energy that the dam generates. From there, the water travels away from the dam and urges onward.