The environment is an important issue even when society is faced with economic crises, wars, and unending social problems. It matters because Earth is the only home that humans have, and it provides air, food, and other needs.

Humanity's entire life support system depends on the well-being of all the species living on earth. This is commonly referred to as the biosphere, a term coined by Vladimir Vernadsky, a Russian scientist in the 1920s. Biosphere refers to one global ecological system in which all living things are interdependent. Within the overall biosphere or ecosystem, there are smaller ecosystems like the rainforests, oceans, the desert and the tundra.

An ecosystem is composed of living and non-living parts, whether it is terrestrial or aquatic, explains the book Valuing Ecosystem Services: Toward Better Environmental Decision-Making available through The National Academy Press. The non-living parts are the soil, water, air, and nutrients, and living elements are plants, animals, micro-organisms, and humans. A healthy ecosystem has all the chemical elements and nutrients circulating in a cycle while supporting millions of species. The myriad of species all help in the process of cycling elements when they produce food, eat, go about their lives, and even through their deaths. In this process a variety of goods and services are created that are useful for humans.

The food chain is an example of a useful part of the ecosystem. Encyclopedia Britannica explains that plants use sunlight, water, and elements in soil and air to create food for themselves. They are in turn eaten by animals and micro-organisms. Humans are the top of the food pyramid in any ecosystem because they use plants and animals for food. Earthworms and small insects, like bees pollinating plants, are all part of the environment without whom the food chain would be broken. World production can be gauged when one considers that 2,533 million tons of cereals alone were grown in 2015 according to Food and Agriculture Organization of the United Nations (FAO) in the first Summary Table. 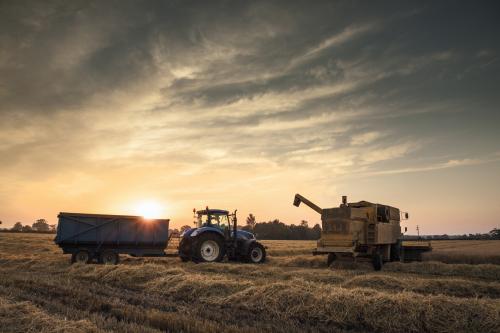 The University of Minnesota points out that the nutritional value of food has decreased since the 1950s, "so we are now getting less nutrition per calorie in our foods." The Organic Center (pg. 5), explains that as crop yields increase the nutritional value is decreasing, because of industrial farming that relies on monoculture and the excessive use of chemicals as fertilizers and pesticides which has upset many of the natural processes. Due to this, humans should consider the environment important so they don't disrupt the chain and cause problems with their food.

Natural Resources and Products Derived From Them

Besides food, ecosystems provide several other natural resources useful for people. The Economics of Ecosystems and Biodiversity (TEEB) calls these resources an ecosystem's "provisioning services," since people derive nearly all their material needs or provisions this way. The most important are:

The TEEB considers that trees and forests in the environment play an important role in regulating air and climate.

Trees produce oxygen when they produce their food through photosynthesis. In addition during this process trees also use carbon dioxide in the air and reduce its concentrations in the atmosphere, points out BBC-GCSE Bitesize. This process regulates and maintains the carbon cycle. This is the reason cutting trees leads to global warming. Trees can also remove pollutants in the air. 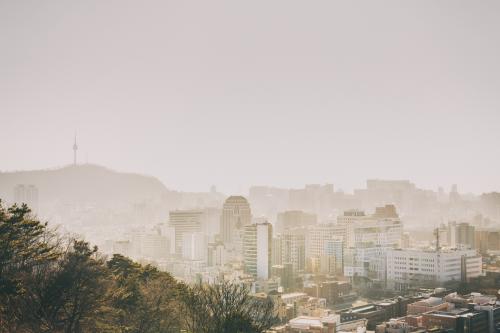 Natural ecosystems that are undisturbed can moderate severe events and limit their damage. For example, swamps on coasts can slow water flow and hold water from sea storms, and prevent flooding and its associated destruction of habitats and human settlements.

Biodiversity is the sum of diversity at various levels: ecosystems, species, populations and genes. A scientific study in 1999 (pg. 2 and 3) estimates that there are 10 million species in the world. 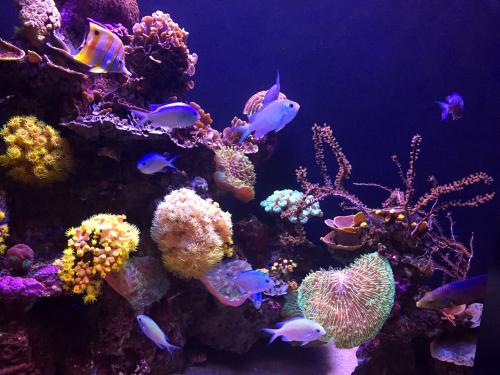 Biodiversity in terms of number of species and individuals (or population size) of a species can also impact many processes in its ecosystem such as:

A recent scientific study in 2016 lists more interconnections between species, their size, and the ecosystem.

For example, when forests are cut down to make way for farms, many nutrients in soil are reduced, as their cycle is broken. This affects the number of soil bacteria. Adding chemical fertilizers further kills beneficial micro-organisms that decompose compost and make nutrients available for crops, or break down harmful compounds. This ends in dramatically decreasing soil fertility even though high concentrations of chemical fertilizers are added, and reducing crop yields explains FAO. So, the consequences are more costly for the economy.

Another reason the environment is so important is because it is a source of natural beauty. People enjoy nature for recreation, sports such as skiing in snow or rafting, and tourism according to TEEB. Nature is considered necessary for proper physical and mental health too, according to the University of Minnesota. Unfortunately the planet is in danger. Many species of animals and plants are nearing extinction, and more and more beautiful, open spaces are disappearing as new buildings and factories are built.

When any ecosystem is off kilter, it impacts the entire planet. All the environmental problems that exist have far-reaching implications for the health of the planet and its inhabitants.

The deterioration of environment, often referred to as environmental degradation, threatens the earth's natural resources such as clean water supply, fossil fuels for energy, and food supply. This also occurs when resources are over-exploited and leads to a disruption in normal functioning in an area.

Global warming caused by climate change can result in a rise in sea levels submerging coastal land, and thereby reducing and harming habitats of animals living by the coast as well as human settlements, explains the Department of Ecology in Washington State. Global warming also melts polar caps and endangers polar bears and other arctic wildlife; furthermore, the ice caps keep the earth cooler by reflecting solar light back, according to World Wide Fund for Nature. 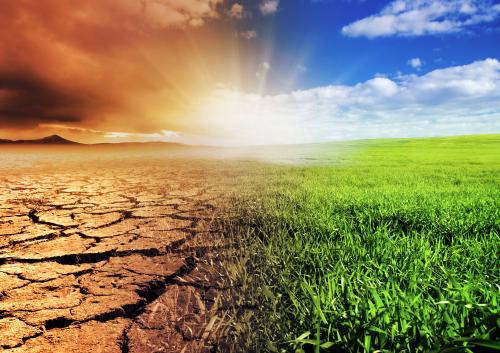 Moreover, global warming will decrease biodiversity, extreme weather events, ocean acidification and bleaching of coral reefs and affect the food chain according to the Harvard School of Public Health. Climate change is one of the biggest challenges the world has to deal with, and everybody can contribute in fighting global warming.

At present the environment is being threatened by increasing levels of pollution of air, water, land, noise, thermal, and light to name a few. These not only impact the environment but also human health and world economy. Pollution is estimated to be the main cause of diseases and kills 8.9 million people every year according to the Swiss School of Public Health. Fighting air pollution alone cost around $5 trillion a year according to a 2013 Huffington Post report.

Earth Is Humanity's Only Home

All goods and services used by humanity come directly or indirectly from the earth and its environment. So it is perhaps not a surprise that an international scientific study (pg. 1) in 2012 estimated that goods and services from ecosystems worldwide were worth $125 trillion per year. However, the value of the environment is more than this monetary worth as it is, so far, the only planet that can support life. Many experts believe some of the harm the planet has suffered can be reversed. The challenge is getting enough people to take drastic enough action to make a difference in a lifetime.

6
Comments
© 2006-2020 LoveToKnow, Corp., except where otherwise noted. All Rights Reserved.
Resources, Advice & Tips for Covid-19
Read More
Why Is Our Environment Important?