Many reasons drive the global push to "go green". While nature conservation is one of them, ensuring economic and social wellbeing, mental and physical health, and a sustainable future for humans are some other powerful incentives.

Even synthetic products come from natural resources. For example, plastic is made from 4% of global production of petroleum products and processed by using another 4% of it to make energy, according to Worldwatch Institute.

This reliance on natural resources for material and energy requirement is becoming a major environmental and economic problem says EcoWatch, depleting resources needed to "power economies and lift people out of poverty." Since many of the resources are non-renewable, at current rates of use, the world will run out of many necessary materials. Even renewable resources are at risk as some need long periods to be replenished point out Oregon State University.

There is much that people can do, since 50-80% of the land, materials, and water is used for household consumption a 2015 scientific study found. People can buy wisely, cut down on consumerism, and waste production. This would ensure resources last longer.

However, some consumption is necessary, and life standards can be maintained by recycling. LessIsMore.org points out that valuable resources can be saved by recycling. Producing new goods always requires much more energy while recycling needs only a fraction of it adds the American Goescience Institute. 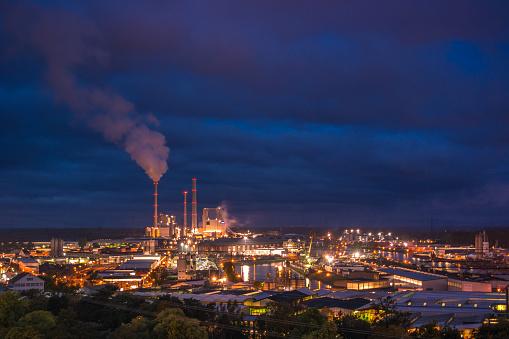 Use of fossil fuels like petroleum, natural gas, and coal, and burning wood produce greenhouse gas emissions (GHG), and many harmful chemicals that pollute the air and have serious consequences on environment and people's health.

There are many ways to reduce emissions and prevent air pollution. Use of alternative energy sources that are renewable and sustainable produce little to no emissions and therefore improve health and have less environmental impact. Moreover, they are a reliable source providing more employment than fossil-fuel based energy, according to Union of Concerned Scientists. Similarly, cars running on alternative release little or no emissions reports Issues in Science and Technology.

Effects on Health and Wildlife

Such measures can save lives, because air pollution has become "a major environmental health risk," according to the World Health Organization (WHO), that has led to the premature death of 3 million people. Decreasing air pollutants would reduce water pollution by decreasing acid rain and eutrophication that can harm to wildlife especially in aquatic environments, and crops and trees report Massachusetts' Department of Environmental Protection.

Reducing nitrogen pollution caused by effluents by treating waste-water can be beneficial economically. The environmental benefits, too, are many. It reduces eutrophication, greenhouse gas production, and energy use notes a study reported by Science Daily. Clean water is good also for farmers, fisheries, tourism, homeowners, and others reports Environment Working Group (EWG). At least $22 billion a year can be gained through an increase in commercial and farming activities. Cutting agricultural pollution is a necessary element in creating these positive impacts.

The amount of waste that enters the water can be reduced or even prevented and water pollution can be stopped. Many persistent organic pollutants (POPS) that come from agricultural and industrial wastes have decreased in oceans due to bans but there are new pollutants like flame retardants along with old DDT, still found, reports Scripps Institution of Oceanography. Reducing plastic waste and dumping of industrial waste can help hundreds of species that are dying in oceans elaborates California Coastal Commission. This would also decrease the health risk to people from eating fish that is contaminated by toxic waste that has entered the food-chain points out the Environmental Defense Fund.

Land can be polluted when industrial wastes, in many cases hazardous is dumped creating brownfields. Landfills also contain toxic chemicals that leach into soil, and then groundwater. Other reasons are energy production processes, mining for fossils fuels and metals, and agricultural use of fertilizers and pesticides. Heavy metal and persistent organic pollutants that cause land pollution can be reduced by reducing household and industrial waste, and through recycling.

By taking these measures the health impact like damage to nervous, immune and reproductive systems and abnormalities in infant and child development can be prevented, which the Un Environmental Programme explains are caused by POPS. The effect on mammals, reptiles, fish and birds due to immune, enzyme and reproductive systems problems that the WHO (pg. 8 & 9) notes that are caused by POPS can be prevented.

Since POPS do not degrade soon and persist for centuries, it is necessary to be vigilant in their use. POPs levels in the first decade of the 21st century have decreased globally compared to 1980s and 1990s, as knowledge of their dangers became widespread, but new products which are not controlled still contribute to POPs level.

Steps are needed to address the effects of climate change. The results are rising temperature, melting polar ice-caps and glaciers, rise in sea-level and submergence of coastal land, changes in precipitation patters, increase in extreme weather events like hurricanes and droughts, and ocean acidification. All of which then impact crops, wildlife, and biodiversity notes NASA. The impact can, however, be worse with every degree rise in temperature.

There is a big difference in effects if the temperature rise would be 2 degrees Celsius. Fifty percent longer heat waves, a 10 centimeter higher rise in sea levels, destruction of all coral reefs instead of 70% loss, and increased risks to crop security can be prevented by limiting rise to only 1.5 degrees Celsius reports a 2016 scientific study.

A global initiative, The Paris Agreement, came into effect in late 2016, with ratification from 145 countries, to limit global warming to 1.5 degrees Celsius reports the UNFCCC. All the individual actions which reduce air pollution also help stop climate change.

Large scale farming with monocultures propped by irrigation and use of chemical fertilizers and pesticides account for 70% of the water use in the world. Moreover, it is responsible for 75% of the water pollution and one-third of the GHG emitted, and decline in biodiversity of bees, bats, amphibians, and other beneficial species states Pesticide Action Network. 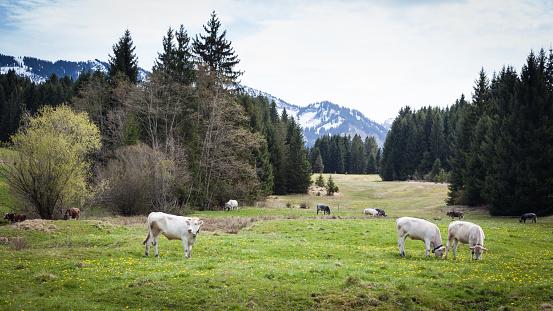 Alternative green solutions like local mid-sized farms can improve the environment, local communities and worker health, according to the Union of Concerned Scientists. Foregoing chemicals and opting for organic agriculture and gardening takes "a proactive approach" to prevent problems before they arise. So soil quality is built through many cultivation practices, biodiversity saved and used, with no pollution of air, water or land, recommends the Food and Agriculture Organization (FAO).

Positive Impacts on Health and Other Areas

Consumers who buy organic can save themselves worries about health problems that occur due to consuming vegetables, fruits and animals contaminated by pesticides or antibiotics suggests WebMD. It also saves biodiversity and positively impacts the air, water, and land when compared to conventional agricultural practices. 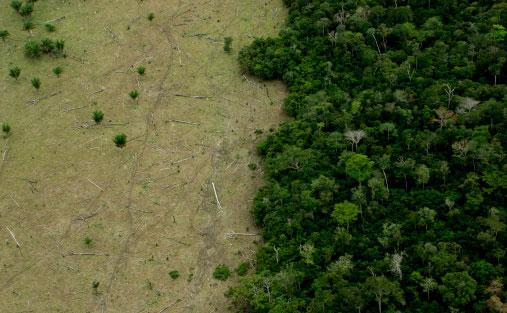 Deforestation and loss of only tropical ecosystems account for 10% of GHG according to Mongabay. Despite international efforts to protect forests and other habitats, a scientific 2016 study found that half of 825 natural ecosystems were still at a high risk of being destroyed, so more action is still necessary. Encourage green practices to impact the environment in a number of ways.

Protecting forests standing can significantly reduce global warming explains the Union of Corned Scientists (Forests and Land). Forest protection is in fact a better solution than restoring forests in fighting climate change according to Guardian.

Save Biodiversity and Human Livelihoods

As Greenpeace points out, it is necessary to stop deforestation for many other reasons. This is to protect forests that are home to 80% of biodiversity and provide many ecosystem benefits. Moreover, this would ensure survival of 1.4 billion people dependent on forests for living and livelihoods.

Habitat destruction is rampant in aquatic systems too. Coral reef destruction in oceans is also serious. The International Coral Reef Initiative reports that reefs support one million marine species, protect coastal areas, and are worth billions of dollars for the fishing and tourism industry. Limiting habitat loss and degradation is important also in rivers and streams where it has led to losses of 81% of vertebrate species already.

Land and soil degradation occurs due to intensive farming, over-grazing and deforestation. This has led to desertification and arable land is being lost at "30 to 35 times the historical rates" according to the United Nations.

These problems are best tackled by both small and large scale soil conservation efforts. These efforts can prevent consequences like:

There are an estimated 8.7 to 10 million species on earth, according to a study published in Nature.com. Human activities are causing extinction at 8 to 100 times the natural level since 1900, in what is called the sixth extinction event notes the Guardian.

Since habitat loss and fragmentation are the number one reason for species loss, reducing paper use and recycling paper saves forests, and species; 40% of woods are cut to make pulp for paper and paperboards reports WWF. Reducing consumption in general can also help save species, as a 2017 study found many biodiversity hotspots are being threatened due to consumer demand. 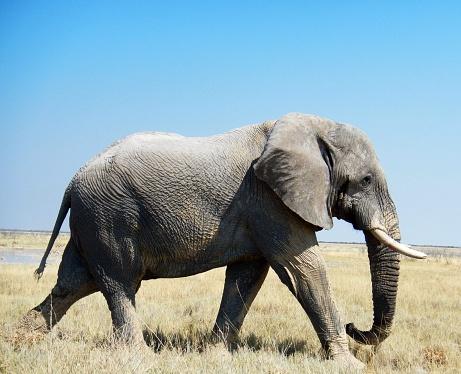 Poaching of species for their body parts like rhino horns, elephants' tusk, and tiger skins is the second important cause of biodiversity loss. It is being tackled by reducing demand for these items and strict rules to prevent their illegal trade.

Biodiversity is essential as it provides clean water, food, medicines, clothing, timber, biofuels, and fossil fuels, through ecosystem services of biodiversity, and ensures soil fertility, air quality, carbon sequestration, and moderation of climate. In short, without biodiversity life would be difficult for people. So loss of species is something everybody should be concerned about as it goes beyond loss of some plants and animals.

Recent technologies are showing adverse effects, and there is need for caution before their use is expanded. Genetically engineered organisms (GMOs) that require heavy herbicide use have caused the development of 14 super-weeds notes a 2014 USDA Economic Research Service (ERS) report (pg. iv). Milk from cows injected with GMO rBGH can cause cancer, notes the American Cancer Society. To limit these impacts, 39 countries have banned use of GMOs. Ensuring label information about GMOs in food products is the best way to provide people a choice to curtail its use and ill effects since countries like the U.S. have GMOs in 75% of food products.

By making the effort to read labels and fighting for labelling laws, people can make an informed choice on consuming GMO foods. Humans could potentially have healthier lives.

Many positive changes have been instituted and others are constantly being researched and implemented to remedy the world's environmental crisis. It isn't just the current generation that must deal with any crisis that is created; it will be a challenge for future generations if greater action is not taken over the next few decades.

4
Comments
© 2006-2021 LoveToKnow, Corp., except where otherwise noted. All Rights Reserved.
Why Is it Important to Go Green?