Simply put, deforestation is the net loss of forests. A "net loss" of forests occurs when more forest cover is removed than is replaced, leaving the landscape substantially altered.

Humans have been clearing forests for millennia to meet a diverse range of industrial and agricultural needs.

In developed countries, deforestation most commonly occurs as the result of clearing land for agriculture. In this case, most of the deforested land will be at or near wetlands due to the extremely fertile soils found in them. While the wet areas themselves may not be particularly forested, the highland forests surrounding them are often cleared to make way for the farmland. Increasing urban sprawl is another important reason behind forest loss.

In developing countries, forests are cleared for a number of different reasons.

Deforestation rates around the world are staggered; developing nations feel the strongest pinch from deforestation. The pushback by environmentalists and local citizens has resulted in a change in how many countries are approaching their timber harvests. What this has led to is a large disparity between the amount of deforestation from country to country.

Mongabay reports that between 2001 to 2012, deforestation rates were overall 53% in tropical forests.

The Amazon, which harbours rainforests with the highest terrestrial biodiversity, is also again suffering from an increase in deforestation. In 2016, there was a rise of 29% over the previous year according to Deutsche Welle.

The FAO (pg. 12) notes that in temperate areas most of the deforestation occurred till the end of the nineteenth century and has abated since then. Most of the developed countries are not losing forests, many like the USA and Russia have on the whole increased forest cover. However many developed countries experience deforestation. Australia is losing 500-2500 square km per year in 2016 according to Deutsche Welle, and Portugal has lost 31% of its forests since 2000 according to Global Forest Watch.

In the United States, an average of 384,350 hectares of forest were cut down each year between 1990 and 2010, which is a loss of 0.31% of forests each year. However, in the same period due to newly reforested areas, forest cover increased by 2.6% each year according to Mongabay. So there has been no net loss or deforestation in the recent past. By 2015, forest cover in the USA accounted for 33.9% of land.

Deforestation is a complicated phenomenon and is driven by people's need, international business, and local and country politics. Sometimes it is difficult to understand the sheer scale and enormity of deforestation.

Statistics on deforestation can be easily skewed. In Brazil, there is roughly 500 million hectares of densely forested land. From 2001 to 2014, Brazil lost over 6% of forest to deforestation. On its face, 6% over 15 years may not sound like a lot. However, when you consider that is 38 million hectares, that statistic is brought into more focus. This leads to quite a lot of difficulty when assessing the true impact of deforestation worldwide. 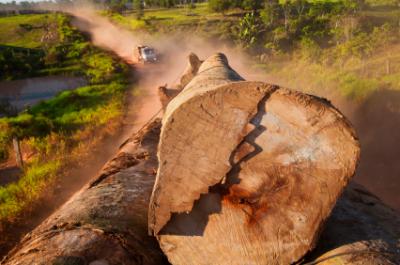 Also, deforestation is often caused by the people that live in the vicinity of the forests. More than a billion people depend on forests to provide them 90% of their livelihoods needs, according to Los Angeles Times. This degrades forest and makes then unproductive.

Then there is agriculture which is the biggest reason for clearing forests. Commercial agriculture driven by international demands accounts for 50% of deforestation in developing countries points out a 2017 World Economic Forum report (pg. 2). The main products are beef, soy, palm oil and paper and pulp.

As populations around the world rise, the demand for forest products rises as well. Better medical care in impoverished developing countries has led to a population boom. This has significantly increased the amount of people stressing the more at-risk forests.

There is poor compliance to existing laws that protect forests in many developing. Moreover, conflicts related to land-ownership, and non-recognition of rights of indigenous people fuels deforestation reports World Economic Forum report (pg. 3).

Regulations on Deforestation in the United States

Forestry in the United States is a highly regulated practice when it occurs on national and state lands. This is true for both industrial forestry operations and forestry for personal use. National forests in the United States are administered by the U.S. Forest Service. They do not enjoy the same general protections as national parks and are really all meant to be forested to some extent. The job of the U.S. Forest Service is to manage these forest resources in a way that creates a sustainable harvest and promotes a healthy forestry industry.

On the federal level, the Multiple Use and Sustained Yield act created a number of regulatory measures to protect the sustainable yield of forest products throughout the United States. This has set the standard for how industrial operations can utilize forest products and has helped to ensure the replenishment of forest zones after their use. Personal use of forest products by individuals is also regulated. Individuals need to purchase a permit to collect firewood on national forest lands. Regulations like this are mostly non-existent in developing countries.

The Overall Impact of Deforestation

Deforestation doesn't simply result in fewer trees. In fact, rampant deforestation can have a major negative impact on the ways in which the forest functions as a whole. This has a number of wide-ranging impacts on both wild and human populations.

Forests play a major role in soil stability and the overall health of soil. Roots hold soils together on slopes and can mitigate the possibility of landslides impacting populated areas. Trees also produce copious amounts of raw organic matter that enriches the soil upon which they stand. Deforestation and improper land management can lead to an overall lack of fertile soil in forests which can lead to a number of negative effects.

Trees are a vital part of the water cycle. They vaporize liquid water and return it back to the atmosphere. They also filter contaminants out of water during this process. Deforestation is often linked with rampant desertification as a result of the interruption of this process. This has a negative impact on water availability for human and wild animal populations.

Studies have confirmed that deforestation has a direct impact on the speed at which climate change progresses. Forests play a key role in sequestering carbon from the atmosphere and they can release the accumulated carbon when they are chopped down.

There are a number of things that the average person can do to help fight deforestation worldwide. These steps can be very small on their own, but the accumulative effect of these steps can have far-reaching consequences. 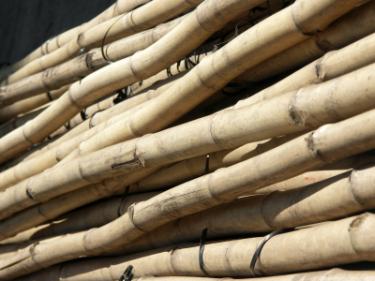 The truth is that there is no silver bullet for stopping deforestation. It is a very complex issue that will take a long time to solve. However, this shouldn't give anyone license to feel powerless in the face of deforestation. Making small changes in everyday life can have a dramatic impact on the future of deforestation in the world.

0
Comments
© 2006-2020 LoveToKnow, Corp., except where otherwise noted. All Rights Reserved.
Resources, Advice & Tips for Covid-19
Read More
What Is Deforestation?