As we read and learn about conservation and alternative fuel, we may be faced with the question: what is biomass? The word biomass comes up in green sustainable magazines, but is it fully understood? After reading this article, you will have the answer to what biomass is all about.

Biomass can be defined as:

Around lumber mills and paper mills waste or what is often thought of as garbage is lying around. These waste products are usually taken to landfills which are overflowing. However, now with alternative methods of conservation, this waste can be used to produce the following: 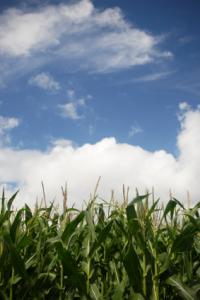 Corn is grown to create biofuel.

Biofuels are any fuel derived from biomass. Soybeans and corn are the two crops grown for the purpose of converting them into biofuels. Environmentalists are working on improving the conversion of non-grain crops to biofuel. Through a thermo-chemical process, ethanol, methanol, biodiesel, biocrude and methane are produced. Some of the crops used include:

Two main types of biofuel are ethanol and biodiesel.

Ethanol can be blended with gasoline so that not as much petroleum is needed to run a vehicle. This reduces air pollution as well as cutting down on the need for gasoline.

Most of today's vehicles can run on blends of E10. This blend consists of 10 percent ethanol and 90 percent gasoline. E10 is the most common low-concentration mixture.

Ethanol can also be blended with gasoline to create E85 which is a blend of 85 percent ethanol and 15 percent gasoline. Since it burns cleanly, ethanol is the highest octane-producing fuel available.

Biodiesel is a clean burning fuel produced from domestic, renewable resources such as new and used vegetable oils (largely from soybean) and animal fats.

Biopower, or biomass power, is the use of biomass to generate heat, electricity, and steam in refineries. The system works when biomass feedstocks burn to produce steam. The steam drives the turbine which turns a generator that converts the power into electricity. In some refineries, the steam that rises from the power plant is also used to heat buildings. This entire process is energy efficient making industries like paper mills more green.

What is Biomass Going to Be in the Future?

Biomass is growing in popularity. Already it can be used to produce a number of common products based on the plant material chosen. In the future we will be sure to see more products created from biomass such as detergents, plastics, polymers, carpets, fabrics and lubricants.

Every year, The National Renewable Energy Laboratory or NREL, is working to develop inexpensive and earth friendly biomass conversion technologies. They want to continue to decrease the US's dependence on foreign fuel. Their other goals include:

What is biomass going to be in the future? Surely, a well-known and widely-used effective fuel alternative..

0
Comments
© 2006-2020 LoveToKnow, Corp., except where otherwise noted. All Rights Reserved.
Resources, Advice & Tips for Covid-19
Read More
What is Biomass