The properties that make plastic popular, like its light weight, water impermeability and long life are the same things that make disposing of it very difficult. Recycling plastic is a more realistic approach than tossing it in a landfill.

There are several ways you can dispose of plastic. The most obvious is to recycle. However, the majority of plastic ends up in landfills. Some plastics are made to be biodegradable while others are compostable, requiring you to take them to a commercial composting center.

Recycling at consumer, community and national levels is fairly inadequate and inefficient. There are 7 grades of plastic that are stamped on plastic containers and bottles for recycling purposes. 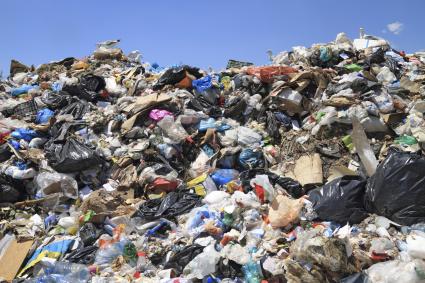 Most plastics are recyclable. Much depends on what the plastic is used for and what type of material it contains.

Number of Years To Breakdown Plastics

In a landfill, PET can take 10 years to degrade and decompose. The MDPI notes that PET can take up to 50 years to fully degrade. This process could occur faster if plastic is exposed to light. The material recovery facility Mercer Group International notes that most plastics take 200 to 400 years for decomposition.

Other plastics and the years it takes for them to breakdown include:

The toxic chemicals in plastic interact with water and leach into the ground and pollute groundwater reservoirs harming wildlife and people. Plastic uses bisphenol A (BPA), a carcinogen, and more recently bisphenol S (BPS) and bisphenol F (BPF) as hardening agents. Other chemicals are added as flame-retardants or coloring agents, all of which affect hormone activity. Phthalates, contained in food packaging and medical devices, and

Incineration, another common plastic waste management method, can be injurious to health. The release of toxic chemicals listed as Persistent Organic Pollutants, or POPs, are dangerous when inhaled.

PVC, which burns with an acrid smell, produces dioxins, and products with flame retardants release many toxins. These cause severe health problems like cancer, neurological damage, birth defects and child developmental disorders, asthma, and multiple organ damage to name a few issues for people, and are also toxic for animals.

Incineration is a controversial option for dealing with plastics that aren't recycled. While some countries still incinerate plastic to generate energy, groups like the Global Alliance for Incinerator Alternatives are quick to point out the health hazards and problems of incineration.

The largest impact has been on marine ecosystems, with 10% of all plastic produced ending up in the oceans. Plastic is very 'mobile' given its low density and light weight, and items from illegal litters, dumps, and landfills blow over to streams and rivers, and is carried to oceans or is washed up on beaches. 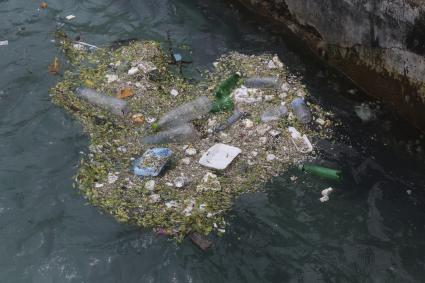 80% of marine waste comes from land sources and an additional 20% is dumped by ocean liners and platforms, and the Environment Protection Agency (EPA) has found that 33% to 66% of these are single-use plastic packaging for food and drinks, cups, utensils and cutlery, that could be recycled.

HDPE, LDPE and PP items float, and gyres are formed when they accumulate due to currents and cyclonic action. Some gyres are colossal in size. The Great Pacific Ocean Garbage Patch is larger than the state of Texas. There are four large gyres in the Atlantic and Indian Oceans, too.

The other kinds of plastics are heavy and sink to ocean floors. Thousands of animals from small finches to great white sharks are killed as they get entangled in discarded fishing nets. Three hundred species of animals ingest plastic mistaking it for food; for example sea-turtles mistake bellowing plastic for jellyfish. Nearly 100,000 animals die every year; some starve to death as plastics fill their bellies and there is no place left for food. Others are affected by the toxic elements added to plastic.

Plastic breaks down into micro-plastics rapidly, though it takes a long time to decompose completely. Because of the size, even small insects eat micro-plastic. Once ingested by small animals, plastic can find its way to people's tables by a process called bioaccumulation. When animals are eaten by bigger predatory fish and other sea-life, plastics, and the chemicals in them, get more concentrated as they move up the food-chain. Up to 67% of edible species of seafood, and 25% of catch in the US has plastic in them.

Not all plastic you recycle ends up recycled. There are various reasons why this might happen. When it does, the plastic may end up in a landfill. The plastic may end up buried underneath tons of trash. Over time, the harmful toxic chemicals are leached into the ground and find their way into the groundwater and potentially contaminating drinking water supplies, rivers, streams, and eventually the ocean.

Just as marine life consumes the plastic floating in the oceans, land animals scavenging in landfills ingest a certain amount of plastic. In addition, they often become entangled with different types of plastic that can lad to strangulation and injuries.

Most of the beaches worldwide suffer from littering of single-use packaging of food and beverages, leading to loss in livelihoods when tourism is affected. In California, more than half a billion dollars are spent annually to clean beachfronts for tourism. Countries in the Asia-Pacific region report losses of $622 million a year due to littered beaches, while fishing industries lose $364 million per year, and the shipping industries lose $279 million each year. So the total cost of marine pollution in this region alone is $1.265 billion per year.

In 2019, The Guardian reported the global cost of marine plastic pollution is $2.5 trillion. That is a significant increase over the 2014 UN News estimate of a "natural capital cost" of $75 billion due to use of plastic. 30% or more of the cost derives from greenhouse emissions due to petroleum extraction and energy use in its production. On the other hand, recycling of plastics has helped recover plastics worth $4 billion each year.

Decrease plastic production by increasing the amounts of plastic recycled. Without recycling, this "wasted" plastic cannot be reworked and reused. Instead, new plastic must be made, requiring additional natural resources. You can help to save the environment by keeping wasted plastics out of the landfills, air, and oceans as well as cut down on natural resource used to make new plastics.

0
Comments
© 2006-2020 LoveToKnow, Corp., except where otherwise noted. All Rights Reserved.
Resources, Advice & Tips for Covid-19
Read More
What Will Happen if You Do Not Recycle Plastic