It is necessary to understand the importance of soil and the causes of its degradation to appreciate soil conservation. This also helps in choosing the right strategies to conserve this precious bio-resource.

The Food and Agriculture Organization of the United Nations (FAO) finds soil and water conservation (SWC) go hand-in-hand and describes and defines it as activities "which maintain or enhance the productive capacity of the land in areas affected by or prone to degradation."

Soil degradation is the process in which soil loses the functions that deliver services and goods that plants, animals and people depend on. Degradation can result from depletion of nutrients and organic matter, soil compaction, loss of soil structure, lack of proper drainage, and an increase in salinity or acidity.

Soil conservation should address these problems as they can have local and global consequences. 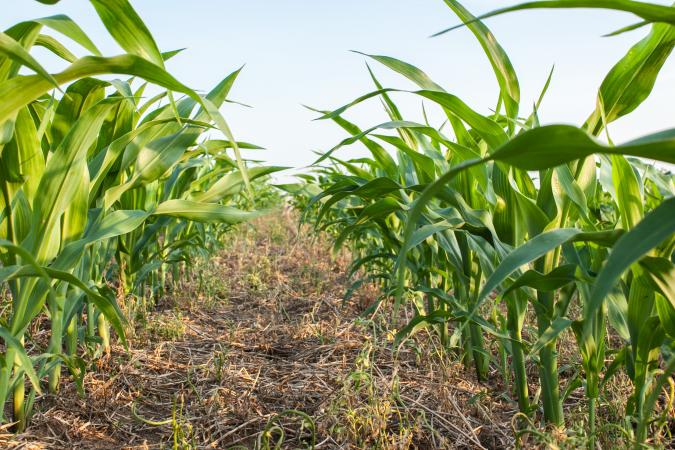 FAO says one important reason to conserve soil is to maintain and improve local farm production of food and guarantee livelihoods. Current practices in farming and livestock management unfortunately are themselves the main causes of soil erosion and must be addressed to make soil productive again.

Conventional cultivation methods involving tillage destroys the structure of the soil. For example, Brazil losses 55 million tons of topsoil each year due to agriculture, according to World Wildlife Fund (WWF).

In addition, industrial farming which relies on heavy application of chemical fertilizers, herbicides and pesticides destroys many beneficial soil microbes, and insects responsible for fertility. Continuous use of chemical fertilizers renders soil barren, and 10 million hectares of farm per year get abandoned due to degradation according to WWF.

Pastoralism is an important source of income in all parts of the world. However, overstocking and overgrazing lead to trampling and removal of vegetation cover that destroys the structure of soil degrading and exposing it to erosion, so these areas can no longer support livestock.

Besides food, soils provide many other regulating services such as carbon sequestration, waste treatment by soil microbes, and moderating extreme events like floods, according to The Economics of Ecosystems and Biodiversity (TEEB). "Fertile soils are a non-renewable resource" in human lifespans as they take thousands of years to be formed points out a 2015 scientific assessment. Globally 30% of the land surface is affected by soil erosion, and costs 300 billion US dollars each year. 46% of this cost is borne by the owners or managers locally, however 54% is a loss to the global community in terms of public goods such as carbon sequestration.

Soil conservation seeks to restore the lost services that land provides under natural conditions. On-site, which is where erosion occurs, conservation brings about beneficial changes to soil fertility, purifies water and air, prevents floods and fights climate change. Conservation is important to address disturbances caused in places where the soil is deposited off-site, like reduction of polluted runoff and eutrophication. 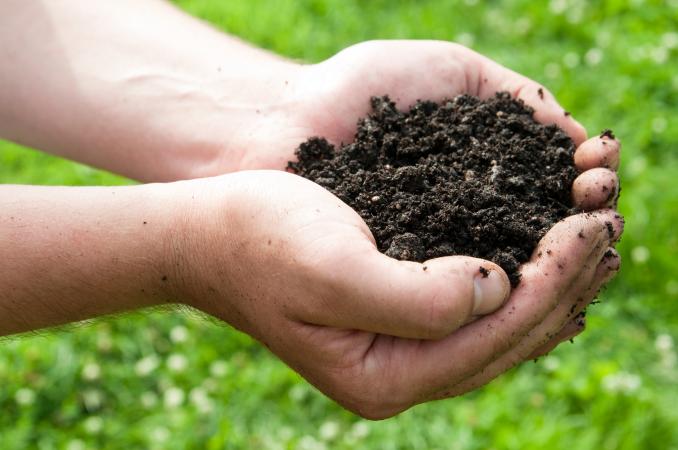 Building topsoil lost in sheet, rill and gully erosion can lead to improved soil fertility, as nutrients are present in topsoils. This is the zone where microbes living in the soil recycle important elements in humus and release them for plant growth, claims the Centre for Ecology and Hydrology (CEH).

These microbes would also help in breaking down toxic wastes and are an important method of natural soil remediation. Thus they keep pollutant levels down and water and air clean, according to TEEB.

By improving structure of the soil, its capacity to absorb and retain water is restored. Areas with compact or little soil would otherwise lead to increased runoff of rainwater, and therefore floods leading to stream and river bank erosion or flood plain erosion according to CEH.

Conservation contributes to combating climate change by increasing soil carbon stock. Besides leaves and stems, roots under ground also store carbon that is fixed by plants during photosynthesis. When the plant dies carbon in the roots is added to the soil and can remain in there for centuries. The amount of carbon increases each year, but with no vegetation cover the store of soil carbon gets reduced as some of it is gradually decomposed and carbon dioxide is released into the atmosphere. Soils and the surface litter of dead leaves and twigs can store two to three times the carbon, according to a study in Carbon Management (pg. 2), as in the atmosphere globally, and is a major carbon sink.

Soils of some ecosystems are more effective than the rest in this function and their rehabilitation and/or protection is crucial to fight climate change. For example:

In industrial farms, there are residues of chemical fertilizers, pesticides and herbicides in soil which also get carried too during erosion. These are deposited in rivers and streams, contaminating drinking water per a study for the Dutch Soy Coalition commissioned by Friends of the Earth Netherlands and Cordaid (pg. 16), or turn rivers and streams turbid affecting its quality in Brazil (pg. 22). Soil conservation can contain soil locally or eliminate use of chemicals. This also has the added advantage of preventing loss in livelihoods due to declining fish catch in rivers polluted by agricultural chemicals in runoffs as reported from Brazil (pg. 22).

When soil erosion is tackled, it removes one of the major causes of eutrophication of surface water-bodies. This results when agricultural runoff rich in fertilizers accumulate in them. Because of which there is an increase in growth of bacteria, which deplete dissolved oxygen in the water-bodies, killing aquatic wildlife.

There are several large scale and individual steps that can conserve soil, depending on the site and cause of the problem. Many soil conservation measures relate to agriculture since it continues to be the major cause of soil degradation.

Ways to conserve soil in conventional farming and individually at home include:

Individuals can also promote biological conservation farming. These options include the following ideas.

Soil erosion and conservation measures to tackle it were first chronicled by ancient Romans, after which the phenomena received little attention until 1815 when the modern initiatives began in Germany. Professional efforts however started only in the late 19th century to early 20th century and focused on soil remediation and flood control according to a scientific global review published in 2013.

In the U.S., extensive soil erosion from tilled farms left dry by droughts resulted in the Dust Bowl in early 1930s. After this, in 1935, Congress stated that "the wastage of soil and moisture resources on farm, grazing, and forest lands . . . is a menace to the national welfare," and formed the Soil Conservation Service (SCS), which was later renamed to Natural Resource Conservation Service (NRCS) to reflect its broader responsibilities. The service started by helping farms, then included watershed protection, flood control, planting in National Parks, wetland preservation and urban areas.

Next to air and water, most living beings, including people, are dependent on soil for their survival. It provides people with nearly all their food needs, is important for the economy, and supports forests and all land animals, according to the Canadian Encyclopedia. It is in everybody's interest to conserve it and help it healthy.