Something important to know when talking about recycling is Municipal Solid Waste (MSW), better known as trash. The United States Environmental Protection Agency (EPA) 2013 fact sheet takes into account the MSW statistics each year when computing national recycling figures. MSW (p. 4) includes common household throw-away items such as food scraps, package wrapping, grass clippings and even bigger items like an old microwave, sofa, or refrigerator. In relation to recycling statistics, MSW does not include items such as hazardous, industrial, or construction waste. 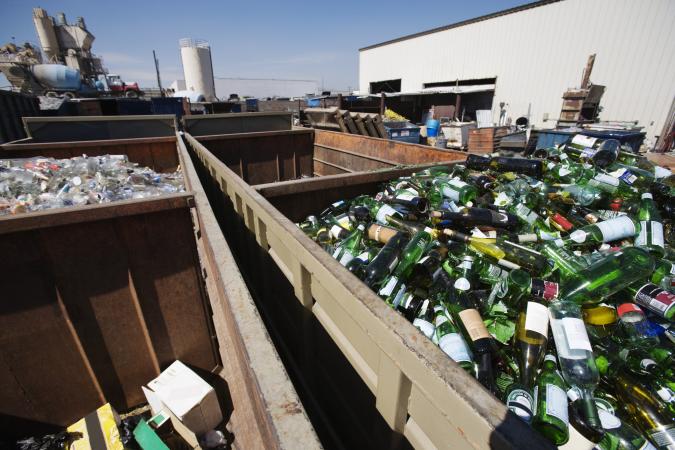 The EPA fact sheet and other recycling websites often use the term "recovery" to describe the recycling process, when recovering goods that would otherwise end in landfills. While statistics for recycling are collected regularly, it often takes time for the most current numbers to be processed and assimilated for public consumption. The latest fact sheet by EPA is based on 2013 figures, according to which 87 million tons (MT), or 34.3% of waste products, were recovered in 2013. The amount and percentage of each type recovered are:

Composting and recycling are the two methods of material recovery.

Compostable organic waste is the largest component of MSW, it makes up to one-third to half (p. 6) of the MSW according to the Institute for Local Self-Reliance (ILSR).

In the ILSR survey of 33 of 50 states provided data on quantities of compost production amounting to 19.43 MT. Seventy percent of this was yard trimmings. Food scraps, biosolids, agricultural waste including manure were some of the other main items. The EPA fact sheet estimate for the whole nation is 22 MT (p. 4).

Recovery of waste by the type of waste is also tracked by various agencies.

Not all of food waste is composted. There are many ways in which it is recycled according to a 2015 Post-Consumer Food EPA report.

Food waste refers to post-consumer waste from restaurant, grocery, and household food, and excludes preconsumer food from food processing facilities, agricultural operations, or other industrial processes. Of the commercial units surveyed, a good portion still had most of their waste end up in landfills (p. 2). The manufacturing industry reported the highest recovery rates through animal feed at around 82%. 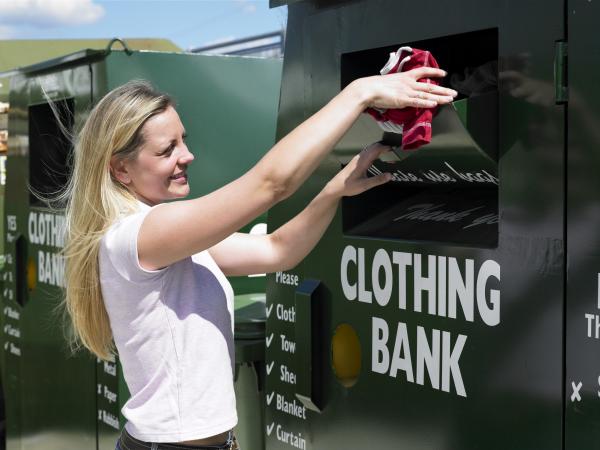 On an average, Americans threw away 70 pounds of clothing, textiles, shoes or accessories. Eighty-five percent of this was destined for the landfill where it takes up 5% of the space according to the Council for Textile Recycling.

The 15% was recovered through donation or recycling. Of these 10-20% were resold as second-hand clothing and 80% of the donated articles went to recyclers. From there:

Containers for food and beverages can be reused several times until they break and are eventually recycled. Up to 95% of recycled glass can be used to make new articles according to the Glass Packaging Institute. However, only about 34% are recycled. This percentage is made up mostly of the following three types of containers:

Although electronics are recyclable, in 2013, only around 40% of selected e-waste was recovered according to EPA fact sheet (p. 9). Computers and other electronics discarded in landfill become a source of disproportionately large amounts of hazardous waste like lead, cadmium, mercury, and other materials.

Batteries are not allowed to be dumped as many contain toxic metals like cadmium, mercury, lead or nickel. Ninety-nine percent of lead-acid batteries are recycled according to EPA fact sheet (p. 5). Dry cell batteries used in many electronics also have to be recycled through store or community recycling facilities.

Hazardous waste and construction and debris waste are not included in MSW. Construction and debris (C&D) waste to the tune of 530 MT was produced in 2013 (EPA fact sheet p. 17). Ninety percent resulted from demolition. This contains bricks, tiles, cement, asphalt shingles and concrete, wood, and steel. Most come from bridges and roads and not from buildings according to the EPA fact sheet.

The present recycling rate of 34% needs to be increased. The Economist in 2015 found that supply is not enough to meet the demand for recycled plastics and other materials. One way to increase recycling is to increase curbside segregated collection and then recovery of materials. At present:

How Does Your State Stack-Up?

One of the best ways to improve United States recycling statistics is to start at the state level and filter down to the community level and home level. The more responsibility taken at lower levels in the recycling chain, the better the national outcome will be. Consumer interest is a great way to get recycling programs started in communities.