Deforestation refers to the long-term or permanent loss of tree canopy cover and the conversion of this land for other purposes. A 10 percent loss of canopy qualifies for this term. United States deforestation has caused the destruction of virgin forests by 75% percent since 1600. In 2015, 33.9% of the total land area was under forests, inclduing primary, naturally regenerating and other woodlands.

In 1630, nearly 46% of land in the US was forested according to estimates by the U.S. Department for Agriculture, Forest Service (pg. 5). There are many causes of deforestation both in the United States, as well as in other countries. 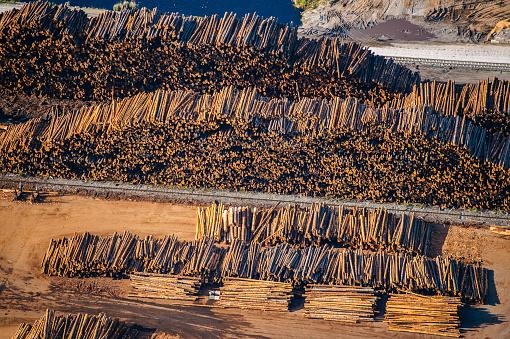 Many reasons include money. Many individuals living in highly forested areas are lured by substantial offers of money for the logging rights to their land. This occurs in all locations of the United States. A landowner doesn't even have to have a significant acreage to be approached by loggers. A few densely forested acres can yield a lot of wood for an experienced logger.

Once a logging company deforests an area, the landowner now has several acres of clear land. Again, prompted by money, a landowner can sell these acres to developers for new housing complexes. The urban sprawl is not just something for large metropolitan cities anymore. It's happening in various locations through rural America, too.

Farmers appreciate their forested acres being cleared. They can use this newly cleared land for agricultural purposes, either planting crops and reaping benefits from those harvests or allowing grass to grow for haying. Farmers who specialize in cattle can use these newly created pastures for their herd. It is no wonder that in 2012, it was estimated that 80% of deforestation worldwide occurs to make way for farmlands. Agriculture was still the main cause of deforestation even in 2016 according to Food and Agriculture Organization of the United Nations (FAO).

Invasive plants and tree mortality due to insect infestations also take their toll on tree numbers. For example, Florida suffers from the invasive Melaleuca reports a Forest Resources of the United States, 2012 report (FSR) by the USDA (pg. 11). Mortality due to the mountain pine beetle has setback tree growth by 48% in the Rocky Mountain regions since 2007 (FSR, pg. 26).

Trees have an impact on climate. Most everyone knows that plants help to generate oxygen into the air by the means of photosynthesis. The more destruction that is done to the world's forests, the less oxygen that is being re-released into the air. This causes atmospheric changes, thus influencing the world's climate.

Cutting down forests is one of the major causes of climate change, as the greenhouses gases like carbon dioxide that trees absorb during photosynthesis makes them one of the best carbon sinks. When these trees are absent, carbon dioxide can no longer be removed from the atmosphere, increasing global warming.

Deforestation, which releases 20% of greenhouse gas emissions (GHG), is responsible for contributing more GHG than burning fossil fuels does. Subsequent land use change like agriculture which releases other greenhouse gases like nitrous oxide and methane, due to fertiliser use add another 20%. This additional effect has to also be factored in with deforestation, warn scientists.

Forests have a tremendous ability to help protect topsoil and important soil nutrients. They protect against erosion and keep soil intact. It has been noted that with deforestation levels rising, the stream flow rates have increased. 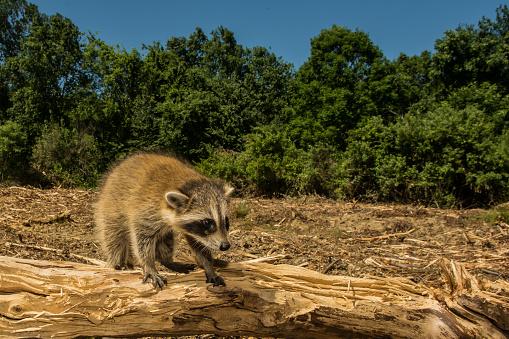 Deforestation has an impact on natural habitats. Within the forests, animals of many sorts dwell. With the loss of their homes, they must relocate. Their relocation often includes moving into more populated areas, including towns and cities. This harms the entire ecosystem.

Extent of Deforestation in the USA

Forests can be classified as reserved forests, timberland, and other forests explains U.S. Forest Facts and Historical Trends (FIA). Reserve forests include state and federal parks which are set aside for conservation, and would suffer less deforestation. Most of them are concentrated in the west where 11% of them are found, and the least in the east with only 3% of parks (FIA, pg. 6, 7). Timberland that is logged is evenly distributed everywhere in the U.S., and the other forests include slow growing spruce in Alaska and pine-juniper in the west (FIA, pg. 7).

Forestryencyclopedia states that forest area in the USA "has been fairly stable for nearly 100 years". However, according to Global Forest Watch, the USA ranks fourth in the world, with a loss of about 29 million hectares between 2001-2014.

Delaware showed more than 5% loss of forests in 2012 according to FSR due to removals (pg. 14). A global analysis conducted in the same time based on satellite imagery found that the Southeast region in the USA was one of the most intensively used areas in the USA.

In the states of Florida, South Carolina, and Alabama, there is a 30% change in land use. In some areas here trees are cut, in others they are being regrown, and in still others trees are cut and replanted, so that timber here is more of a crop. Alabama also showed forest cover loss due to a tornado hit in 2011. 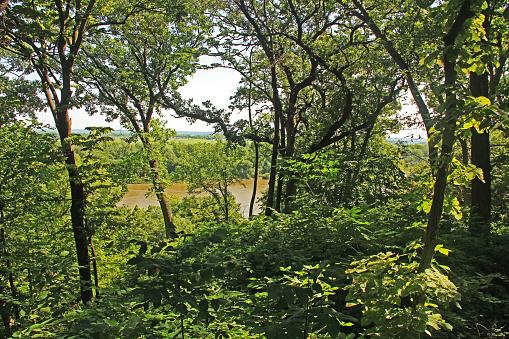 On the other hand, there are areas which show a positive trend where the forest area has actually increased over the years, due to replanting. The USA ranks second in the world in terms of tree cover gain. Nebraska shows more than 25% regrowth, Oklahoma saw a 20-25% rise in forest area, and Texas, Kansas, and South Dakota gained 10-20% in forest land area (FSR, pg. 14).

One area that remains largely untouched in the United States is the boreal forest in northern Alaska. Boreal refers to coniferous trees (cedar, fir and evergreen). Twenty-six percent of Alaskan forests are reserved and should stay intact for many, many years to come (FSR, pg. 17).

Hope Due to Replanting

Also, many forests are being replanted. The need of forest land has become more widely recognized throughout the United States, and environmentalists everywhere are putting more focus on this subject. Efforts are being made to repopulate dwindling forests and to replace lost habitat. It has been realized that deforestation has had a hand in global warming, and needs to be stopped in order to cease hurting the environment.

Even though forests are being replanted, it's not going to fix everything. These replanted forests have a different structure and composition than the original ones. However, replanting does increase forest area. By 2011, there was an overall increase in the USA forest area of about 1% since 2007, and the forests area continues to grow (FSR, pg. 14). In time, if left alone, these will mature to old growth forests.

It's doubtful deforestation will ever end. Wood from trees is always going to be needed for a building source. People heat their homes with wood. It's a relatively cheap source of fuel. While wood will be continued to be used for various things, the harvested amounts can be decreased. United States deforestation can turn itself around easily.