Pollution comes from all types of sources with various consequences. Pollution is harmful to the natural world and human health. If you're environmentally conscious, understanding the pollution basics can help you to minimize your contribution to pollution.

Air pollution is any contamination of the atmosphere that disturbs the natural composition and chemistry of the air. This can be in the form of particulate matter, such as dust or excessive gases like carbon dioxide or other vapors that can't be effectively removed through the natural cycles of the carbon cycle or the nitrogen cycle.

Some of the most excessive sources of air pollution include: 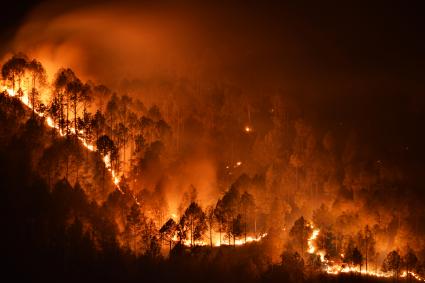 Depending on the concentration of air pollutants, several effects can be noticed. For example, polluted air results in smog increase, higher rain acidity, crop depletion from inadequate oxygen, and higher rates of asthma in the human population. Some scientists believe that climate change is also related to increased air pollution.

According to the World Health Organization (WHO), each year, 7 million people worldwide die from air pollution. WHO states the annually death rate from ambient outdoor air pollution is 4.2 million people worldwide. The organization's statistics also reveal an annual death rate from exposure to household smoke from fuels and dirty cookstoves is 3.8 million people. Of the world's population, WHO reports that 91% live where air quality exceeds the limits of the WHO guidelines.

Water pollution means any contaminated water, whether from chemical, particulate, or bacterial matter that degrades the water's quality and purity. Water pollution can occur in oceans, rivers, lakes, and underground reservoirs. The pollution spreads from different water sources flowing together through the natural water cycle.

Causes of water pollution include: 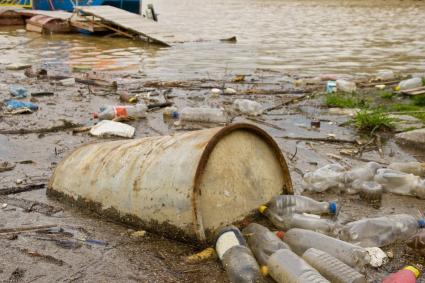 The effects of water pollution include decreasing the quantity of drinkable water available, lowering water supplies for crop irrigation, and impacting fish and wildlife populations that require water of a certain purity for survival.

One of the worst water contaminants is untreated wastewater from municipalities and industries. This type of pollution leaches into the soil and water. The United Nations Educational, Scientific and Cultural Organization (UNESCO) reports on municipal and industrial wastewater contamination to world water supplies in various countries. For example, in Europe 71% of municipal and industrial wastewater is treated, but in Latin America counties, that figure is only 20%. Middle East and North Africa statistics fall around 51%, whereas Asia and the Pacific region is between 10% and 20%. Untreated wastewater is simply released and pollutes land, water, coastal ecosystems.

It's estimated that water from U.S. major rivers is used and reused more than 20 times before it finally reaches the ocean. Nineteen percent of U.S. households are connected to septic tanks for treatment and disposal of wastewater. The 2012 UN statistics revealed 75.5% of the U.S. population was connected to wastewater treatment.

Soil, or land pollution is soil contamination that prevents the natural growth and balance of the land. Pollution can be present in land used for cultivation, habitation, or as a wildlife preserve. Some soil pollution is deliberate, such as the creation of landfills. However much of soil/land pollution is accidental and can have widespread effects. 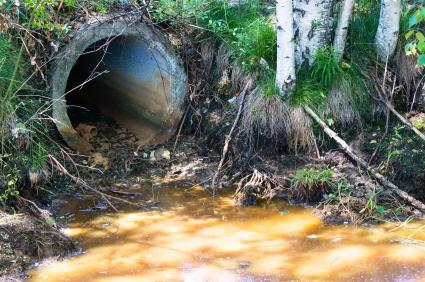 Soil contamination can lead to poor growth and reduced crop yields. Wildlife habitats can be destroyed. Water and visual pollution are often the result of soil pollution. Other results include, soil erosion and desertification.

According to the Conservation Institute, soil pollution is attributed to deforestation and soil erosion, agricultural chemicals, industrialization, mining, landfills, and human sewage. The loss of topsoil is attributed to fertilizers and the use of pesticides in farming practices. These chemicals create a breeding ground for harmful and devastating fungi that lead to land erosion.

Noise pollution refers to undesirable levels of noises caused by human activity that disrupt the standard of living in the affected area. Noise pollution can come from: 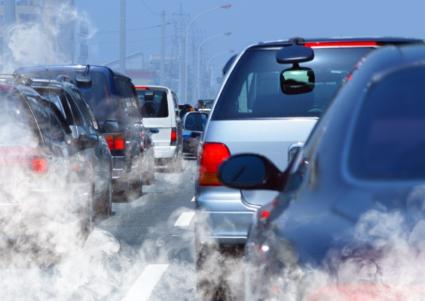 Some noise pollution may be temporary while other sources are more permanent. Effects may include hearing loss, wildlife disturbances, and a general degradation of lifestyle.

Early childhood development and education can be impaired from noise. The WHO reports that studies and statistics on children exposed to chronic aircraft noise suffer from impaired cognitive performance, well-being and moderate evidence of blood pressure and catecholamine hormone secretions are effected.

The WHO reports environmental noise and its effect on human health. In the EU, road traffic noise exceeds 55 db with 40% of the EU population exposed. 20% suffer from exposure to more than 65dB levels. More than 30% are exposed to nighttime noise levels of more than 55 dB. The Acoustical Society of America reports that in 1900, only 20% to 25% Americans were exposed to noise created by vehicles. That percentage in 2000 was 97.4%.

Sources of radioactive contamination include: 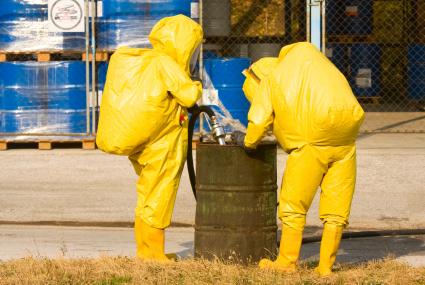 Radiation pollution can cause birth defects, cancer, sterilization, and other health problems for human and wildlife populations. It can also sterilize the soil and contribute to water and air pollution.

According to the U.S. Nuclear Regulatory Commission (NRC), 82% of radioactive pollution is the result of natural sources while 18% comes from anthropogenic sources (x-rays, nuclear medicine and products).

Thermal pollution is excess heat that creates undesirable effects over long periods of time. The earth has a natural thermal cycle, but excessive temperature increases can be considered a rare type of pollution with long-term effects. Many types of thermal pollution are confined to areas near their source, but multiple sources can have wider impacts over a greater geographic area.

Thermal pollution may be caused by: 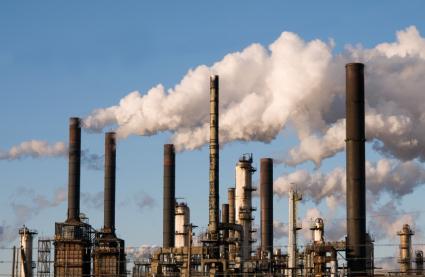 When temperatures increase, mild climatic changes may be observed. Swift changes make wildlife populations vulnerable and they may be unable to recover.

Thermal pollution can be seen as a result of various manufacturers. For example, Illinois State Water Survey reports the highest heat emissions worldwide are found in the Mississippi River, generated by coal-burning power plants. The most polluted basin in the world from thermal pollution is found in Europe - the Rhine River. 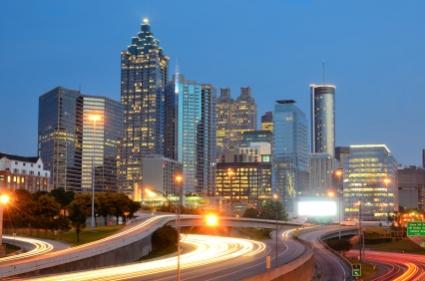 The National Institutes of Health reveals a growing body of work that suggests light pollution may have long-term ill effect on humans and wildlife. Exposure to light photons that hit your retinas can disrupt the circadian rhythm of humans and animals.

Another effect of light pollution is the inability to see the night sky. This is troublesome to astronomers and anyone wishing to enjoy star gazing. In 2016, the New World Atlas of Artificial Night Sky Brightness reported that 80% of the world resides under light pollution. In fact, 99% of the populations of the United States and Europe live under skies of light pollution. More than a third of the world's population is unable to see the Milky Way. This breaks down to 80% North Americans and 60% Europeans never see the Milky Way.

Visual pollution is more than an aesthetic eyesore or undesirable, unattractive views. It can lower the quality of life in certain areas, and have an economic impact on property values as well as personal enjoyment.

Sources of visual pollution include: 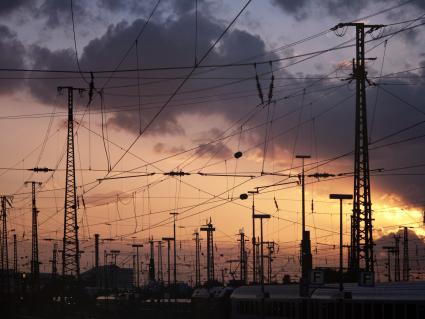 While visual pollution has a few health or environmental effects, is the pollution that can have detrimental affects. Most of the effects impact those living near or in this type of pollution. Visual pollution presents a hazard and alters the community identity. For example, visual pollution can be distracting while driving a vehicle or operating equipment, and can lead to traffic congestion.

The European Scientific Journal published a study in June 2015 called "Visual Pollution Can Have A Deep Degrading Effect On Urban And Suburban Community: A Study In Few Places Of Bengal, India, With Special Reference To Unorganized Billboards." The study concluded that developed countries recognized and were taking steps to reduce visual pollution. The researchers concluded that in developing countries, garbage is a greater nuisance and health problem than it is a visual pollution issue.

Personal pollution is the contamination of one's body and lifestyle with detrimental actions. This may include: 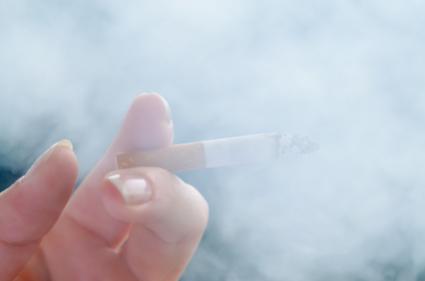 According to the EPA, personal pollution includes, all types of pharmaceuticals, and personal care products (PPCP). The human and veterinarian products create trace environmental pollutants found in both surface waters and ground waters.

The EPA reports nutrient pollution is a challenge since it is a big problem that is spread throughout the U.S. Excessive phosphorous and nitrogen discharged into the water and air is largely blamed on personal pollution or human activities, such as fertilizers, sewage discharge from treatment plants, animal manure, runoff, pet waste, and more. Row crop runoff and animal feeding operations are a major cause. 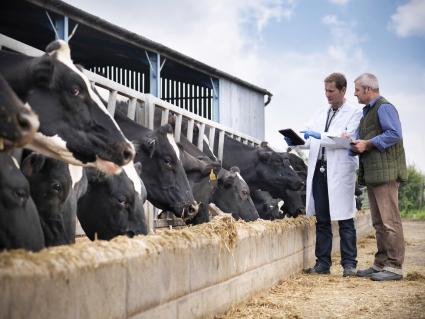 Intertwined with other forms of pollution, such as its carriers of air and water and personal pollution, nutrient pollution impacts all of these areas as well as human health. Water charged with nutrient pollution can generate algae that overcomes the water systems (algae blooms). Shellfish, aquatic and marine life suffer when they absorb the toxins created by algae blooms. Eating contaminated shellfish or drinking water from this source can make a person very ill and in extreme cases lead to death.

The Mississippi River Basin runs through 31 states before it empties into the Gulf of Mexico. Nutrient pollution effects this ecosystem. The EPA reports in the United States:

Littering is a form of pollution that can fall into several other types of pollutions, such as personal, visual, water, and soil. Any type of waste or trash carelessly discarded without proper disposal is the definition of littering. This can include anything from fast-food containers, bottles, paper and plastic packaging, sales receipts, electronic waste, etc. 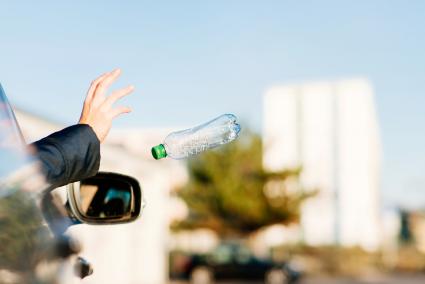 The type of litter often determines the effect it has on the environment. For example, some litter contains harmful chemicals that can find their way into water and soil. Plastics can harm wildlife that either get trapped in plastic bags, and die, or marine life that consumes small pieces of broken down plastic.

The leading national nonprofit Keep America Beautiful reports statistics on the types of litter in the United states. These figures show 40% less litter in residential neighborhoods than along the roads. When it comes to convenience stores and commercial areas, the surrounding roadways have 11% more litter.

All types of pollution are interconnected. For example, light pollution requires energy to be made, which means the electric plant needs to burn more fossil fuels to supply the electricity. Those fossil fuels can contribute to air pollution, which returns to the earth as acid rain and increases water pollution. The cycle of pollution can go on indefinitely, but once you understand the different pollution types, how they are created, and the effects they can have, you can make personal lifestyle changes to combat poor conditions for yourself and others around you.

112
Comments
© 2006-2020 LoveToKnow, Corp., except where otherwise noted. All Rights Reserved.
Types of Pollution