Among the most pressing of today's environmental issues is the pollution of air. Air is the breath of life, yet there are many kinds of air pollution contributing to problems that range from human health issues to climate change.

Types of Air Pollution Most Hazardous to Humans

The Idaho Department of Environmental Quality states that the Clean Air Act of 1970 (CAA) identified ozone, particle matter, carbon monoxide, nitrogen gases, sulphur dioxide, and lead as six main air pollutants. The two forms of air pollution considered most harmful to humans by the American Lung Association are ozone or smog, and particle pollution or soot.

Ozone is considered the most prevalent air pollutant by the American Lung Association. Ozone is not emitted, but formed through a chemical reaction between sunlight and gases like nitrogen oxides, carbon monoxide and volatile organic compounds (VOC) explains the US Environmental Protection Agency (EPA). These gases are emitted by the burning of carbon based or fossil fuels. This is called ground or tropospheric ozone and is 'bad', as opposed to the 'good ozone' found in the stratosphere that protects earth from harmful ultraviolet components of sun rays. Ozone pollution is generally highest during the sunniest months of the year, from May through October.

American Lung Association's State of the Air 2016 says particle pollution also takes a place at the top of the list of most dangerous pollutants to human health and is widespread throughout the environment. This air pollution is composed of solid and liquid particles made up of ash, metals, soot, diesel exhaust, and chemicals. Centers for Disease Control and Prevention (CDC) explains that particle matter (PM) is produced from two different kinds of sources - primary or secondary.

The World Health Organization Factsheet (WHO) lists the major matter in pollution as sulfate, nitrates, ammonia, sodium chloride, black carbon, mineral dust, and water. Particle pollution can be dangerous even in low concentrations, leading to increased mortality and morbidity, and is the pollutant that affects people more than any other pollution.

The size of the particles formed are different and have differing effects, according to the WHO.

Perhaps the most publicized form of pollution today is the mixture of gases responsible for producing the greenhouse effect, leading to global warming and climate change. 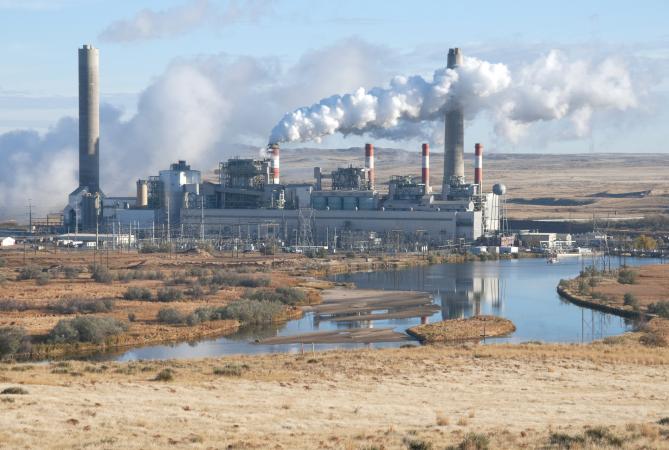 A certain percentage of greenhouse gases are produced by natural sources and collect in the atmosphere, forming a layer of reflective and absorbent materials that prevents some of the heat radiated by the sun from escaping the Earth's atmosphere. This keeps the temperature sufficiently warm for plant and animal life to thrive, explains Livescience. However, with the addition of man-made greenhouse gases, too much heat is reflected back into the atmosphere, giving rise to global warming.

Beginning with the Industrial Revolution, man has added to that production of greenhouse gases, primarily by the burning of fossil fuels. Among the most common of these are carbon dioxide, methane, nitrous oxide and chlorofluorocarbons (CFCs) notes NASA, and the present climate change is mainly due to human activity. Burning of fossil fuels in vehicles, agricultural use, and energy production are the main causes. Clearing of forests, use of nitrous oxide in fertilizers, and gases used in refrigeration and industries are adding to this problem points out National Geographic.

Estimates made by the IPCC, or Intergovernmental Panel on Climate Change, show that "About half of the anthropogenic CO2 emissions between 1750 and 2011 have occurred in the last 40 years" (pg. 4 ). This century itself could see an increase of 0.3°C to 4.8°C, depending on the efforts made or not made to control the phenomena (pg. 7). NASA lists the current effects and those that will continue:

The Natural Resources Defense Council (NRDC) lists some pollutants that are biological and produced in nature, like pollen and mold.

Some local government resources, like the Southwest Ohio Air Quality Agency in Hamilton County, provide information on the daily levels of pollen and mold for many species of trees and plants.

The U.S. air quality standards are specified by the EPA in their National Ambient Air Quality Standards Table (NAAQS). In addition, people can check the level of pollutants in their area at the website AirNow, maintained by the government. The State of the Air 2016 found that air quality had improved over the decades, with a 69% reduction in pollution since 1970, even though it was marked by growth in industries, energy use and mileage. Pollution levels have continued to fall from 2012 to 2014. However, 25 of the worst polluted cities reported more unhealthy days than before (pg. 4 & 5), so air pollution is still an issue.

While the many kinds of air pollution that contaminate the air today are certainly of concern, awareness is growing about the danger they pose to people and the planet. New regulations put into place over the past several decades, such as the Clean Air Act and others, have significantly reduced the amounts of pollution pumped into the air every day. While there is much more to be done, environmentalists have managed to bring global warming and other environmental hazards to the forefront, gaining support from the public and the politically connected, advancing their cause in the halls of the United States government as well as in international forums.