Biodegradable plastics are those that can be degraded by microbial action to produce natural end products, like water and carbon dioxide, in a reasonable period of time. The time needed to decompose completely depends on the material, environmental conditions such as temperature and moisture, and location of decomposition according to Biodegradable Products Institute (BPI pg. 2).

Materials must meet ASTM Specifications D6400 or D6868 to be called biodegradable and compostable on land, and meet ASTM D7081 specifications for marine environments. ASTM is a worldwide product standards group. 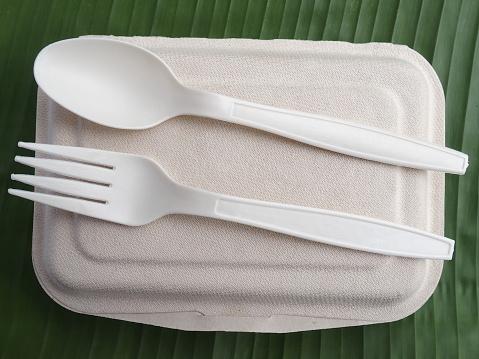 PHA is produced naturally by bacteria and Genetically Modified Organisms (GMO) plants, but there are plans to try production from food waste. Polyhydroxybutyrate or PHB is also a kind of PHA that is widely used. PHAs are expensive to make as only limited quantities can be produced from bacteria.

The DUJS explains that PLA is a thermoplastic made through fermentation by bacteria. PLA are actually a long chain of many lactic acid molecules. Since there are many inexpensive means of producing lactic acid, these have only to be polymerized or joined. Therefore, PLA is less expensive than PHA. However, PLA is brittle and its application is more restricted than PHA. Manufacturers get around this problem by including additives or polymers.

Since PLA does not decompose quickly in soil or seawater, this can become a problem when littered.

Biomass based plastics are made of starch and cellulose obtained from crop residues as well as wood from trees.

Cellulose acetate (CA) is a synthetic product that is derived from cellulose that is found in each part of a plant. Cellulose is currently used from cotton, wood, and crop waste according to a 2015 scientific publication. This can be used to form molded solid plastics, cigarette filters, coatings, photographic-films and filters. Cellophane is a biodegradable film produced from cellulose. There is ongoing new research to find new plastic films from waste crop and wood material that are water resistant and biodegradable according to Phys.

A 2017 review notes starch is treated with heat, water, and plasticiers to produce a thermoplastic. To improve its strength, it is combined with fillers made of other materials. The main sources of starch are maize, wheat, potato, and cassava. This plastic is used in packaging, bags, and agricultural mulch films, tableware, flower pots, and molded to make packaging and consumer goods. It is seen as an alternative for polystyrene (PS) according to Food Packaging Forum. Starch is added to biobased and conventional plastics to make them more biodegradable notes a 2017 Phys report. 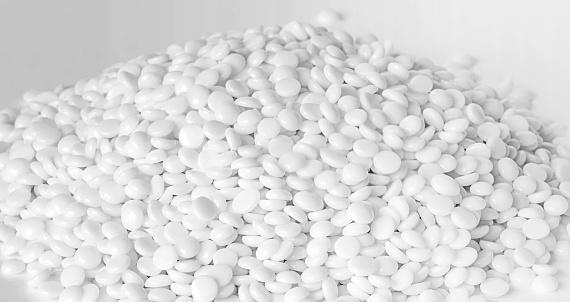 According to Bioplastics Guide, there are a few new fossil fuel plastics that can also be biodegradable. The most common ones are Polybutylene succinate (PBS), Polycaprolactone (PCL), Polybutyrate adipate terephthalate (PBAT) and Polyvinyl alcohol (PVOH/PVA).

All four fossil fuel based plastics biodegrade in three months in industrial composting, in one year in backyard composting and in one to two years in soil/ landfills according to InnProBio (pg. 4).

Properties of the different biodegradable plastics must be kept in mind to treat them at the end of their life-cycle, cautions the Environmental Protection Agency (EPA).

The biodegradable nature of plastics cannot solve the problem of plastic pollution if they are not properly disposed. It is also still necessary for consumer behaviour to stay focused on reducing consumption or recycling plastic to benefit from the change from conventional fossil fuel plastics to biodegradable plastics.