The media, public, and scientific communities are focusing more than ever on the top 30 environmental concerns the Earth is currently facing. Many of the concerns are interconnected, following the web of life. As increasing evidence supports the devastating effect humans have on the environment, more people are taking steps to protect the environment and educate others.

Americans are most concerned about six environment issues.

Biodiversity encompasses every living organism on the planet. The various concerns for pollution, endangered species as well as the increase in species extinction and different types of pollution, make biodiversity the number one environmental concerns. Based on the increased rate of species extinction, some scientist have stated the earth is in the throes of the sixth extension, the fifth having been when the dinosaurs disappeared. A survey conducted by National Geographic Society and Ipsos (market research) of 12,000 people around the world revealed the majority believe half of the Earth should be dedicated to the protection of the land and sea.

Contamination of fresh water used for household needs, including pollution of rivers, lakes and reservoirs, ranks top on the list of environmental concerns for 61% of Americans. The Environmental Protection Agency (EPA) has set standards to ensure quality of drinking water to protect public health by limiting levels of various contaminants like microorganisms, disinfectants and their byproducts, inorganic compounds, organic compounds and radionuclides. 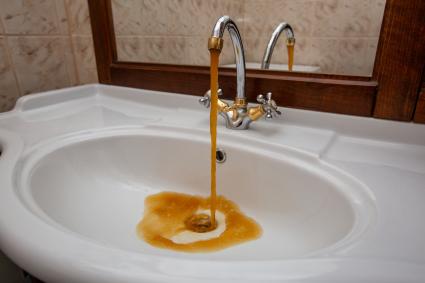 In February 2019, PR Newswire reported a national survey conducted by Bluewater technology company, revealed one-third of Americans had water contamination issues over the past two years. 50% of Americans are concerned about contaminants in their water supplies. Most drinking water has some type of contaminates. You can look up the quality of your drinking water by using the zipcode lookup on the EWG (Environmental Working Group) website.

General worry over water pollution and associated environmental issues greatly concerns more than half of all Americans who participated in the 2016 poll. Many water sources like streams, rivers and oceans are getting polluted. Related issues include acid rain, nutrient pollution, ocean dumping, urban runoff, oil spills, ocean acidification, and wastewater. 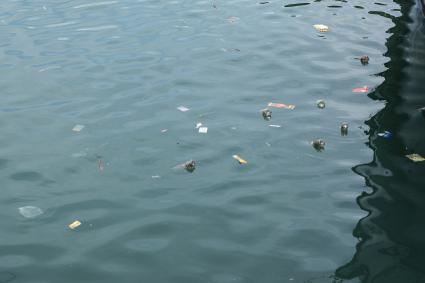 American Rivers published its 2019 report, America's Most Endangered Rivers report. rivers in Asia, Africa and South American are polluted. In the U.S. there are 12 to 18 million water borne diseases reported in a year, half of which are spread through rains. Globally, "certain food-borne disease outbreaks" are linked to water pollution.

Concerns over air pollution have remained steady over the last decade, with more than 40 percent of Americans worried about indoor and outdoor air quality, carbon emissions, and pollutants like particulate matter, sulfur oxides, volatile organic compounds, radon and refrigerants. 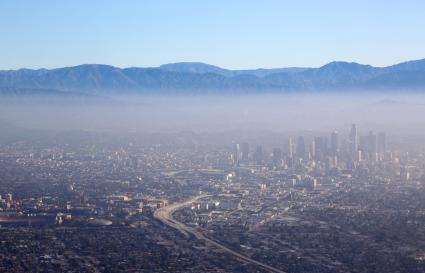 According to a 2019 World Health Organization (WHO) report, 9 out of 10 people are breathing air that has high levels of pollutants. WHO reports 4.2 million people die annually from outdoor air pollution. For those living in urban areas, 80% are in regions where air pollution levels exceed the WHO limits. The State of Global Air reports air pollution is number five worldwide for the leading mortality risk factor. The largest worldwide risk factor is fine particle air pollution. Phys.org reported a 2019 study conducted by the International Council on Clean Transportation (ICCT) found diesel vehicles cause 47% of exhaust emissions death. Exhaust emissions deaths from diesel emissions in Italy, Germany, France, and India were 66%.

Nearly 40% of Americans are worried about distant problems like loss of tropical forests. Rain forests cover only 2% of land but support 50% of its species according to Mongabay. Yet among tropical forests the area of rainforests cleared is the maximum, and most of it is export driven. "Every year an area of rainforest the size of New Jersey is cut down and destroyed," notes Mongabay. In 2019, summer fires that ravaged the Brazilian Amazon and set the world ablaze with outcries. 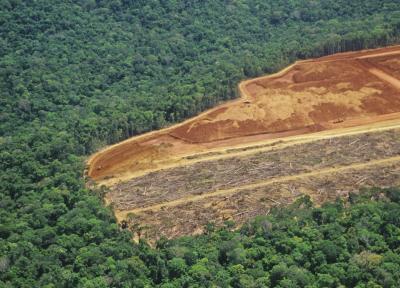 Climate change and related issues was a concern for 37% of the Americans in 2016. This includes tropospheric ozone depletion caused by CFCs (chlorofluorocarbons). Increases in levels of emissions of greenhouse gases NASA records that temperatures are 1.7°F more since 1880, a decrease of 13% per decade in Arctic ice cover, and about a 7-inch increase in sea levels over the last 100 years. Moreover, warmer oceans, glaciers melting on mountain tops, and extreme events increasing in U.S. are presented as evidence of climate change by NASA. 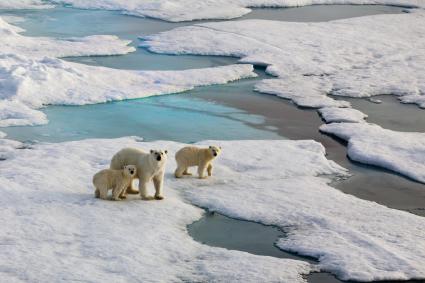 According to the 2019 Pew Research poll, climate change continues to be a geopolitical argument with 84% democrats believing humans are the cause and only 27% republicans agree. According to a 2019 CBS News Poll, "Fifty-two percent of Americans think almost all climate scientists agree that human activity is a main cause of climate change, while 48% say there is still disagreement among scientists about whether human activity is a main cause."

The other top issues facing the environment today are listed in alphabetical order. 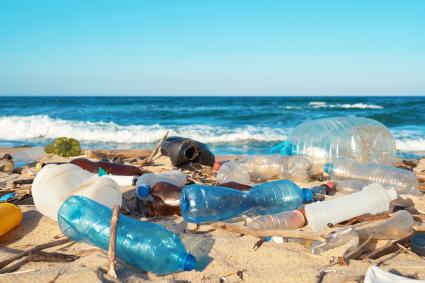 7. Biological pollutants: The EPA says that "biological contaminants are, or are produced by, living things." These include bacteria, viruses, molds, mildew, dander, dust, mites, and pollen, as indoor pollutants. They are found in places where there is food and moisture available. They can cause allergic reactions or infectious diseases, to which children and elderly people are more susceptible.

8. Carbon footprint: A carbon footprint is the amount of carbon emissions each person creates. Individuals can reduce this footprint and their effect on the environment, through use of renewable energy sources (solar power, geothermal heat pumps), recycling, and sustainable living.

9. Consumerism: Over-consumption affects the planet. Natural resources are finite and are being destroyed by current consumption patterns. In 2019, the PNAS (Proceedings of the National Academy of Sciences) published a paper depicting how commodity production of agricultural crops creates biodiversity losses of significant proportions. A 2017 scientific study says global supply chains are threatening species in many biodiversity hotspots. Moreover 50-80% of resource use is dictated by household consumption, according to another 2015 study (pg. 1).

10. Dams and their impact on the environment: WWF reports there are 48,000 dams in the world, built to provide water for drinking and irrigation, and energy. However, they lead to habitat destruction, species loss, and displacing millions of people. 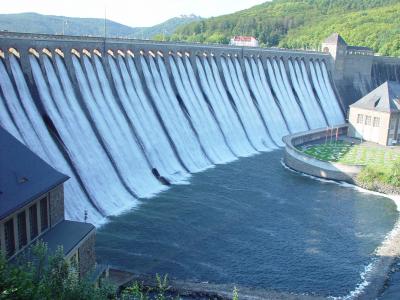 11. Ecosystem destruction: Shrinking habitats such as aquaculture, estuaries, shellfish protection, landscaping, and wetlands are responsible for species loss, and can be protected through ecological restoration. Though global initiatives, like the Convention on Biological Diversity (CBD) that was signed by 150 countries in 1992, increasingly protect ecosystems a scientific review in 2016 found nearly half of habitats are still severely threatened.

12. Energy conservation: Use of renewable energy for home and business, effecting energy efficiency, and avoiding fossil fuel use to mitigate climate change and protect the environment.

13. Fishing and its effect on marine ecosystems: Many forms of fishing like blast fishing, cyanide fishing, bottom trawling, whaling, and over-fishing have had an adverse effect on aquatic life. According to MNN (Mother Nature Network), there has been a decrease in populations of 36% of species, from sardines to baleen whales, due to over-harvesting.

14. Food safety: The effects that additives like hormones, antibiotics, preservatives, and toxic contamination, or that lack of quality control can have on health. "Each year, 1 in 6 Americans get sick from eating contaminated food," reports Center for Disease Control and Prevention (CDC).

15. Genetic engineering: People are concerned about genetically modified foods (GMOs) and genetic pollution. The Center for Food Safety reports in the U.S., genetically engineered foods are prominent in the food supply chain. The percentages of GE foods include, 92% corn, 94% of cotton, 94% of soybeans and 72% of all processed foods.

16. Intensive farming: Monoculture, irrigation, and excessive use of chemical fertilizers and pesticides leads to loss of soil fertility and increase in carbon emissions according to the Union of Concerned Scientists (UCS). Similarly, cattle rearing in industrial farming relies on antibiotics that pose a health risk for people. Moreover, as WWF points out in many parts of the world, cattle rearing causes overgrazing, forest destruction and degradation, and methane emissions. 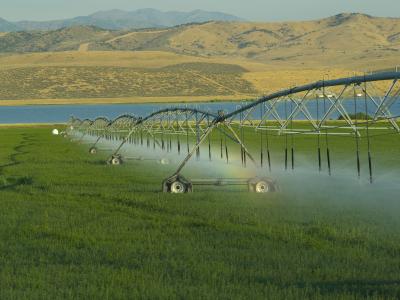 17. Land degradation: Land degradation affects 1.5 billion people around the world according to the United Nations (UN). It is brought about by farming, grazing, clearing of forests, and logging. Extreme degradation leads to desertification due to which 12 million hectares become unproductive annually.

18. Land use: Changes that result in replacing natural vegetation with urban sprawl and farms leads to habitat destruction, fragmentation, lack of free space for people and more carbon emissions, according to the U.S. Global Change Research Program.

19. Deforestation: Logging and clear-cutting destroy wildlife habitats and are among the leading causes of species extinction. Moreover this also contributes to global warming as trees trap greenhouse gas emissions, and in their absence these emissions increase, according to National Geographic.

21. Nanotechnology and future effects of nanopollution/nanotoxicology: Nano particles could pollute soil and groundwater, and eventually get into the food chain, where they can be a health risk. However, the health risks they pose are unknown since research in this area has been deemed irresponsible and therefore unfeasible, according to the American Chemical Society. 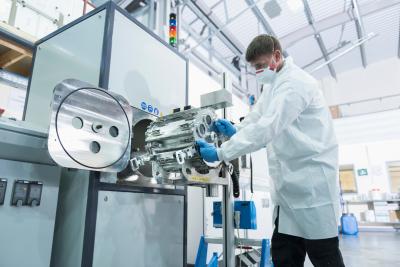 22. Natural disasters: Earthquakes, volcanoes, tsunamis, floods, tornadoes, hurricanes, avalanches, landslides and forest fires are natural disasters that threaten people and the environment. As the UCS report on global warming points out that, there has been an increase in extreme weather events like snow fall, storms and floods in U.S. linked to climate change. Statista reports that besides the U.S., China and the Philippines are the worst affected, with total fatalities amounting to several hundred thousands.

23. Nuclear issues: Concern over impacts of the populations' reliance on nuclear power such as nuclear fallout, nuclear meltdown, and production of long lasting radioactive waste trouble many Americans. Greenpeace considers nuclear energy slow and expensive, concluding that the risks far outweigh its benefits.

24. Other pollution issues: Light pollution and noise pollution can affect the quality of residential life, human health and behavior. About 100 million Americans are affected by noise pollution according to Mercola. The Department of Physics at Florida Atlantic University, outlines the effect light pollution has on plants and animals by upsetting their natural biological clocks, affecting migratory birds, insects and even aquatic life.

25. Overpopulation: Overpopulation may seem to impact the environment by straining resources, but this is complicated by consumption patterns, government policy, availability of technologies, and regions where the population rise occurs. However, in 2019, the UN revised its world population report of previous projections of 11.2 billion people by 2100. The new data shows an downward turn in birth rates with populations actually shrinking.

26. Resource depletion: Finite natural resources are being over-exploited. Phys.org and Global Agriculture reported in July 2019 of Earth Overshoot Day. The world had used up all the natural resources for the year. This type of unsustainable use poses the danger that the world can run out of necessary materials and affect the economy and human's well-being.

28. Sustainable communities: Development of sustainable communities depends on reducing reliance on fossil fuels, supporting local farmers and merchants, encouraging green practices and building, consideration of native wildlife, adoption of mass transportation and cleaner methods of commuting. Sustainable development is necessary to ensure human needs like housing are met, to protect resources and biodiversity, to control climate change, and for a stable economy.

29. Toxins: Toxic chemicals are used in industry, agriculture, laboratories, hospitals, waste management systems and even residential homes, and include chlorofluorocarbons, heavy metals, pesticides, herbicides, toxic waste, PCB, DDT, bioaccumulation, endocrine disruptors, asbestos. These can also arise from poorly implemented hazardous waste management. These can be solid, liquid or gaseous and can pollute air, water and soil. When they enter the food-chain, they pose a health risk especially for children and elderly people according to National Geographic. 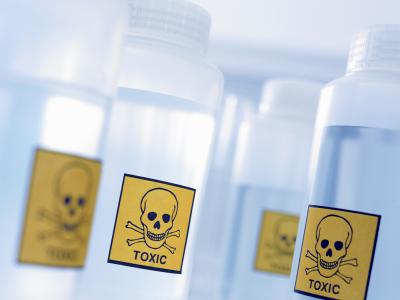 30. Waste: Waste generation and management create a slew of environmental issues, such as litter, landfills, incineration, marine debris, e-waste, and contamination of water and soil caused by improper disposal and leaching toxins, according to Encyclopedia.com.

Environmental protection and preservation of the planet is the responsibility of every individual and community on Earth. Identify a concern of interest from the above list to take action on a personal and household level to have an impact on the planet and to educate other members of in the community on environmental issues.