The seven biggest environmental threats to the Earth are issues every person should understand. Once understood, you may choose to take action to see that these threats are eventually eliminated.

According to the Global Risks Report 2019 from the World Economic Forum, environmental concerns have been gaining on concerns over economic issues as the prominent risks people face. Increasing incidents of extreme weather events are blamed on climate change cited as a top concern.

NASA confirms that the amount of carbon dioxide levels in the atmosphere have increased "from 280 parts per million to 400 parts per million in the last 150 years. Causes cited were the burning of fossil fuels, intensive agriculture and other human activities.

The increase of carbon dioxide levels are blamed for an increase of global temperatures by one degree Celsius over pre-industrial levels. Besides increasing extreme weather, this rise in temperature also has raised sea levels by 1-4 feet since 2010, caused Arctic ice caps to shrink and increased the length of growing seasons, adds NASA.

Global Risks Report 2018 further states that biodiversity loss due to species extinction is considered a risk not just for the environment but also the global economy. An alarming rate of species extinction is happening worldwide. The human induced rate of species loss is estimated to be around 1,000 to 10,000 times the normal rate, according to the World Wildlife Fund (WWF). Greater preservation tactics and strategies are advised with more laws put into place to protect species.

However, there is hope. An example of successful endangered species preservation is the American national symbol, the bald eagle. In the 1960s, there were only 487 nesting pairs of bald eagle left. As of 2015, there were over 69,000 eagles in the United States!

This increase in the bald eagle population demonstrates how threatened species can be brought back from the brink of extinction. More and more animals and other forms of wildlife are being added to the endangered species list each year. It makes sense to become better land stewards, instead of encroaching on forests and wetlands.

Air, water, and land pollution has been named as one of the prominent risks in the Global Risks Report 2018. Pollution has been the unwelcome byproduct of industrial development in the past century. While there are nine kinds of pollution, air and water pollution have the most alarming consequences. 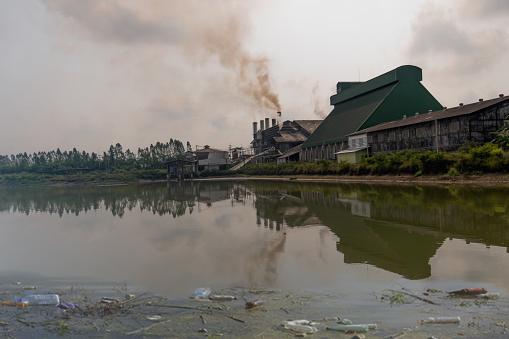 92% of the world population lives in areas with polluted air which causes 11.6% of global recorded deaths, points out World Health Organization. Air quality is particularly bad in cities, and this situation is going to get worse as more people move to cities.

The 2019 EPA annual report, Our Nation's Air reveals the air pollution for the United States had been on a steady decline since 1990. Significant drops in air pollutants contrast sharply with an increase in human activity and energy use.

The Global Risks Report 2018 points out that plastic pollution is so great that micro-plastics is found in 83% of tap-water in the world. Chemical pollution from agriculture and industries is another problem where plants and animals are killed or are affected by toxins.

Consumers are also responsible via industry for hundreds of hazardous chemicals used in the production of various products. Heavy metals continue to contaminate land, water, and air. The power of a consumer can be mighty when each person in the world realizes that action can be taken and changes made by carefully choosing how each consumer dollar is spent.

The WWF lists water scarcity as one of the major environmental threats. All the continents are affected by a water shortage. Though the earth's surface is covered 70% by water, only 2.5% is fresh water that people, plants and animals can use to survive points out the news organization Deutsche Welle (DW).

Water shortage occurs due to physical lack of water. In most cases it is due to careless overuse. People extract water from groundwater-reservoirs and rivers, and demand is growing. 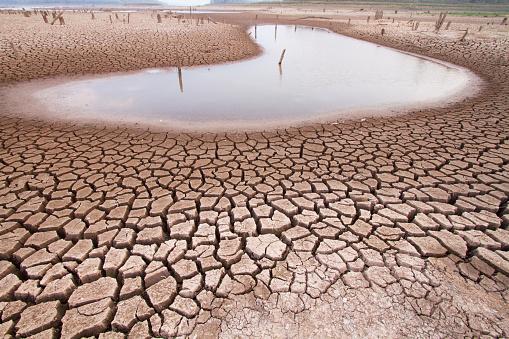 About two billion people in the world, most of whom live in developing nations suffer from water shortage. It's believed that climate change can make this trend worse. Large lakes are drying up which impact not just people but also vegetation and wildlife.

"Central Asia, the Arab world, parts of China, India, and the western United States" suffer from water shortage according to DW (Deutsche Welle). This can have devastating social and economic consequences, affecting livelihoods dependent on water, and even lead to conflicts and displacement of people.

The UN points out that in most places suffering from water shortage are the result of mismanagement. This type of problem can be fixed and is also avoidable.

A growing world population might seem like an obvious threat to the environment. This is, however, also connected to the bigger threat of consumption that is far more complex and directly linked to the unique system of supply and demand. Consumption can vary on depending on income level, age, and gender points out the Australian Academy.

Consumers place more demands on the earth's natural resources as the population increases year after year. Compound this with each world government doing its own brand of commerce, many without environmental consciences, and you get the formula for environmental chaos and disaster. WWF rates natural resource use as a prominent threat, saying:

WWF considers deforestation a major environmental problem. The Global Risks Report 2018 notes that in 2016, 29.7 million hectares of forests were cut down.

The remaining word's forests which cover 30% of the land are threatened by deforestation. National Geographic reports that forests are cleared mainly for agriculture and logged for timber. 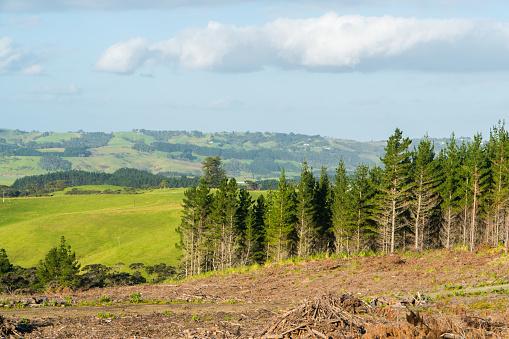 Deforestation leads to loss not just of biomass and plant species, but also of habitats of animals. Deforestation is also said to be a driver of climate change as trees that normally absorb carbon dioxide are no longer there. A region that loses its biodiversity, becomes more vulnerable to other environmental elements.

Deforestation disrupts the natural balance of ecological systems in the area where the trees have been harvested and far beyond. Food production can be impacted due to drought and erosion is directly linked to the loss of forests.

The various results of soil degradation can have devastating impacts on all life. The land must recover, sometimes that is almost impossible.

The Guardian reports that a third of the global soil is degraded. This includes "20% of the world's cropland, 16% of forest land, 19% of grassland, and 27% of rangeland". American Scientist points out that as it takes 1,000 years to form 3 cm of topsoil, the current rates of degradation are unsustainable.

While there are many other threats to the environment that have a significant impact, these are certainly the seven biggest environmental threats facing the world today. Learning what they are can make you conscious of things you can do to protect the Earth.