What Is Environmental Degradation?

Environmental degradation is a result of socioeconomic, technological and institutional activities. Degradation occurs when Earth's natural resources are depleted. These resources which are affected include:

Land, water and soil are compromised when people exhaust resources or release harmful chemicals into the air. These environmental changes are based on many factors. The causes of environmental degradation include:

Deforestation and the Wasting of Resources

Deforestation, wasting resources, and pollution all add to the demise of an environmentally sound and safe planet. For example, when trees in forests are cut down in large quantities, so that more homes can be built on the land, the birds and wildlife who lived in the forest must find a new place to live. 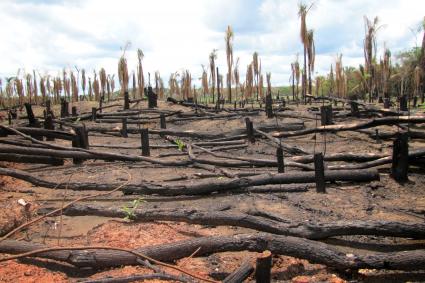 When factories produce harmful chemicals and toxic waste into bodies of water, humans suffer. Pesticides and fertilizers can also get into a region's water system and pollute it. Drinking water is contaminated.

Some people residing in third-world countries are highly affected by the degradation of the planet. These unhealthy practices cause severe health crises. According to the World Health Organization (WHO), 4.2 million premature deaths are linked to just air pollution.

Deaths of Children from Air Pollution

The WHO also attributes air pollution as the cause of acute respiratory infections in children that often leads to death. The WHO reports, "It [polluted air] puts their health and development at serious risk. 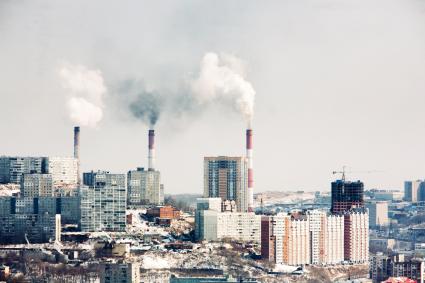 In many countries in Africa, crop harvests are falling as consumption increases. People are finding less nutritious food to eat. One argument held is that while fields in wealthier nations are used to grow crops for fuel, poorer countries, especially those around the Equator, are vulnerable to weather changes, water shortages, and urbanization.

All of these factors are increasing and the health and lives of thousands are impacted. Some scientists and environmentalists are asking that non-food items and agriculture waste be used as an alternative fuel for vehicles instead.

Degradation and Increase in Poverty

When the natural resources are degraded, the surrounding communities can suffer from poverty. Conservation Institute uses the 1992, the Newfoundland cod fishing industry collapse as an example of how environmental degradation creates poverty. 30,000 fishermen found themselves unable to provide for their families.

As humans dump waste products, use chemicals, and over fish in the oceans and seas, areas of beauty such as coral reefs are damaged. At times the destruction is so great that it cannot be reversed. Humans are killing the planet and the consequences are tremendous.

Risks to Marine and Coastal Resources

One example of this lies within the coast lands of Thailand. Here marine and coastal resources at risk. Vast areas of mangrove wetlands have been lost. Coral reefs continue to suffer degradation, and the total fish available for catching is declining. 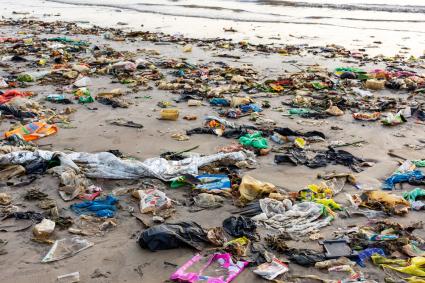 Not only was the degradation causing marine and coastal resources to be lost, but this issue held large economic problems. When there isn't enough fish to catch, fishermen are without income to support themselves and their families. The Bangkok Post reports, the shores are eroding at a rate of three to five meters per year. This results in an annual loss of more than six billion baht ($150 USD million) in economic terms.

National Institutes of Health reports shoreline developments have habitat degradation on common species of coastal fish with an average of 0.5% destruction of available habitats annually.

While humans cause a portion of environmental degradation, many aspects of erosion are cause by natural events, such as hurricanes, tornadoes, cyclones, earthquakes, wildfires, and flooding rain.

Accroding to the Bangkok Post, the natural erosion of Thailand shorelines over the past 30 years has resulted in the loss of land mass. Efforts to regain the land mass include restoration projects using bamboo-made barriers at a cost of four million baht (around $130,000 USD) per one kilometer.

In 2015, the International Union for Conservation of Nature (IUCN) and the Department of Marine and Coastal Resources (DMCR) joined forces to create a new law that designated Thailand Mangrove conservation areas, and marine and coastal resources protected areas. Critics, such as Mapping Ocean Wealth, state more efforts are needed to protect larger areas than the current designated ones.

Overconsumption of resources is another factor that should be included in environmental degradation. Water supplies can be taxed by overuse and threaten cities and communities.

Another form of environmental degradation revolves around the gluttony of consumption found in a one-use, throw away culture. Landfills have to be created or extended to accommodate the resulting waste. By choosing foods and products that come in reusable or compostable containers and practicing recycling, much of the throw away refuse can be eliminated. 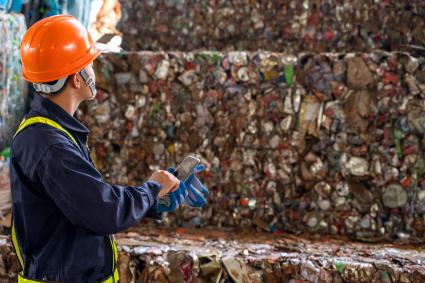 Humans waste a lot of water. This can be from taking too many baths, overly long showers or simply wasting water with inefficient washing machines, hot water heaters, dishwashers, sprinkler systems, shower heads, toilets, etc. As communities expand, the need for water increases, often creating shortages or placing a strain on natural resources that weren't present before the expansion.

How to Stop Degradation

There are ways which you can help to decrease degradation in the environment. Individual impact on local communities can be stopped when observing good stewardship. Some of these include:

The impact that humans have on the environment can be remedied when different choices are made that lessen the impact. Around the world, people are taking steps to counter and restore eco-systems degraded due to human and natural impacts.