Finding high-quality hybrid scooters is no easy task. There aren't a lot of hybrid scooters on the market, leaving consumers with comparatively few options -- waiting for prototypes to become available or seeking out ones from the global marketplace. Kevin Ash at The Telegraph indicates that companies can't afford the research and development that goes into producing sustainable new motor scooter models, and there are some inherent design limitations to work around when one is creating a hybrid motor scooter.

Many of the hybrid scooters that were in development do not seem to have fully materialized yet, including inventor Dean Kamen's hybrid electric scooter, as seen on Gas 2. Though promising hybrid motor scooters are still technically in the developmental stage, when they become available, they could help change the face of transportation everywhere. 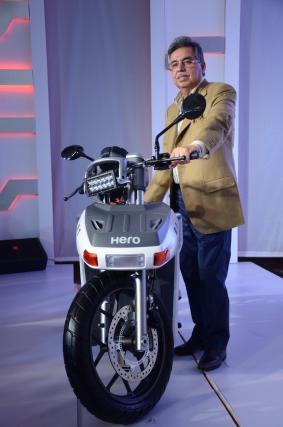 Industry Tap states that Hero MotoCorp's RNT is equipped with multiple features, including:

This scooter is attracting attention in developing countries. Industry Tap notes that diesel fuel is relatively inexpensive in India, which helps explain the interest in the RNT in that area. Gizmag indicates that the RNT is very lightweight as well at only 136 kg, which will only add to its fuel efficiency.

However, Gizmag also indicates that the scooter has a top speed of 70 km (43.5m) per hour, which may be too low for some urban riders. In some areas, people need to be able to ride faster than this just for safety reasons. However, the RNT is demonstrating what hybrid motor scooters can accomplish. It may go on to inspire other manufacturers or encourage the development of the existing hybrid motor scooter prototypes. 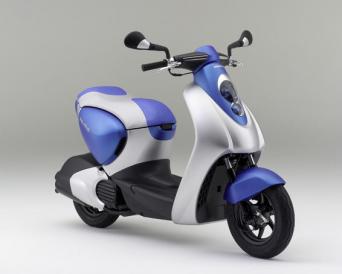 The Honda company has been working on a range of environmentally friendly scooter prototypes, including the Honda 50cc hybrid scooter. This scooter prototype is equipped with an electric motor and an internal combustion engine as indicated by Gizmag. Gizmag also indicates that despite making use of two different types of engines, this hybrid scooter shouldn't be any larger than Honda's standard 50cc scooter. Its features include:

Gizmag indicates that the fuel economy of a completed Honda 50cc hybrid could outstrip that of the Honda Dio Z4 by 1.6 times, and that model gets 100 miles to the gallon at least. This prototype has been in development for a long time, but the increased success of hybrid vehicles in general may make vehicles like this that much more cost-effective.

Customers can potentially purchase motor scooters from all over the world through websites like Alibaba, where they will be able to get in contact with numerous suppliers internationally.

Some of the suppliers that sell their products through Alibaba may also only ship to certain countries as well, which will make things more difficult for consumers.

This Electric/Gas Hybrid Scooter was produced in China and reaches a maximum speed of 45 kilometers per hour. However, the minimum order quantity for this scooter is 10 units, making it appropriate for a transaction between businesses only.

The Taizhou City Kaitong Motorcycle Manufacture Co., Ltd. distributes an EEC EPA DOV Hybrid Scooter YB125T-15H that can get up to 80 kilometers per hour as well, and the company's main markets include Western Europe and North America. However, the minimum order is for 32 items.

Individual consumers may have to wait for the opportunity to own hybrid motor scooters like these.

The Future of Hybrid Motor Scooters