One of the most important ways in which soil directly impacts water pollution is by soil erosion according to Iowa State University (pg. 1). When soil is eroded by water, it transfers sediment from the land to the eroding body of water. Along with this sediment come a number of nutrients and chemicals that exist within the soil, which are then transferred to the water.

The U.S. Environment Protection Agency (EPA) explains that fertilizers in farms and gardens, and other backyard waste transported through erosion, is a main cause of nutrient pollution, where chemicals like phosphorus and nitrogen end up in water. When phosphorus levels in water become too great, they lead to algae blooms that cause massive fish deaths and make waterways unsafe for human use. Worldwide Wildlife Fund points out that even pesticides can pollute water through soil erosion. 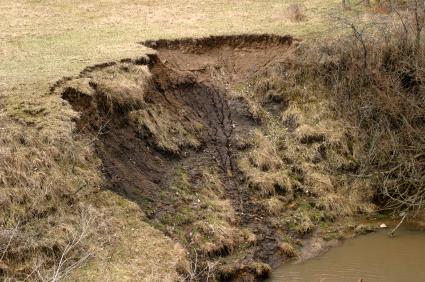 Soil conservation needs action both at small and large scales.

The average person would likely be shocked to learn just how many toxic chemicals they use around their home on a daily basis, which Cleveland Clinic says causes many health problems. Chemicals such as ammonia, bleach, paint and many other cleaning products belong to a series of compounds known as "Volatile Organic Compounds" (VOCs), according to the Minnesota Department of Health. These chemicals are bad enough around the house, but they can also wreak havoc on waterways when they are not disposed of properly.

Toxic chemicals should not be tossed into general garbage.

Proper disposal can control further pollution of water and soil. 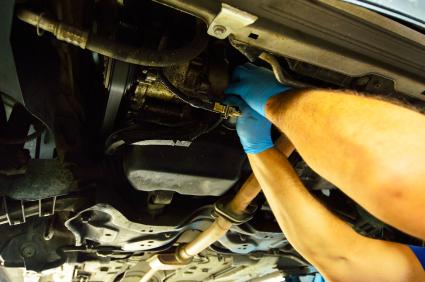 Oil is used to lubricate engines in all types of machines. The Massachusetts Executive Office of Energy and Environmental Affairs explains that oil and petroleum do not dissolve in water and can be harmful to the environment and people. They note that "Americans spill 180 million gallons of used oil each year into the nation's waters."

When a leaky engine releases this oil into the street, it runs to the sewer and from there into waterways. Even a small drip of oil can turn into a disaster considering the fact that there are more than 260 million vehicles on the road in the United States alone.

Leaky pipes, oil changes and improper oil disposal need to be addressed. The Massachusetts Executive Office of Energy and Environmental Affairs, along with other groups, advises people to do the following.

Many estimates place the consumption of plastic by humans between 250 to 300 million tons a year. About 80% of the plastic in the oceans come from the land. The ubiquitous nature of plastic in modern society is due to their versatility and affordability which make them obvious choices for many. The adage Reduce-Reuse-Recycle is still relevant to deal with the problem of plastic waste.

Use of alternatives to plastics or "less disposable" plastics whenever possible can have a surprising impact on ocean pollution.

There are six different types of plastics, some more readily recyclable than others. Earth 911 recommends people:

Clean Up Beaches and Waterways 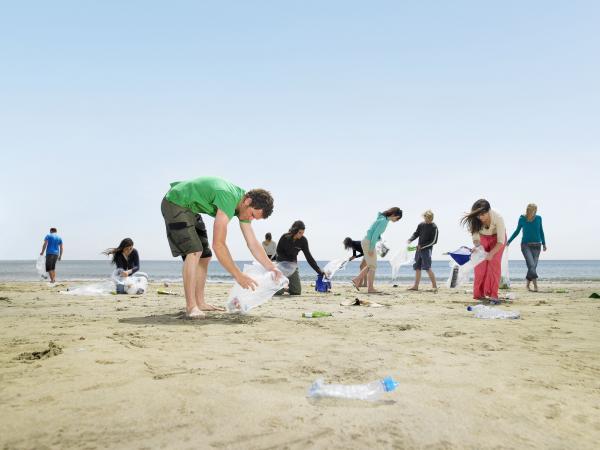 Waterways that see a lot of human recreation show lots of evidence of human use. Wrappers, bottles and other trash are a common sight at many busy beaches and rivers around the world, and they end in waterways causing pollution. Plastics are an especially big issue when it comes to water contamination at beaches and waterways according to National Geographic.

Some ways to reduce litter according to North Carolina Department of Public Safety are based on individual action. 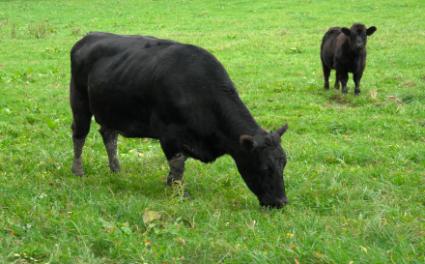 Large commercial factory farms have a negative impact on water quality. In industrial farms, there is extensive use of chemical fertilizers and pesticides that end up in water sources, according to the Union of Concerned Scientists. In "factory-style" livestock operations, livestock is kept close together in very cramped conditions. As the animals produce waste in high concentration, they produce a number of toxins that can overwhelm water purification systems and leach into local waterways or aquifers, notes the Alabama Cooperative Extension System (pgs. 1-3). The antibiotics and hormones fed to these animals also comes out in the animal waste, which then contaminates the water further.

Individuals can reduce water pollution by adopting an organic lifestyle. 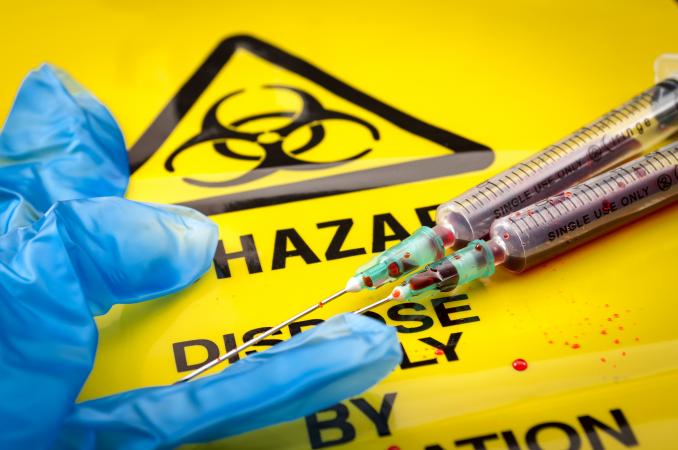 One major problem facing waterways throughout the world is the improper disposal of prescription drugs. The World Health Organisation (WHO) reports only 15% of medical waste is hazardous. The remaining is infectious, toxic or radioactive, and drugs are part of the problems that can be terrible for the environment and people. 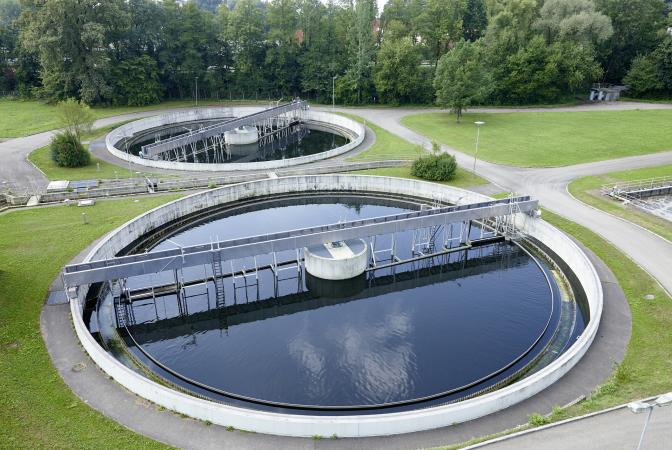 Waste-water and storm water also cause nutrient pollution. Waste water contains phosphorus and nitrogen from human waste, detergents and food. Most of the sewage is treated in community systems, but some homes treat their waste-water onsite in septic tanks, notes EPA (Waste Water Management).

The EPA mentions tips individuals can use to prevent water pollution at home. Tips for keeping household waste from contaminating the environment include the following.

Get Active and Get Involved

Is there a local company that releases heat, coolants or chemicals into a nearby waterway? Has soil erosion been spotted? Or an oil leak or spill? There are always ways for people to get involved and do something about it.

While water pollution solutions may seem like too little, too late when viewed in the light of major oil spills and floating plastic bag islands, they are necessary to prevent these problems from growing worse. Slowing down the rate of pollution can give the environment and scientists time to find long-term solutions to the very real problems of water pollution. Individuals acting to prevent pollution help to protect water for both themselves and everything else that relies upon this precious resource.