Recycling is crucial and even the smallest step can have significant benefits for the environment. A better understanding of the advanatges of recycling can ensure that it becomes a natural and important part of your life.

The environmental problem of landfills is a difficult issue to fix. As more waste ends in landfills, the bigger the problem gets. Products that are not biodegradable or are slow to decompose, like plastic, can remain in landfill sites for centuries, often emitting gases that could be harmful to the environment.

The EPA fact sheet (pg. 7, fig. 8), shows the landfill is composed of the following waste, which could easily be recycled:

With increased recycling efforts, the waste destined for landfills can be further reduced, thereby minimizing problems and helping the environment. 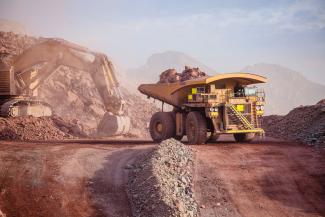 Manufacturing of products requires virgin sources of both renewable wood, and non-renewable fossil fuels or metal ore. The National Institutes of Health Environmental Management System reports that "94% of the natural resources used by Americans are non-renewable." The amount of these resources such as fossil fuels and mineral ores that can be mined are limited. At their current rate of extraction and use, the world will eventually run out of these precious natural resources. So it is vital to save them for future generations. When products manufactured from the natural resources like metals or plastic are discarded in landfills, they are lost to humanity forever.

Recycling ensures sustainable use of limited resources. For instance, LessIsMore.org lists the following savings in natural resources through recycling one ton of a material:

The University of Southern Indiana provides an idea of the resources discarded every year in U.S. which can be easily recovered by recycling.

Saves Forests and Other Habitats 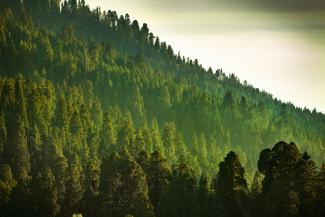 Forests are cut to produce pulp for making paper. Paper pulp accounts for 40% of use of the world's timber according to World Wide Fund For Nature. In the tropics, deforestation for paper destroys more forests than mining or palm oil cultivation points out the Union of Concerned Scientists. Besides reducing tree numbers and species, the associated fauna also get affected as their habitats are destroyed.

Many precious metals like gold, copper, diamonds and metal ores are found in rainforest regions reports Mongabay. Besides loss of forests, the forests are degraded due to construction of roads through forests, and formation of temporary settlements. Moreover, settlers reduce animal populations by illegal hunting.

In 2007, a NBC News report showed that recycling efforts in China resulted in significantly arresting deforestation worldwide, including the US and Europe. China imported wastepaper, which along with fiber from its own wastepaper and clothes, accounted for 60% of its pulp sources. Saving trees also happens in the U.S. when paper is recycled. "If every American recycled just one-tenth of their newspapers, we would save about 25,000,000 trees a year," notes the University of Southern Indiana.

Large amounts of energy are required to mine raw materials, process them and transport them around the world. So much of this energy can be saved if manufactured products like plastics, metals, or paper are properly segregated and recycled, the American Goescience Institute (AGI) explains.

The amount of energy saved depends on the material they clarify. So recycling metals saves the most energy. For instance, AGI states:

In 2014, the 34.6% of MSW which was recycled saved enough energy "to provide electricity to 30 million homes," according to AGI. The EPA iwarm widget can be used by individuals to learn how much energy they can save by recycling different domestic waste. 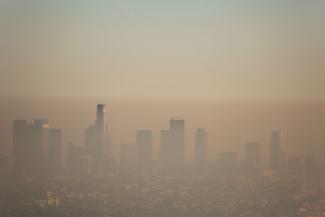 There is environmental damage due to mining raw materials or logging for wood. This is followed by the manufacturing process. Many specific contaminants like radionuclides, dust, metals, brine etc. leach out and pollute the surrounding land and water during mining, according to the Massachusetts Institute of Technology. These sources of air, land and water pollution can be avoided by recycling.

Due to decomposition and properties of different wastes, there are gases and discharge produced when trash is left uncollected as litter or even in landfills. These can escape into the environment and pollute air, surrounding soil, or water sources leading to health problems for people, and damage to vegetation according to a scientific review from 1997 in the Journal of Environmental Management, and these problems are still an issue today.

Pollutants run into rivers and seep into ground water. Floods are caused by garbage clogging drains, and the atmosphere can be poisoned by the toxic discharge from trash according to a 2016 Los Angeles Times report.

The Times report states that incineration of waste is not a recycling solution. It pollutes air and water. Besides the environment, human health and safety is also affected, imposing a financial burden on people and society, as incineration increases risk of acute respiratory infection or diarrhea by six times. As per the EPA fact sheet, 12% of the MWS was incinerated in 2014 in the U.S.

Recycling helps to mitigate climate change. The EPA explains that 42% of the U.S.'s greenhouse gas (GHG) emissions arise due to production, processing, transport, and disposal of goods including food. These processes are powered by use of fossil fuels, one of the major sources of emissions in the U.S. In 2014, the MSW that was recycled or composted reduced GHG emissions by 181 million metric tons, outlines the EPA fact sheet.

Reduction in any phase of a product's life is how recycling helps the environment, including the fight against global warming.

The high costs involved in recycling make some people skeptical about associated benefits. However as the Scientific American explains, this has more to do with problems associated with inefficient segregation, than with recycling itself. This problem has arisen due to the introduction of larger collection bins where users dump different wastes together, leading to extra costs in sorting or even contamination of garbage.

Around 1.3 billion tons of waste are produced worldwide each year points out the Los Angeles Times report. Recycling is just one of many ways to help the environment by reducing the burden of waste on it. Every step counts and is one more towards helping and supporting the environment. Everyone's involvement is necessary, from kids to adults, to help produce a better environment for many generations to come.

29
Comments
© 2006-2021 LoveToKnow, Corp., except where otherwise noted. All Rights Reserved.
What Impact Does Recycling Have on the Environment?