Renewable resources can be seen daily around the world. Putting an emphasis on renewable and sustainable resources, for energy as well as other material goods, can make a big environmental impact by creating a smaller environmental footprint.

What Makes a Resource Renewable?

A renewable resource is defined as a natural resource that renews itself at a rate that is faster, or equal to the rate of consumption, according to Oregon State University. Renewable resources differ from resources that once depleted never return, such as fossil fuels. The use and cultivation of renewable resources helps to minimize the impact humanity has on the Earth while supporting a growing population, notes Investopedia.

According to the National Renewable Energy Laboratory (NREL), there are some benefits to the environment and society in using renewable energy. The U.S. Energy Information Administration FAQ (EIA) reports renewables produced 15% of the energy in U.S during 2016.

NREL's Controllable Grid Interface document details the process of converting wind energy into electricity. According to U.S. Department of Energy (EERE), new technology may propel an increased use of wind turbines on land and in the ocean. In 2016, 5.6% of the energy produced in U.S. originated from wind power. The two main types of wind power generation explained by the EIA include:

According to the EIA FAQ, 6.5% of the energy generated in the U.S is powered by harnessing the energy of water. The U.S. Department of Energy (DOE) explains that this dynamic source of energy can be produced in multiple ways:

In 2016, the U.S. produced 0.9% of its energy from solar. Bloomberg points out that year also saw a 95% increase in solar power generation in the U.S. The DOE explains "There are two main types of solar energy technologies-photovoltaic (PV) and concentrating solar power (CSP)."

Passive solar systems reduce the amount of energy traditionally needed to power a location, such as a building or house.

In 2016, biomass produced 1.5% of the U.S. Renewable Energy World explains how biomass can be used for bio-energy and to produce biofuels .

Energy from biomass in the U.S. comes "43% from wood and wood-derived biomass, 46% from biofuels (mainly ethanol), and about 11% from municipal waste," according to the EIA's Biomass Explained page. 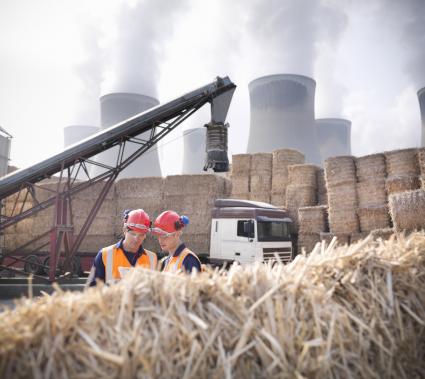 The sun, which is expected to exist for another six billion years, compared to human lifespan seems to last forever. This makes solar energy a reliable source.

The Earth is the only planet known that has an atmosphere made of air that makes life possible observes Space.com. The important and major components are nitrogen, oxygen, carbon dioxide and hydrogen. However, air pollution is developing into a threat.

As the National Oceanic and Atmospheric Administration (NOAA) puts it, "Tides are one of the most reliable phenomena in the world." They are caused by gravity that the sun and moon exert on the oceans, and inertia that keeps the water moving. Continental shorelines are major factor influencing direction and tide strength. Tidal energy is a major alternative source.

This energy uses the near constant heat available at deeper levels in the soil for heating and cooling buildings be it homes, institutions or greenhouses. Geothermal energy is available everywhere on land.

Renewable resources are those that naturally replenish themselves at a sustainable rate, when not polluted or degraded by human activities, in which case they have long renewable times.

Ground water and open water sources like rivers and streams are dependent on a functional and vegetated watershed to recharge, and are necessary for drinking, growing crops and many manufacture processes. Moreover as National Geographic reports, deforestation is decreasing rainfall and the water cycle is being disrupted. These sources are also being contaminated by pollution which can impact environmental and human health. It is necessary to conserve water and use it efficiently to prevent its shortage. 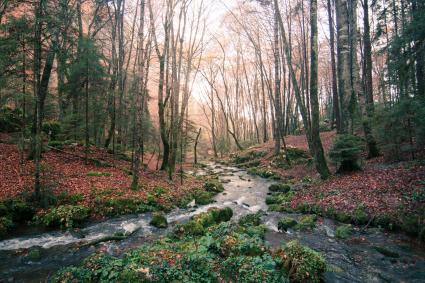 Hydroelectricity is usually produced with dams, and rivers can go dry due to deforestation reducing hydropower, unless forests in the catchment area are protected. 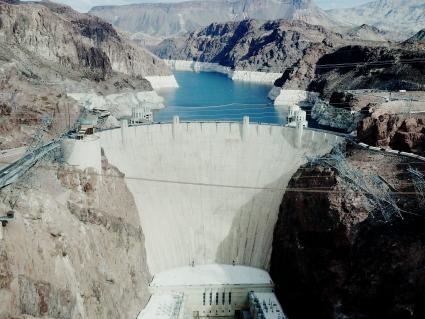 Soil provides the substrata to live and grow crops. It can be degraded, polluted and lose fertility and productivity, making soil conservation important.

Renewable commodities are those items that are depleted, but careful harvesting, planting and recycling can make commodities renewable that might otherwise be lost.

Trees require more years to grow and mature than annual and biennial crops, which means the latter's renewability is higher. Given good weather and water supply it is possible to harvest three or more crops in a year, according to Food Agriculture Organization.

There are many renewable sources which were used before the advent of unrenewable chemical fertilizers in farming. Organic farming and gardens rely on them. They include manure and compost from farm and animal waste, fish- and blood-meal from factory wastes, bird and bat guano, marine kelp.

This popular alternative source of energy includes waste biomass, bioenergy crops like wheat switch grass, poplar, and miscanthus, and from methane production from landfills or animal waste. Biogas and bioethanol can also be derived from biomass and energy crops.

The Shift Toward Sustainable and Renewable Goods

Renewable resources are crucial to the continued survival of life on Earth. While renewable commodities have been cultivated for centuries, use of resources like power from oceans, and solar power is new. Increased use of these resources can improve the quality of life on Earth.