Landfills have led to some of the most heated, acrimonious battles over pollution in the public commons that have ever been seen. While there are a number of reasons for the vehement arguments that surround landfills, one of the largest is the juxtaposition of both the understood need for landfills and the lack of will to live near one. Landfills will only become more of a public issue as time goes on.

According to the 2014 Factsheet published by Environmental Protection Agency (EPA), the average person produces 4.4 pounds of waste, of which 2.3 pounds ends in landfills every single day (pg. 12 and 13). The situation is improving both at the individual and community level. Waste production has been the lowest since 1990s, and the proportion which ends in landfills is down to 53% or 136 million tons in 2014, from 89% in 1980s. These positive figures reflect the growing trend to recycle material, up from 10% in 1980s to 34% in 2014 (pg. 4).

The environmental problems caused by landfills are numerous. There are no arguments over the assertion that there are many things that contribute to the environmental problem of landfills. The negative effects are most commonly placed into two distinct categories: atmospheric effects and hydrological effects. While these effects are both of equal importance, the specific factors that drive them are important to understand on an individual basis. 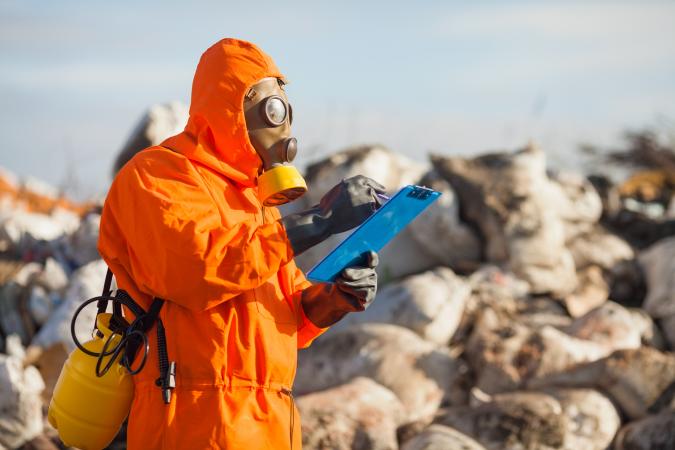 New York State's Department of Health reports methane and carbon dioxide are the major gases produced and make up to 90 to 98% of landfill gas. Nitrogen, oxygen, ammonia, sulfides, hydrogen and various other gases are also produced in small volumes. Gases can be a problem for upwards of 50 years.

As the Environmental Defense Fund mentions, methane is "84 times more potent than carbon dioxide in the short term." Not only does methane get produced by the various forms of rotting organic matter found in landfills, but household cleaning chemicals often make their way here as well. These are the following impact of the gases:

Landfills also create a toxic soup of industrial and home-cleaning chemicals. People throw away everything from industrial solvents to household cleaners in landfills, and these chemicals accumulate and mix over time and cause water pollution. 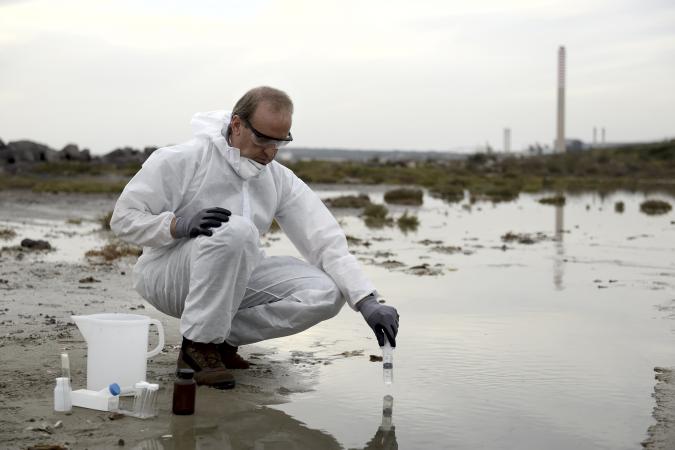 An EPA document notes that since groundwater and surface water are connected, pollutants can move back and forth between the two water sources.

Emissions and water contamination are not the only types of problems associated with landfills. A closer look can show why so many much needed changes are so difficult to come by.

Sometimes, landfills are covered with earth, seeded with grass, and transformed into recreational areas. The management of gases coming out of these sites is a constant issue and creates an ongoing cost despite the new facade of the landfill. Decomposition occurs slowly in the absence of oxygen explains Live Science. Some products that are natural, such as wasted fruits and vegetables, will decompose within weeks while Cleveland University reports that items like Styrofoam can take over a million years to decompose.

The Natural Resources Defense Council (NRDC) reports birds like storks and mammals like grizzly bear are getting attracted to uncovered landfills because of the quantities of waste food usually found in them. These animals are changing long established behavior, with storks giving up migration to stay and feed on landfills. EnvironmentalChemistry.com reports human food is not always suitable for animals and they could suffer from food poisoning through eating bad or spoiled food. 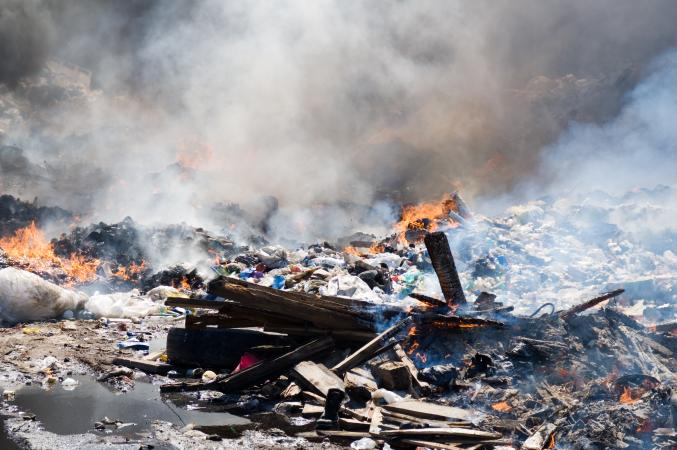 Landfill gases, and the sheer amount of landfill waste, can easily ignite a fire. Fires can be difficult to put out and contribute to the pollution of the air and water. They can also potentially destroy habitats nearby if not controlled soon enough. The most flammable gas that is most commonly produced by landfills is methane, which is highly combustible. Firefighters will often use a fire-retardant foam to fight fires in landfills due to the presence of chemicals that would not be subdued by water, further adding to the chemical load of these landfills.

The University of Iowa points out that there are more than 8,000 landfill fires each year in the U.S. Smoke from these fires can cause respiratory diseases if they are contaminated by chemicals, and water in fire suppression efforts can spread leachate pollution of soil and water sources according to Waste360 and a report prepared for the Federal Emergency Management Agency and other U.S. agencies.

In light of the deleterious effects of landfills, it is necessary to reduce their numbers and the amount of waste in landfills. This needs individual action, government policies, and private enterprises. 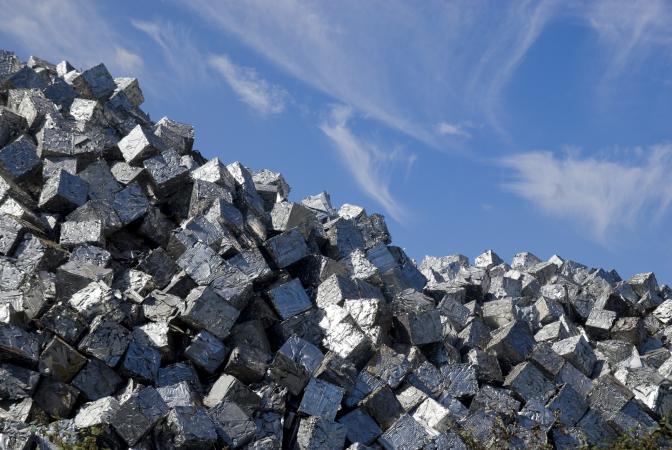 The waste that is recycled by each person has nearly doubled, and the amount composted is four times more than in the 1990s, according to the EPA's 2014 Factsheet (Table 4, pg. 13). Most of the waste in landfills can be easily recycled at the household level, for example 21% of it is food (pg. 7). Increasing recycling and composting further to reduce the amounts that end in landfills requires individual action as well as adequate and efficient collection and processing of segregated waste by the government, and industry according to The Economist. Moreover, as the University of Southern Indiana points out, recycling is cheaper than landfilling or incineration.

Mining Is a Creative Solution

A number of landfills have been in use since long before the popularity of recycling. These landfills contain a wealth of mineral resources which are simply sitting there rotting away, and this has created a unique opportunity for "green" American mining. With precious metals and other minerals in electronic waste, more and more companies are looking at landfills as gold mines. This extra activity comes with larger atmospheric pollution via dust; however this is generally offset by the amount of pollution not generated by mining new materials and shipping them around the world, and can be profitable even without government support according to a scientific evaluation in 2015.

A 2016 Massachusetts Institute of Technology report considers the economical and environmental benefits far outweigh the costs and challenges of extracting buried metals, and electronic products, and can go a long way in reducing landfills and their associated problems.

Since landfill gas (LFG) is made 50% of combustible methane, this erstwhile problem is being seen as an opportunity and used as an energy source. The Landfill Methane Outreach Program of EPA, notes LFG is the "third-largest source of human-related methane emissions in the United States, accounting for approximately 18.2 percent of these emissions in 2014." Instead of become a pollutant and a risk, LFG is extracted through wells in landfills and used for electricity generation, direct use, cogeneration in combined heat and power projects (CHP), or used as alternate fuels, mostly in industrial units

While it is not possible to eliminate the garbage coming out of a household, there are definitely steps that anyone can take to at least mitigate the amount of trash they produce. Simple ways to protect the environment can be integrated into daily life to lessen personal impact. Not all positive environmental steps need to be huge ones. Many small steps can often amount to a large move forward, and there are certainly a few things that everyone can change to become less wasteful.