Water pollution has been documented as a contributor to a wide range of health problems and disorders in humans. It has also been shown to have drastically negative impacts on wild animals and the environment as a whole. There are quite a few different effects of the types of water pollution that are of significant importance to humans.

Water pollution can pose health dangers to humans who come into contact with it, either directly or indirectly.

The risks of your health being negatively impacted by polluted drinking water in a developed country is small in comparison with developing countries. However, it is possible to become ill from contaminated water.

When you are out hiking, you can acquire giardiasis that can lead to the presentation of acute symptoms like vomiting and intense nausea. This infection is caused by drinking water that has been fouled by animal wastes in untreated waterways. In anthropogenic environments like cities and towns, the potential toxins are far more numerous.

The effects of agricultural runoff and land pollution have on waterways, rivers, streams, and ultimately the ocean introduces toxic chemcials and livestock waste into water supplies and the ocean. Hurricane damage and flooding of farms and farmlands have resulted in an ever-increasing amount of toxic pollutants in water to the detriment of human, marine and aquatic life.

Health risks from pollution vary from area to area. One of the most pervasive non-localized water pollution issues facing the world today is the level of mercury in the oceans. Inorganic mercury is a common byproduct of a number of industrial processes.

The level of mercury in fish is mostly dangerous for small children and women who might become pregnant, are pregnant or are nursing. Mercury has been found to interfere with the development of the central nervous system in fetuses and young children, which could potentially lead to a large amount of long-term side effects.

In Louisiana, water quality can be so bad in many waterways that fish advisories are often posted. People are warned against eating fish from these contaminated waterways. 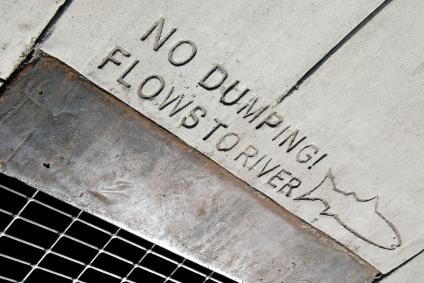 This is largely due to industrial runoff from localized sources and the accumulative effects of runoff and dumping from states that lie along the Mississippi river. When the river empties into Louisiana, it brings those accumulated toxins with it. This is believed to lead to higher rates of cancer in areas surrounding the Mississippi delta in an area that is colloquially referred to as "cancer alley."

Phosphorous runoff from industry can get into waterways and create toxic algal blooms. These blooms have been linked to higher occurrences of paralytic shellfish poisoning in humans, which can lead to death.

Action to Clean Up Mississippi River

According to the National Park Service (NPS), the Minnesota Pollution Control Agency (MPCA) has taken on the project to clean up the Mississippi River. The ambitious goal is to restore the river, so it is once more "fishable" and "swimmable". The MPCA has teamed up with numerous partners to work on cleaning up the Mississippi River and warns it will take several years to undo decades of damage.

Water pollution also causes negative effects within the environment to animals and their habitats.

The entrance of pollutants into waterways can have a wide range of impacts. It is possible for the pollutants to raise the temperature of the water enough to force fish out in search of cooler waters. This can itself create an ecological deadzone.

Water pollution can also significantly increase the rate of algal blooms. These blooms create massive fish die-offs as the oxygen in the water gets depleted and the fish suffocate. Fish can also be killed when excessive algae get caught in their gills. 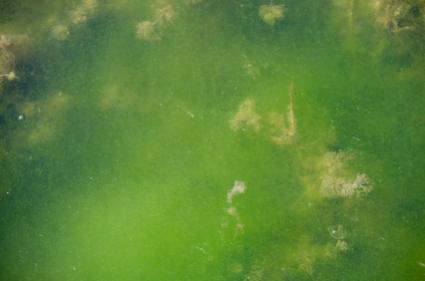 Oil spills are a common occurrence throughout the world; however major spills like the Exxon Valdez and the BP Deepwater Horizon disaster have shown what water pollution can do on a very large scale.

It was found that dolphins have been dying in record numbers near the site of the BP Deepwater Horizon disaster. It has also been found that the oil from the BP disaster has gotten into wetlands, which are considered the nursery for nearly every creature that lives in the area.

The effects of water pollution are not always immediate. They aren't always seen at the point of contamination. They are sometimes never known by the person responsible for the pollution. However, water pollution has a huge impact on the lives of all people. With knowledge, consideration and preparation, water pollution can be decreased. It doesn't take much effort -- just a little thought.