The design of a wind turbine varies depending on the site where it will be located, the budget allotted to its construction, the materials available, and many other factors. The ideal design allows the wind turbine to capture the most energy possible from the wind.

According to a downloadable report from the University of Illinois at Ubana-Champlaign, there are three primary types of wind turbines in use today, and they each have a different design and different advantages and disadvantages. However, all three types have a few things in common:

Most of the wind turbines you see in wind farms and individual settings are horizontal axis wind turbines (HAWT). These turbines resemble giant fans and usually have three blades. The blades turn a rotor shaft, which is attached to an electrical generator. The generator converts the wind energy into electricity.

HAWTs have some unique design features: 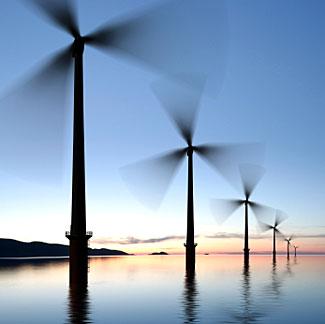 In a Darrieus wind turbine, two or more steel blades curve up from the bottom and meet again at the top of the center shaft. These are named for Georges Darrieus, a French inventor. They resemble part of a helix or an egg beater. According to Scientific American, this design is less efficient than a HAWT. 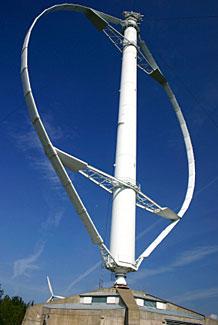 The Darrieus VAWT has the following design features:

The Savonius VAWT has the following design features: 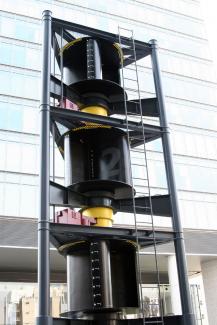 Factors to Consider in the Design of a Wind Turbine

If you're considering a wind turbine for a site, it's important to consider a few factors in choosing the best design:

Now that you've got a general idea about the different designs of wind turbines, you can peruse patterns and design diagrams for building your own. Even if you prefer to purchase a turbine from a company, these patterns can offer additional insight into how these wind machines are constructed:

Whether you're considering building your own wind turbine or simply want to know more about the workings of these amazing machines, learning about the different types and designs can be very interesting. Wind turbine companies are constantly producing new technology, so there's always more to research about this fascinating topic.