The primary cause of environmental degradation is human disturbance. The degree of the environmental impact varies with the cause, the habitat, and the plants and animals that inhabit it.

Habitat fragmentation carries long term environmental impacts, some of which can destroy entire ecosystems. An ecosystem is a distinct unit and includes all the living and non-living elements that reside within it. Plants and animals are obvious members, but it will also include other components on which they rely on such as streams, lakes, and soils.

Habitats become fragmented when development breaks up solid stretches of land. Examples include roads which may cut through forests or even trails which wind through prairies. While it may not sound all bad on the surface, there are serious consequences. The largest of these consequences are initially felt by specific plant and animal communities, most of which are specialized for their bioregion or require large areas of land to retain a healthy genetic heritage.

Some wildlife species require large stretches of land in order to meet all of their needs for food, habitat, and other resources. These animals are called area sensitive species. When the environment is fragmented, the large patches of habitat no longer exist. It becomes more difficult for the wildlife to get the resources they to survive, possibly becoming threatened or endangered. The environment suffers without the animals that play their role in the food web.

A more critical result of habitat fragmentation is land disturbance. Many weedy plant species, such as garlic mustard and purple loosestrife, are both opportunistic and invasive. A breach in the habitat gives them an opportunity to take hold. These aggressive plants can take over an environment, displacing the native flora. The result is a habitat with a single dominant plant which doesn't provide adequate food resources for all the wildlife. Entire ecosystems can be altered, according to the U.S. Forest Service.

Some weeds are so invasive and aggressive that they are declared noxious by the federal or state governments to prevent them from destroying unspoiled areas. The cultivation or even the sale of noxious weeds is prohibited by law.

Humans and their activities are a major source of environmental degradation. This includes water and air pollution, acid rain, agricultural runoff, and urban development.

Water and air pollution are unfortunately the common causes of environmental degradation. Pollution introduces contaminants into the environment that can maim or even kill plant and animal species. The two often go hand in hand.

Acid rain occurs when sulfur dioxide emissions are created from burning coal to generate electricity combines with moisture present in the air. A chemical reaction creates this acid precipitation. Acid rain can acidify and pollute lakes and streams. It causes similar effects to the soil. According to the U.S. Environmental Protection Agency (EPA), if enough acid rain falls in a given environment, it can acidify the water or soil to a point where no life can be sustained. Plants die off. The animals that depend upon them disappear. The condition of the environment deteriorates. The introduction of clean coal technologies, such as wet scrubbers, low-NOx (nitrogen oxide) burners, flue gas desulfurization systems and gasification (syngas) have reduced harmful emissions.

Agricultural runoff is a deadly source of pollutants which can degrade environments, so much so that the EPA identifies agriculture as the primary source of water pollution.

Surface water washes over the soil and into lakes and streams. When it does so, it carries the fertilizers and pesticides used on the farm lands into water resources. Introducing poisons into waterways will have dire consequences. Fertilizers, whether or not they are organic, carry equal risks. 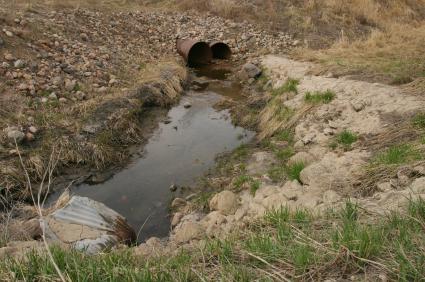 Fertilizers containing large amounts of phosphorus can cause explosions of algae in lakes. As the algae die, bacteria start to breakdown the organic material. It soon develops into a situation where bacteria are using up the available dissolved oxygen in the water. Plants, fish, and other organisms begin to die off. The water becomes acidic. Like acid rain, lakes become dead zones with conditions so toxic that neither plants nor animals can live in these environments.

According to many noted ecologists, including those at the Massachusetts Institute of Technology (MIT), urban development is one of the primary causes of environmental degradation. As populations increased, so did the need for land for homes and farms. Wetlands were drained. Prairies were plowed over. The U.S. Fish & Wildlife Service states that 70% of the nation's pocosin wetlands remains. According to the National Park Service, only 1% of the native prairie remains.

Soil and land pollution are the direct result of contamination. The natural balance of plant life and wildlife is disrupted and often destroyed. Some of the causes of soil and land pollution include, landfills, sstrip mining, sewage spills/seepage, non-sustainable farming practices, and litter of all kinds. Hazardous waste spills, such as accidental oil leaks can devastate land that requires long-term cleanup and restoration. Other causes include uranium mining and improper disposal of nuclear waste. 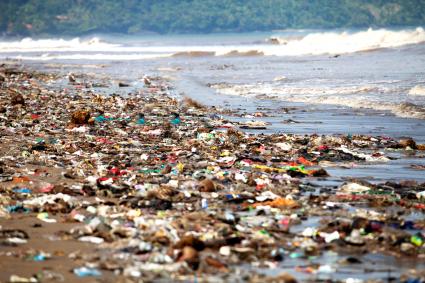 Deforestation occurs when more forest is removed (harvested or cleared) than what is replaced. This causes soil erosion, loss of plants and trees, disturbs natural wildlife and other plant life. This also impact water quality with a greater risk of soil runoff.

While environmental degradation is most commonly associated with the activities of humans, the fact is that environments are also constantly changing over time. With or without the impact of human activities, some ecosystems degrade over time to the point where they cannot support the life that is "meant" to live there.

Things like landslides, earthquakes, tsunamis, hurricanes, and wildfires can completely decimate local plant and animal communities to the point where they can no longer function. This can either come about through physical destruction via natural disaster, or by the long-term degradation of resources by the introduction of an invasive alien species to a new habitat. The latter often occurs after hurricanes, when lizards and insects are washed across small stretches of water to foreign environments. Sometimes, the environment cannot keep up with the new species, and degradation can occur. 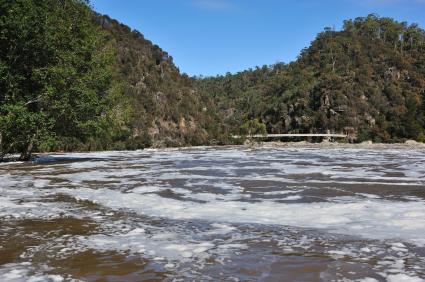 There are a number of reasons that ecosystems degrade over time. While it may not always be the fault of humans, humans still need to recognize the extent to which they rely on the resources that the natural world provides. In this sense, environmental responsibility and stewardship are very much a matter of self-preservation, and are an integral part of healthy resource management practices.