All the elements on earth, including carbon move in cycles, as part of a closed system. There is no loss or input of carbon from space. The carbon cycle diagram shows various steps in the recycling of carbon in the 21st century.

The global carbon diagram by the University of New Hamsphire depicts pools and fluxes that make up the carbon cycle. Carbon pools store large quantities of carbon for long periods of time and are in blue. Fluxes are the processes which move carbon from one pool to the next and are in red. Fluxes have two parts: one that removes carbon from the air and one that releases the fixed carbon back as CO2 into the atmosphere. 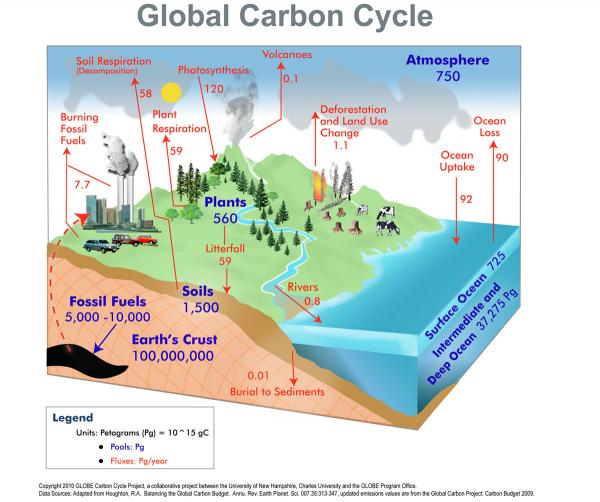 The amounts of carbon the pools store is mentioned in Petagram of carbon (PgC). One Pg is equal to one billion tons and is also called Gigatons (Gt).

The amounts of carbon that are moved every year are shown as PgC per year in the diagram. CO2 is removed from the air and is fixed by quick daily processes. Formation of organic matter and carbon sinks are slower and require time.

The amounts of CO2 being used and the length of time they remain stored as fixed carbon varies with different organisms and processes.

Carbon sinks are an important flux or process that eventually result in carbon pools. On a short term they produce terrestrial carbon pools, and on the long term fossil fuels and rocks.

In the natural carbon cycle, carbon is released back into the atmosphere mainly through respiration and decomposition. 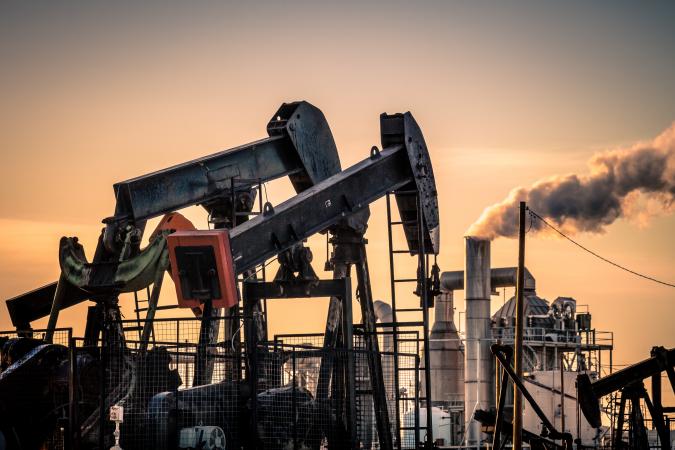 In addition to natural fluxes, there are many human activities that release fixed carbon back into the atmosphere as CO2.

There are many types of carbon cycle diagrams and they provide different information about this vital cycle.

There is a 30% increase in CO2 in the atmosphere, due to human activities in the last 150 years. Since CO2 in air causes warming, adding more CO2 to the atmosphere also increases its warming effect. This has resulted in global warming and climate change. Understanding the carbon cycle, and how and where human activities change it, can help in finding efficient ways and methods to tackle the problem of climate change.