Plastic, and in particular single-use plastic shopping bags, are a major environmental concern. Most of the plastic that has been produced still persists, and yes, it is a problem that will outlive people for many centuries.

History of Plastic Bag Use

Plastic bags are a relatively new item in grocery stores. They were not produced until the early 1960s and were not in common use in grocery stores until 1982 reports National Geographic. The versatility of plastic in combination with its low cost has resulted in its prolific use and over-consumption. Bags that are discarded after just one use have become a major environment concern.

The Guardian reported a scientific study in 2016 which has estimated the enormity of plastic pollution. The study found that no corner of the world is free of plastic waste anymore, and the environment can no longer be considered healthy. Even Arctic regions are polluted by plastic as are oceans and the ocean bed. Plastic's effect on the environment is so severe, the scientists consider plastics "should now be considered as a marker for a new epoch" in the geological life of the earth. They found that single-use plastic bags and cups are the main pollutants. The current age could well be dubbed the "Age of Plastics" due to the negative effect of plastic, and the fact that their degradation rates is slow, ensuring that they will remain intact for a very long time in landfills and ocean bottoms.

Plastic bag manufacture, use, and waste all play a role in the environmental problems created.

The making and manufacturing of plastic bags causes problems from the start.

Unsustainable Use of Resources 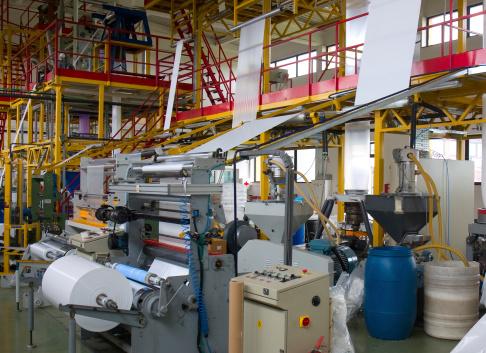 Plastic bags are generally made from derivatives of fossil fuels like natural gas and petroleum products. A 2015 Worldwatch Institute report notes that 4% of the petroleum resources of the world are used as raw materials and another 4% as energy to produce it.

Nearly 12 million barrels of oil are needed each year to manufacture the annual supply of plastic bags in the U.S. writes Rensselaer County. Since very few plastic bags are recycled, it is necessary to produce new plastic all the time. This is a huge drain on a non-renewable resource that needs millions of years to form. At this rate of use, the stocks of petroleum available will soon run out, impacting many industries and aspects of lives that depend on petroleum.

Extraction of the raw materials, its transport and the actual manufacturing process are all major sources of air, water, and land pollution.Fossil fuels are found deep in the earth, and their extraction is a major operation. These different processes have various impacts

Production of plastics uses more toxic chemicals like benzene and vinyl chloride which are released during the manufacture process polluting the air. Burning of fossil fuels leads to greenhouses emissions that in turn leads to climate change.

Post-use plastic bags are not always accepted at curbside plastic recycle bins. The Environmental Protection Agency (EPA) puts this reluctance down to the fact that they could clog and disrupt machines. So finding places to dispose plastic bags easily is a problem for many households.

These types need different process to recycle and reclaim the material. Therefore, all bags have not been welcome at recycling centres and this situation has just begun to improve. HDEP plastics or the thicker bags are readily accepted for recycling. The collection of LDEP collection is just catching on in bigger cities in recent times elaborates Columbia University. Both the plastic types need many hundreds of years to decompose. 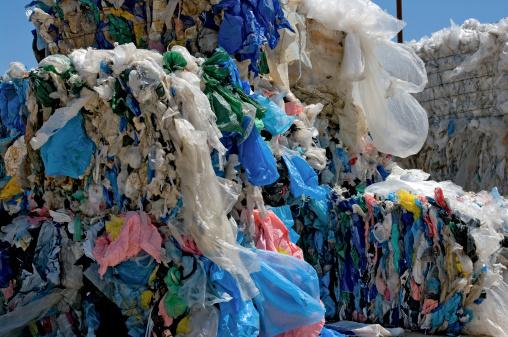 The different laws and facilities available for collection and recycling of plastic bags and films across the U.S. means the rate of recycling differs. Rensselaer County notes that some areas report only 1% returns of used bags.

The amounts of plastic being recycled is increasing gradually in the U.S. Overall, the U.S. achieved less than a 5% recycling rate of plastic bags in 2005 points out National Resource Defense Council. In 2014, 12.3% of plastic bags, wraps and sacks were recycled of the total 4050 thousand tons of the products manufactured according to the EPA (pg. 13). All the material recycled, however, cannot be considered to be material saved.

This is followed by the recovery process. Of the 1.2 billion pounds of bags and wraps collected for recycling in 2015, 48% of the material was recovered in the U.S. and the rest 52% was exported to China for processing according to the ACC report (pg. 2). The recovered plastic is used to make plastic lumber, film, sheet, agricultural products, and more (pg. 8).

Citizens Need to be Proactive

People can also use Earth 911's recycling locator to find the nearest recycling facility for the different kinds of plastic bags.

Most single-use bags are used only to transport produce and shopping back home and then thrown away leading to massive volumes of plastic waste. As most of the plastic used is discarded, and just a tiny proportion is recycled, the problem has only grown.

Columbia University found that 7.7% of the plastic is burned for energy. However, this releases dioxins a long lasting persistent organic pollutant (POP) into the air that is harmful to people and wildlife, reports National Institute of Environmental Health Science. All other plastic still exists either in landfills or in oceans. 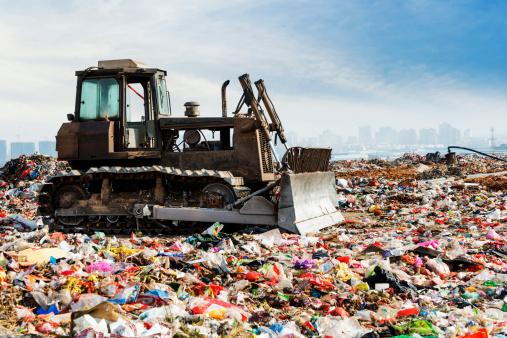 The bulk of the plastic bags end in landfills. There the chemicals like bisphenol A (BPA - a carcinogen), bisphenol S (BPS) and bisphenol F (BPF) leach into the soil and from there into ground water reservoirs, polluting them. Since plastics do not decompose soon, this form of land and water pollution can continue for many centuries.

Plastic bags are light and float in the air and water. Illegal littering and bags escaping from landfills has resulted in their presence everywhere. Plastic bags are caught in the tops of trees and blow around parking lots. They end up in streams and rivers and then float down finally into the oceans. EcoWatch reports that 46% of all plastic can float and that includes bags, especially the thin LDEP bags.

Marine pollution by plastic, including bags, and the adverse effect on this ecosystem is one of the main environmental concern of using plastic bags. Earth 911 regards plastic bags as the main source of debris pollution in the ocean.

Plastic bags in oceans can have many effects:

Avoid Use of Plastic Shopping Bags

One hundred thirty-five cities and counties in 18 states in the U.S. have banned plastic bags driven by concerns of its environmental impact reports Scientific American. To reduce plastic bags, people can carry reusable cloth bags or encourage local stores to increase recycling options. In addition there is an emphasizes in finding alternatives to plastic bags made from fossil fuels, like bio-plastics. The problem with plastic bags has been created by its over consumption in the last four decades. People managed well enough before the advent of the plastic bag. To maintain living standards new commercial innovations could easily replace it, in the same way that alternate fuel cars are replacing the old gas models.

5
Comments
© 2006-2020 LoveToKnow, Corp., except where otherwise noted. All Rights Reserved.
Are Plastic Shopping Bags a Problem in Our Environment?