Alternative fuels expansion continues as companies, researchers and even every day people work to find new ways to create energy. Expansion of fuel options is necessary. The dependency on fossil fuels has left resources scarce and costs rising. Due to this need, there are more alternative fuels being ready for use than ever before.

The Importance of Alternative Fuels Expansion

There are many reasons why alternative fuels are necessary. Global warming is one of the largest. An urgent need to transition from using toxic fossil fuels to healthier for the planet fuels has pushed expansion to the forefront. Many of these new fuels are eco-friendly, readily available and within reach to be implemented in the coming years. These healthier fuels may help keep the Earth healthier, sooner.

New Fuels on the Horizon

New fuels are becoming more readily available than ever. While corn and natural gas are under exploration as sources of fuel, so are many other products.

Raw biomass can be broken down with an acid steam to create a simple sugar, which can then ferment. When this happens, after a distillation process, the result is a high quality, fuel grade ethanol. The expansion of this type of fuel has the backing of various companies. The first commercial facility offering this fuel projects to happen by 2011.

This process allows for the protection of fuel grade ethanol derived from everything from crop waste to old tires. Here, the waste receives heat to a very high temperature, but it has no oxygen supply. Since combustion cannot happen, the result is a mix of carbon monoxide, carbon dioxide and hydrogen. After purification and various other steps, the result is a gas. There are plants scheduled to get underway with the production of this type of gas in 2009, in the states of Georgia and Pennsylvania.

The production of biobutanol is similar to that of ethanol except that the microorganisms used to break down the sugars have genetic modifications. The result is the production of alcohol with a more hydrocarbons. One of the benefits of biobutanol is that it can easily have transportation through existing gasoline fuel lines. Cobalt Biofuels, Dupont and Gevo are leading production of this alternative fuel. Plants are in the design process in both the United States and the United Kingdom with the hopes of opening them by 2012.

A look a bit farther down the line will show more methods of producing alternative fuels. For example, some scientists have been able to alter algae genetically. In doing so, they were able to cause the algae not only to turn CO2 gas into oil, but also to have the algae do this continuously into the water surrounding it. This oil can then process into the fuel biodiesel. Other forms of biodiesel are currently in use by some farmers. Although this process looks promising, the actual use of it is still at least five to eight years out. 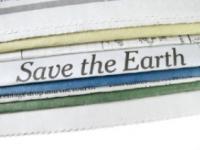 Alternative fuels expansion continues to grow rapidly. With so many promising options available and funding becoming more readily available for the research and development of them, it is likely there will continue to be new ways to get fuel. It can be overwhelming to know what is happening. For this reason, you may wish to keep an eye on some of the best sources for information regarding this expansion.

In an every changing world, the United States may be leading the way in the production of alternative fuels, but other countries are also researching and developing them.