Air pollution is a commonly understood environmental issue in the United States and around the world. The accessibility of this subject is driven primarily by advanced sampling techniques that allow for the creation of much more accurate air pollution statistics. These statistics give people the ability to undertake more measured responses to environmental contaminants and they provide a window into the impacts that the human race is having on the Earth.

Air pollution statistics from the EPA's Air Quality Trends information states that carbon monoxide pollution in the United States went down by 51% from 2000 to 2010. This drop is the second highest percentage drop behind lead.

Ground-level ozone has dropped by 11% throughout the United States from 2000 to 2010, according to the Air Quality Trends information. This is part of an overall reduction in average ground-level ozone by 28% since 1980.

Lead is one of the more dangerous industrial compounds that can be found in the air. As such, extremely vigorous methods have been pursued to mitigate the prevalence of lead in the air. The percentage of lead air pollution in the United States has fallen with the greatest speed and effectiveness of all major pollutants, according to the Air Quality Trends information. From 1980 through 2010, the level of lead polluting air in the United States dropped by 89%.

Nitrogen dioxide primarily impacts people inside of their homes and is a commonly cited corrosive pollutant that results from combustion appliances in the home. This can be anything from a stove to a water heater that uses a pilot light. Overall, nitrogen dioxide has fallen by 52% in the United States from 1980 to 2010, according to the EPA's statistics on nitrogen dioxide. Additionally, the drop in nitrogen dioxide has actually dropped below the imposed national standards for nitrogen dioxide put forward by the Environmental Protection Agency.

Sulfur dioxide is a gas that is most commonly produced by fuel combustion in automobiles and power plants. According to the Air Quality Trend information, sulfur dioxide has become 48% less prevalent in air throughout the United States since 2000; note that emissions of sulfur dioxide fell by 50% during the same time period. The EPA's sulfur dioxide stats show the national average amount of sulfur dioxide polluting the air has dropped 83% between 1980 and 2010. It has gotten so low that sulfur dioxide emissions have more or less leveled off over the past ten years. 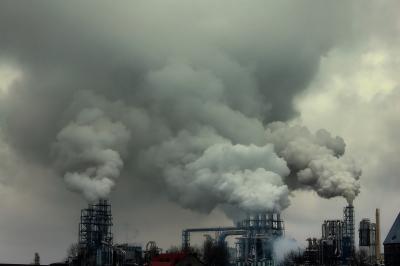 Air pollution is not a problem that is limited to only one country. In fact, it is a worldwide epidemic that is much worse in some countries than in others.

How to Interpret the Statistics

Whenever statistics are mentioned, there is always a contingent of people that misrepresent what those statistics say either intentionally or unintentionally. It can be very easy to interpret statistics incorrectly if you do not look at individual statistics as only one part of a whole data set. A few percentages don't mean a lot on their own and should be interpreted in the context of the set.

The people of the world have been demanding cleaner air for decades. This has been pushed in large part by the basic understanding that rampant industrial growth can simultaneously lead to rampant air pollution if left unchecked. Rampant air pollution can lead to a wide range of respiratory and other diseases. By providing people with air pollution statistics like these, governments and environmental agencies are keeping the public informed on issues that directly impact the health and well-being of all people.