There are many advantages associated with renewable energy. Find out about the different benefits of various types of renewable power sources so that you can make an informed decision about energy consumption in your home.

Solar power is created through the use of panels and other methods of collecting heat from the sun and converting it into energy.

Like solar energy, wind energy offers you a clean, alternative and renewable source of energy. You can have your own system or be part of a network that offers service to a community.

Biomass replaces fossil fuel with an alternative, renewable form of energy. Examples include corn, soybeans, and agricultural wastes. This form of energy is implemented at the utility level.

Methane energy provides another renewable energy source that benefits both the environment and especially farmers. Methane can be created from cow manure, which generates heat. This heat is captured and converted into energy.

Geothermal energy extracts heat from the earth and transfers it for use in your home. Geothermal heat is a byproduct of the natural decaying of minerals in the ground and the absorption of solar energy deep within the earth. While ancient uses of geothermal were limited to heating, modern technology allows for it to be converted into electricity. The most common home application uses geothermal for direct heating.

General Advantages of Most Renewable Energies

The environmental advantages of switching to renewable energy are unmistakable. The Environmental Protection Agency (EPA) stresses the importance of being able to produce energy without creating harmful greenhouse gas emissions or air pollution. On an individual level, using many of the renewable energy sources will reduce your carbon footprint because alternative sources such as solar energy, wind power, and hydroelectricity produce no emissions. 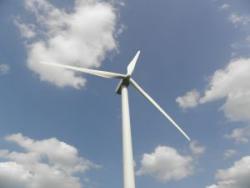 In addition to all the environmental benefits, the EPA stresses the economic benefits of using renewable energy. Investing in renewable energy can lead to job creation in everything from installation to manufacturing, according to the EPA. Naturally, many individuals will benefit from this situation, since they will be able to take advantage of the new job opportunities