Geothermal literally means earth heat and when you talk of natural, greener power, the advantages of geothermal energy provide powerful hope for the future.

What is Geothermal Energy

Take a moment and think of the last volcano you saw in action on a television show. You are witness to geothermal energy at its height of uncontrolled power. Imagine that power channeled and put to use heating homes or providing electricity. It is not a bright spot off in the horizon of energy usage; geothermal energy is already harnessed and in use in some places around the world.

Geothermal energy is natural energy, naturally made, and energy that is available to be enhanced and funneled to provide electricity and heat for many parts of the world. Geothermal heat exists at the core of the Earth, well over 4,000 miles below the surface we inhabit. As rock breaks down over time at the core, radioactive particles decay making temperatures of increasing degree. The heat and steam rise up and breaks forth in the form of volcanic activity at various places around the earth where plates (or pieces of broken earth) come together in the form of magma, lava that is partially made up of magma, and hot water and steam.

People actually have used the advantages of geothermal energy for hundreds of years, often by digging very deep wells and pumping the hot water and steam to the surface for use. Many natural hot water spas or springs around the world have been used for centuries and are products of man's elementary attempts to channel the energy. People have also used the natural juncture points as places to cook their food and heat their homes going back in history several thousands of years.

Where In the World is Geothermal Energy 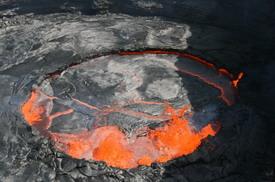 Geothermal energy plants exist in New Zealand, Iceland, Japan, Norway, Sweden and the United States. Italy was the first place in the world to have a geothermal energy plant. The process of building wells and storage containers to reach the steam energy is an interesting process. This process will prove even more so as science and technology go on exploring new natural sites, and think of ways to provide this energy to other parts of the world.

The building principles of a geothermal power plant are straightforward.

The Advantages of Geothermal Energy

Geothermal energy has its advantages and with improved methods of locating hot spots and of drilling techniques, we may see this power source become a major source of energy for generations to come.