Since the term "biofuel" first entered the energy lexicon of the average consumer, there has been a steady stream of advancements to this technology. While public perceptions on biofuels may have changed over the years, quite a lot of interest in the pros and cons of this fuel source still remain. It is important for all consumers to seriously consider both the positive and negative aspects of this still-emerging technology.

Biofuel advocates frequently point out the advantages of these plant- and animal-based fuels. No fuel source is completely positive or completely negative. Consumers need to weigh the pros and cons of biofuels to determine whether they feel comfortable with this resource as an alternative to traditional fuels.

Biofuels prices have been falling and have the potential to be significantly less expensive than gasoline and other fossil fuels. In fact, ethanol is already cheaper than diesel and gasoline. This is particularly true as worldwide demand for oil increases, oil supplies dwindle, and more sources of biofuels become apparent. 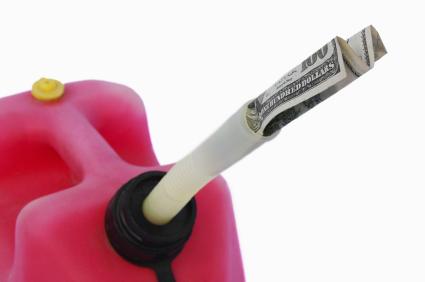 According to RFA (Renewable Fuels Association) February 2019 Ethanol Industry Outlook report, 2018 was a record breaker for ethanol production, reaching 16.1 billion gallons of renewable ethanol. This report states, "Ethanol remains the highest-octane, lowest-cost motor fuel on the planet." Additionally, in 2019, the U.S. Department of Energy (DOE) allocated $73 million for 35 bioenergy research and development (R&D) projects. Goals for the project are:

Former Secretary Rick Perry said the overall R&D goal is to "produce affordable biofuels that are compatible with existing fueling infrastructure and vehicles across a range of transportation modes, including renewable-gasoline, -diesel, and -jet fuels." Even U.S. production of 1 billion tons (dry tons) of non-food biomass won't cause a problem in food and agricultural marketplace.

According to RFA, the DOE funded R&D projects include, the cultivation intensification processes for algae as biofuel, systems research of advanced hydrocarbon biofuel technologies and renewable energy from urban and suburban wastes - wet waste methane. Whereas oil is a limited resource that comes from specific materials, biofuels can be manufactured from a wide range of materials including crop waste, manure, other byproducts, and algae. This makes it an efficient step in recycling.

Biofuels can be produced locally, which decreases the nation's dependence upon foreign energy. By reducing dependence on foreign fuel sources, countries can protect the integrity of their energy resources and make them safe from outside influences. In addition, biofuels can shift dependency on fossil fuels to a large extent since most fuel

Renewability Is an Advantage

It takes a very long time for fossil fuels to be produced. However, biofuels are easier to produce and are renewable as new crops are grown and waste material is collected. Many waste materials of food crops can be used in creating biofuels. The residue from the agriculture production of fruits and grains includes, straw and bagasse (sugar cane fiber) that are easily accessible to generate biomass.

The EPA states several first generation resources are used to create biofuels, such as sugarcane and sugar beet known as sugar crops. Another biofuel is made using soybean and canola, known as oilseed crops. Starch crops are corn and sorghum. Animal fats and oils are processed to make biodiesel. The bioalcohols these crops produce include, ethanol, propanol and butanol.

The Encyclopedia Britannica discusses second generation biofuels as having a smaller impact on the environment since unlike first generation biofuels, the raw materials are from nonedible plants, some of these plants that humans don't eat, include bamboo, grasses, various woods (sawdust) and plants. However, cellulose biofuels currently have a lower conversion rate in production, making them more suitable as fuel additives instead of a replacement for gasoline.

Biofuels made from algae are referred to as third generation biofuels. Algae is very promising as a biofuel since it generates a quality and diverse fuel. Algae produces an oil that is easy to refine into a diesel fuel, However, algae stability is less than other biofuels. The highly unsaturated oil is volatile at high temperatures.

Example for Running a City on Biofuel

National Geographic features Kristianstad, a Swedish city that runs on biogas. The city generates its electric and heating needs from the production of biogas. Cars are fueled along with city buses and garbage trucks. The city's two refineries produce enough biofuel to replace their annual gasoline requirements of 1.1 million gallons.

Despite the many positive characteristics of biofuels, there are also many disadvantages to these energy sources. These can be made as arguments against substituting biofuels for fossil fuels. 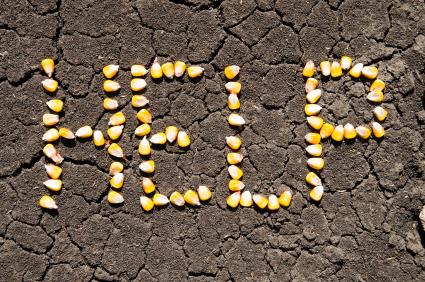 Biofuels have a lower energy output than traditional fuels and therefore require greater quantities to be consumed in order to produce the same energy level. This has led some noted energy analysts to believe that biofuels are not worth the work to convert them to ethanol rather than electricity.

Several studies have been conducted to analyze the carbon footprint of biofuels, and while they be cleaner to burn there are strong indications that the process to produce the fuel - including the machinery necessary to cultivate the crops and the plants to produce the fuel - has hefty carbon emissions. In addition, cutting forests to grow crops for biofuels adds to carbon emissions.

To refine biofuels to more efficient energy outputs, and to build the necessary manufacturing plants to increase biofuel quantities, a high initial investment is often required, making its production currently more expensive than other ways to fuel cars, even though this could change in the future.

As the demand for food crops, such as corn grows for biofuel production, it raises prices for necessary staple food crops. According to the University of Michigan, the increase in biofuel feedstock meant a higher demand on corn, raising the price as much as 20% to 50%. With the conversion of land to biocrops, less crops for human consumption means higher prices and in some cases could case food shortages

There is concern that using valuable cropland to grow fuel crops could have an impact on the cost of food and could possibly lead to food shortages. biocrops may increase production costs through the increased use of land and demand of water for crop irrigation. Some experts point to the 2008 world food crisis over rice as an example of what could happen due to increases in biocrops, although the rice crisis had nothing to do with biofuels and was caused by trade restrictions and panic buying. Still it is the shortage that is used as an example of what could happen when not enough food is produced and currently, biocrops compete with food crops.

Massive quantities of water are required for proper irrigation of biofuel crops as well as to manufacture the fuel, which could strain local and regional water resources. A 2018 assessment on the water impact of U.S. biofuels also looked at the impact of displace row crops by energy crops for biofuel and the irrigation requirements. It was discovered that energy crops were larger than row crops, required a longer growing season and reduced the flow of water. The transpiration (water movement in plants and evaporation) increased 15% to 30% and in some cases, this rate of water consumption increased as much as 60% to 80%.

The Future of Biofuels

Biofuels are not a silver bullet for the energy problems of the world. To solve the issue of dwindling fossil fuel reserves, all viable means of harvesting energy should be pursued to their fullest. However, the fact remains that biofuels are a reliable alternative energy resource. With more development and research, it is possible to overcome the disadvantages of biofuels and make them suitable for widespread consumer use. When the technology is available, many of the disadvantages will be minimized and the market very clearly has potential. Much of this could rely on the ability of energy producers to discover better plants to raise for fuel that use less water, less land, and grows quickly.

19
Comments
© 2006-2021 LoveToKnow, Corp., except where otherwise noted. All Rights Reserved.
Advantages and Disadvantages of Biofuels